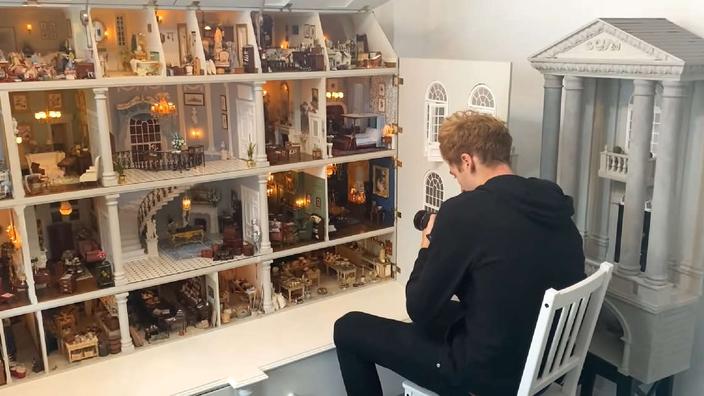 Two British YouTubers rented a luxurious London villa for a ridiculous price, which turned out to be … a doll’s house. The goal: to assess the solidity of the platform’s verification systems.

The ad, posted on the Airbnb platform, is enticing. A charming Georgian house in the upscale Clapham district, south of London: two large bedrooms, marble staircase, precious rugs and delicate statues, all for the sum of 87 pounds sterling per night… Or around 100 euros.

Arrived on D-day, impossible for tenants to find the designated place. The house does exist, however… In miniature. At the origin of the scam, two British YouTubers, Josh Pieters and Archie Manners, who photographed a dollhouse to post the ad on the online rental platform. Under the name of “Luxurious London 18th Century Townhouse ”, the ad was brought to you by a photo of Josh Pieters’ mother, as the so-called owner.

To see also – Airbnb: Emmanuelle Wargon announces the creation of a registration number on the ads to allow checks

Players, the two comedians had yet sown eloquent clues in the photos of the ad. The water bottle in the bathroom could have questioned the outlook, just like this life-size credit card, forgotten in the kitchen. This did not prevent Airbnb from accepting almost £ 3,000 (around 3,400 euros) in bookings that have been made.

Are the ads really verified?

“Archie and I thought it would be fun to put one of the smaller houses on one of the biggest websites in the world”, says Pieters in the video. The idea was to verify the robustness of Airbnb’s verification protocols. “You can rent almost any type of accommodation on Airbnb, but how accurately does Airbnb check its listings?” asks the YouTuber.

The two workers who were victims of the farce were however compensated: “Of course, we gave them their money back“, explain Josh and Archie according to the Dailymail. The tenants were also able to be compensated for one night in a 5-star hotel in Park Lane.