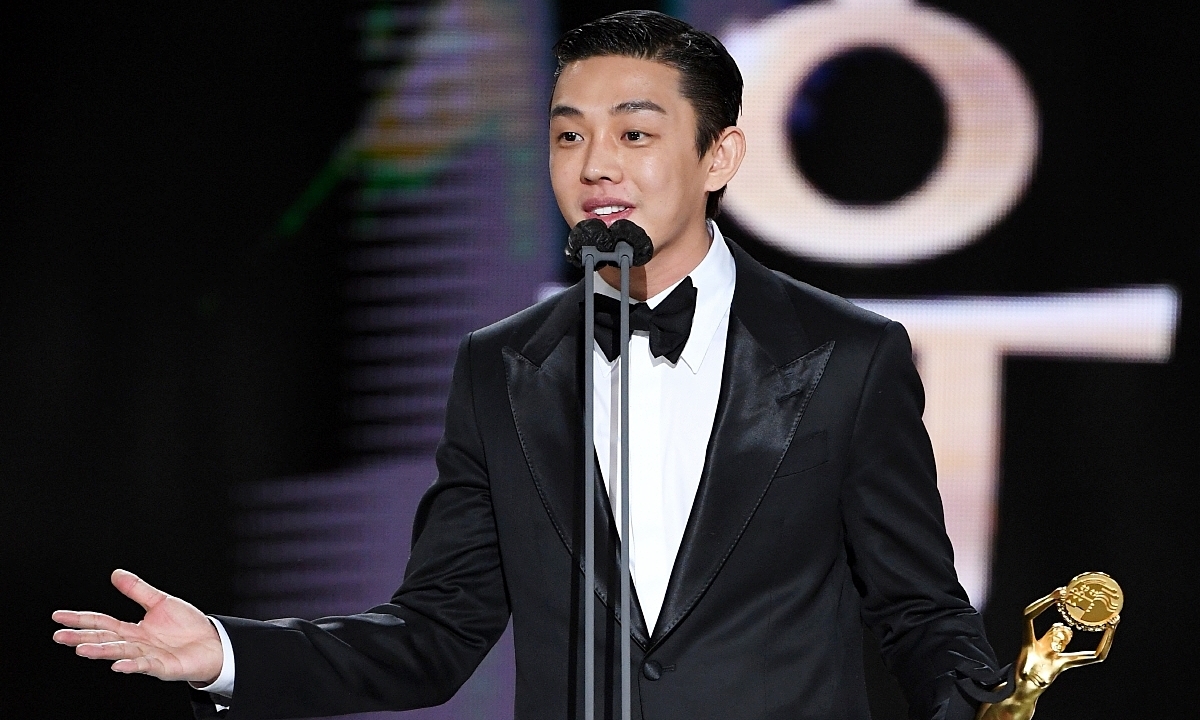 South KoreaActor Yoo Ah In won the Best Male Lead award at Green Dragon for his role as Tae In in “Voice of Silence”, on the evening of February 9.

According to the Sports ChosunThe category of Outstanding Male Lead is assessed as the most competitive, thrilling and difficult to choose Green Dragon this year. The five nominees – Yoo Ah In, Lee Byung Hun, Lee Jung Jae, Jung Woo Sung and Hwang Jung Min – are box office stars and won the “Emperor Photo”.

In the moment of being honored, Yoo Ah In (35 years old) in front of Lee Byung Hun’s row shook hands to express his admiration for his seniors. Previously, experts said that Byung Hun was sure of victory, even movies The Man Standing Next His lead the award with 11 nominations.

Yoo Ah In said surprised when his role as Tae In in Voice of Silence highly appreciated. He thanked the director, the production crew and the audience for their support. According to the Daum, the actor must gain 15 kg, shave his head when playing the role of Tae In – the person who received the money to clear the crime scene of the criminals, replace them to bury the body.

Yoo Ah In was born in 1986, hit the screen since 2003. Experts evaluate his acting is diverse, shining in both film and television. Projects Veteran (Where to escape), Burning (Tiger Killer), Love is forbidden… helped him rise to A rank, won many great awards. In it, blockbuster The Throne (Imperial tragedy, 2015) once helped him become the youngest “Emperor” in Green Dragon history, at the age of 29.

In real life, Yoo Ah In is also personality, always expressing a clear view on many sensitive issues such as politics, the metamorphosis of the Metoo movement (accusing rapists) … because he is not afraid of collisions and arguments with anti-fans and social media.

In the category of Best Actress (Queen Picture), Ra Mi Ran – movie Honest Candidate (The queen lied) – was named. She was touched, choked when overcoming the same nominees like Kim Hee Ae, Jeon Do Yeon, Jung Yu Mi … Her colleagues shouted Ra Mi Ran’s name, cheering her on to complete her speech.

Category Best Movie belongs The Man Standing Next (Successor), directed by Woo Min Ho, starring Lee Byung Hun. The work takes place in Korea in the 1960s and 1970s, the period when Park Chung Hee held the presidency for nearly 18 years. At this time, the Asian country developed economically, and was dubbed the “Miracle of the Han River”. However, the social situation was unstable with many political fights and riots. The screenplay is based on the novel of the same name, revolving around the last 40 days of President Park Chung Hee before his assassination in 1979. The work is currently selected by Korea to attend Oscar 2021.

Page Daum, Hancinema This year’s award ceremony evaluation is monumental, gathering many stars and amateurs. The event took place without spectators, artists were measured, had to wear masks and sit 2 meters apart according to government anti-epidemic regulations.

The 41st Blue Dragon Film Award has 15 main categories. The work was nominated to be released from October 11, 2019 to October 29, 2020, voted by experts in the film industry and audiences.