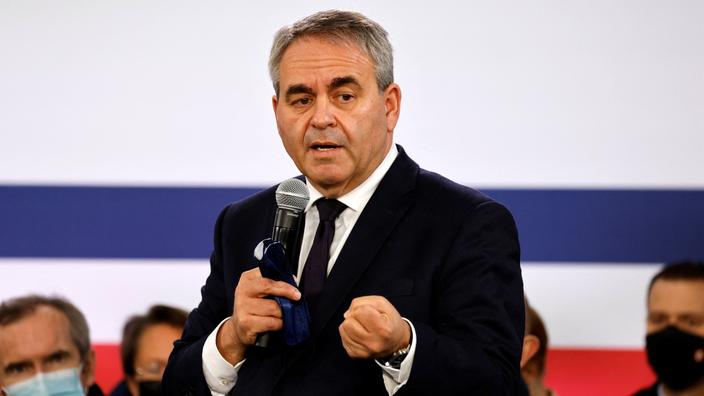 The candidate for the LR nomination wishes to advance the publication of this audit, generally unveiled after the presidential and legislative elections.

In an interview granted this Sunday to CNews and Europe 1, the candidate for the nomination of the Republicans for the presidential election Xavier Bertrand asked for more “transparency” on the state of public finances. “To know exactly where we are, I officially ask that there be an audit of the nation’s accounts that be done to distinguish between what was done at the time of the Covid crisis and what was done since “, explained the current president of the Hauts-de-France region.

Since the start of the school year, the candidate has multiplied criticism – among others – on the budget management of Emmanuel Macron, whether it is the energy check or the plan for Marseille. “Mr. Macron is campaigning with the checkbook of France. Since the start of the school year, 25 billion euros have been spent. I am not talking to you about the Covid crisis where action had to be taken. There, it is his re-election whatever it costs “, he repeated to justify the need for a financial audit.

Each new majority gets an audit

Such an audit already exists in the functioning of French institutions. “This is nothing new, explains the former rapporteur of the Court of Auditors François Ecalle. At each change of majority for more than twenty years, the new government requests an audit of public finances. In 2017, Emmanuel Macron had also done it. Since 2012, the Court of Auditors has been in charge of it and it is provided very quickly after taking office ”, details the founder of the Fipeco association (Public Finances and Economy)

The former senior official, however, wonders about the feasibility of an audit of the state coffers before the presidential election. “This does not seem possible to me because the Court of Auditors does not publish anything during an election period so as not to influence the debates. And only Parliament and the government can request an audit ”, explains the specialist in public accounts.