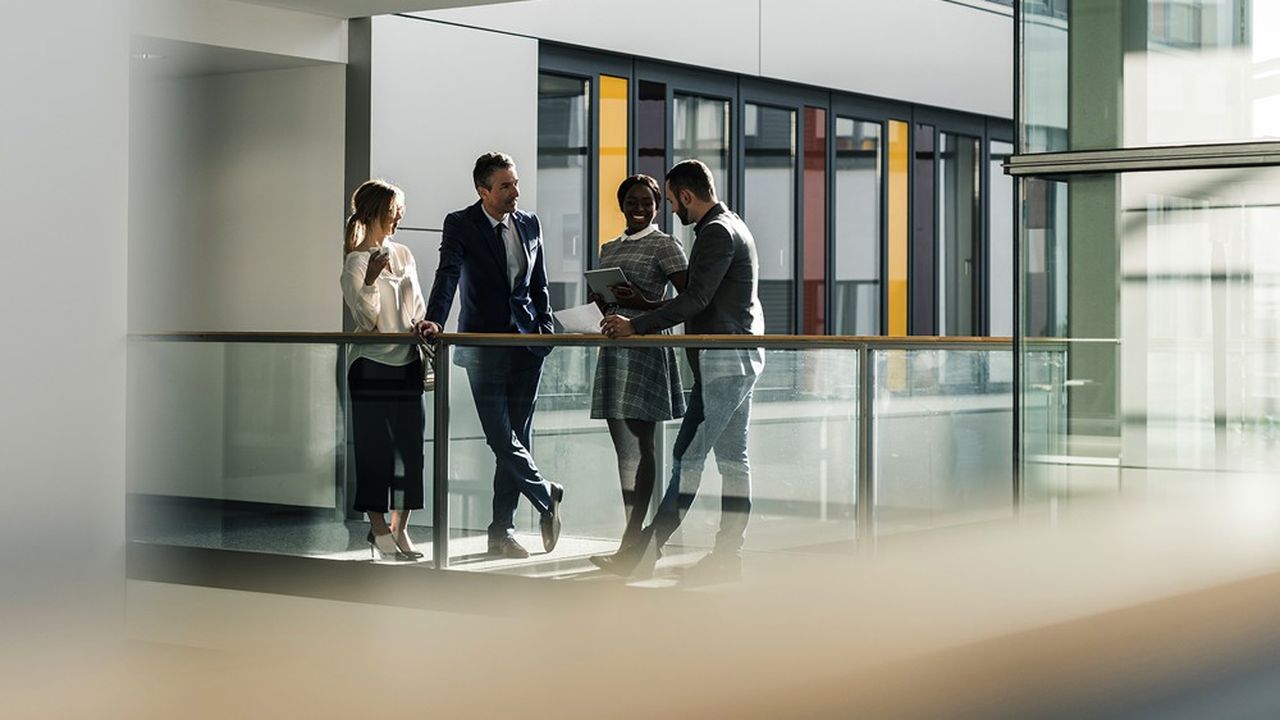 Crisis ? What crisis? Weighed down by inflation and supply difficulties, the French economy continues to hire… with a vengeance, which somewhat puts into perspective the recruitment difficulties of which employers complain. Payroll employment in the private sector increased further in the second quarter, even exceeding by far the forecasts. Between the end of March and the end of June, it increased by 0.5%, ie 0.2 points more than in the first three months of the year. In total, 102,500 additional jobs were created over the period, according to a provisional estimate from INSEE published on Friday.

For the record, the National Statistical Institute expected “only” 37,000 more in its last economic report at the end of June, based it is true on an assumption of lower GDP growth than that finally observed (the GDP increased by 0.5%, not 0.2% as expected).

In detail, the non-temporary workforce in industry increased very slightly (+3,100), the only sector not to have caught up since the Covid pandemic. They were on the spot in the construction. As for a year, it is the commercial tertiary sector which serves as a locomotive, with nearly 100,000 jobs gained over the quarter (+0.8%). “This dynamism explains most of the total increase in private salaried employment,” underlines INSEE.

The non-market tertiary sector also increased significantly: +0.7%, or +19,500 jobs, while the statistical institute was counting on stability. Private education has been particularly dynamic.

It should be noted that temporary work, counted in this publication regardless of the sector in which the assignments are carried out, lost 17,000 jobs as a whole. Some will see it as a harbinger of a less rosy future for employment. Not sure. “We had already seen this before the Covid: after reaching a peak, the use of temporary work and fixed-term contracts had decreased”, recalls the head of the synthesis and labor market conditions division of INSEE, Sylvain Larrieu.

CDI at the top

In fact, employers may favor long contracts for the sake of loyalty, even when the economic outlook is uncertain. This was observed Prism’emploi, the federation of temporary work, at least in the construction industry. The number of permanent hires has still far exceeded 400,000 per month since the start of the year, a threshold never reached before the Covid, according to Urssaf.

The strength of these employment figures did not fail to surprise given the still fairly weak level of activity in the second quarter, most of the improvement having been fueled by the dynamism of the hotel industry , catering and transport . “The catch-up in activity continued in the second quarter, in particular international tourism”, abounds Sylvain Larrieu. With a downside, however. “The crisis is still there and is manifested in particular by a number of absences for sick leave which is still high, which affects the working time per employee”, he notes.

Economist at the OFCE, Eric Heyer does not hide being a little lost. Unless GDP is underestimated (which is possible), the job creation/growth ratio does not stick and reflects productivity losses that are normally temporary. “We see this at the start of the crisis and productivity picks up with activity. There, it has been going on for a long time, perhaps because part of the employment is subsidized, in the case of work-study contracts in particular, ”he comments, while he expected a stabilization, at best, employment over the quarter.

The very good employment figures since the end of the crisis are perhaps also the beneficial repercussion of the development of partial activity, continues Eric Heyer: to benefit from it, many employers have had to declare employees that they were doing moonlighting before. Perhaps also because a number of seconded workers, who are not counted in employment, have been replaced by French workers who are. Nevertheless, all this bodes well for a few days before the publication, on August 12, of the unemployment rate for the second quarter. As a reminder, it was 7.3% of the active population on average over the first three months of the year. The drop of 0.1 point expected for the spring could be more marked.

To give an additional boost, the government will launch its major “France travail” project at the end of August or beginning of September, a promise made by candidate Macron. This is to ensure that all organizations responsible for the integration of the unemployed – employment center, local missions, regions, departments or associations – come together in consortia at a mesh which could be that of the employment basin. Experiments will also be decided to strengthen support for employment of RSA beneficiaries.

Another consultation will also be launched at the start of the school year with the social partners to go further on the reform of unemployment insurance. In addition to an overhaul of Unédic’s governance, the executive wants the compensation rules to better reflect the economic situation. “When things are going well, we tighten the rules and, when things are going badly, we relax them”, recently declared the Minister of Labor, Olivier Dussopt. The good performance of the labor market will strengthen the government’s desire for reform, in order to tackle long-term unemployment and labor shortages.