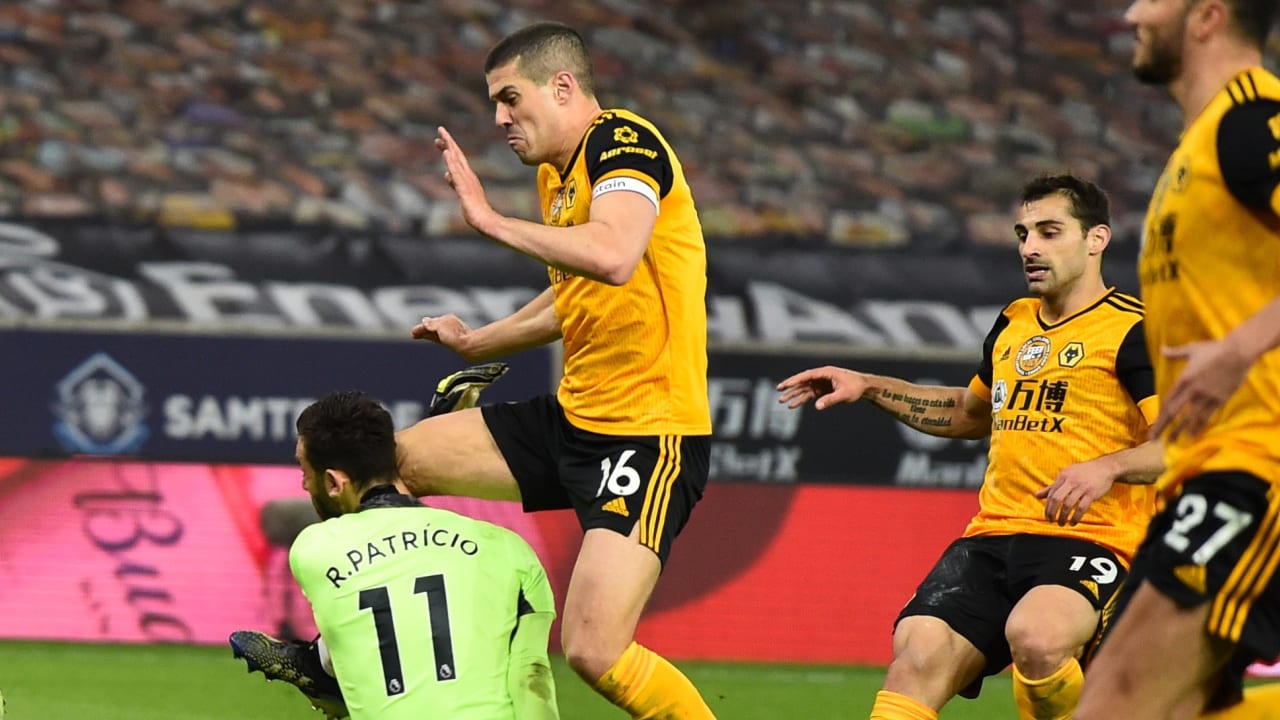 Liverpool win 1-0 at Wolverhampton. But this victory loses its meaning.

The 88th minute: Wolverhampton’s goalkeeper Rui Patricio and teammate Coady collide with an offside goal from Liverpool’s Salah. The defender unintentionally hits his keeper in the head with his right knee.

Rui Patricio remains motionless on the floor and is treated by the doctors for around 12 minutes. With the stretcher, paramedics finally bring him from the field, the head is stabilized with a neck brace.

After initial investigations, the English club Wolverhampton reported on Twitter that night: Goalkeeper Rui Patricio is okay! It says: “He is conscious and remembers what happened. We spoke to the attending doctor who said he would be better soon. “

Klopp wins and for a moment it was like the best of Liverpool times. Diogo Jota (24) scored the decisive goal in stoppage time in the first half to 1-0 (45 + 2).

A tiki-taka gate reminiscent of the masterly Liverpool. One-touch soccer from Salah and Mané serving Jota. Liverpool’s 45 million Portuguese, who came from Wolverhampton before the season, completed directly with the left to the lead.

Another step out of the crisis: Jürgen Klopp (53) won the quarter-finals in the Champions League on Wednesday with a 2-0 win against RB Leipzig.

Kloppo relies on his winning team from the premier class in the league, bringing the central defender duo with Nathaniel Phillips (23) and ex-Schalke Ozan Kabak (20). In addition to the long-term injured defense pillars Matip, van Dijk and Gomez, captain Henderson and Firmino are also missing.

Are you a real Liverpool expert?