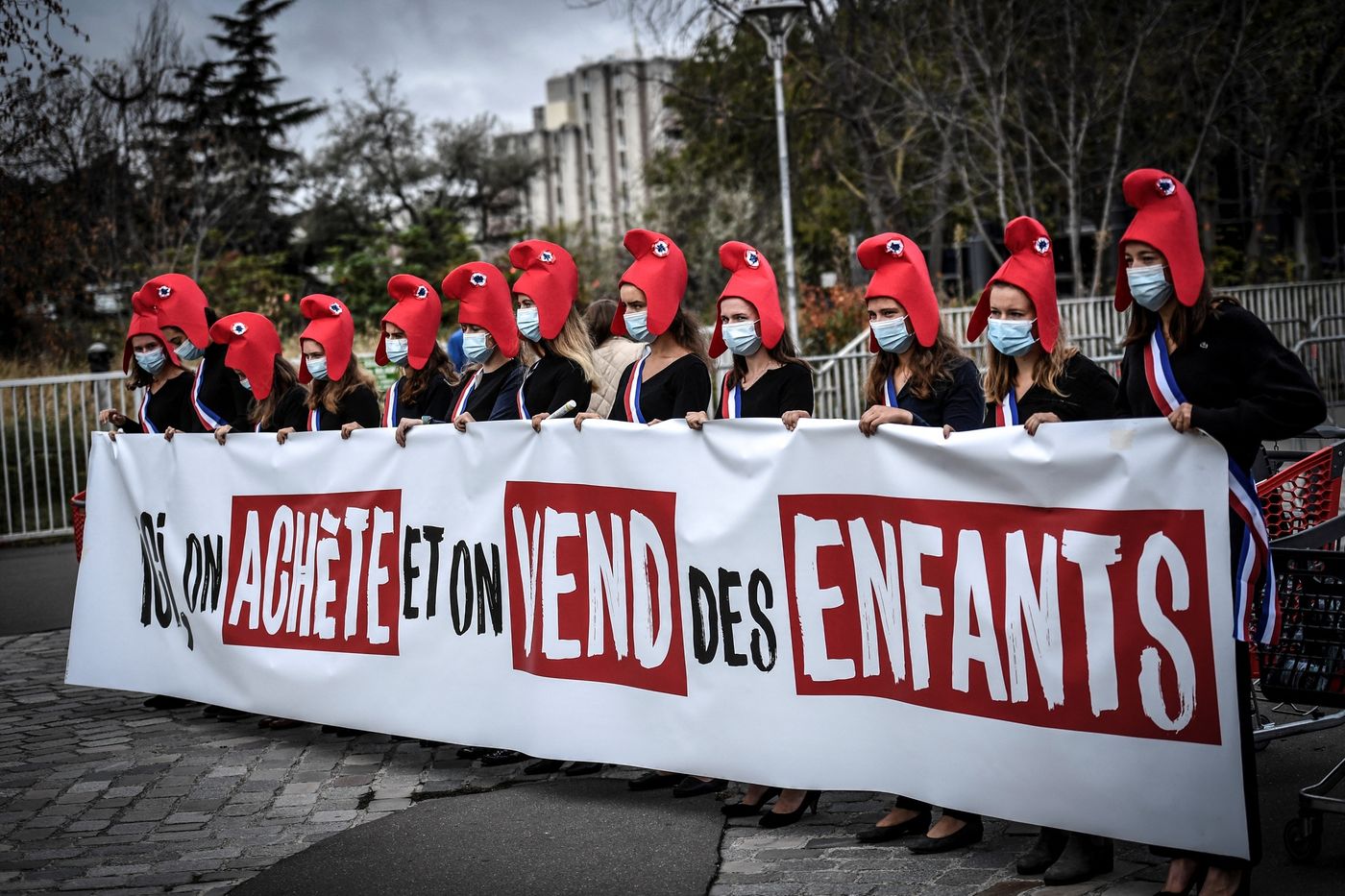 These Saturday September 4 and Sunday September 5, the Désir d’enfant fair is to be held at Porte Champerret in Paris. This event, presented by its organizers as “The first information fair in France on parenthood and fertility”, has been the subject of much controversy since the first edition was held last year.

→ IN 2020. At the salon Désir d’enfant, PMA and GPA instructions for use

In fact, in the aisles, alongside representatives of alternative infertility treatments, such as hypnosis and acupuncture, foreign companies will offer surrogacy services (Surrogacy). If no contract must be concluded on the spot, promise the organizers, the very presence and the commercial canvassing of these companies, whose establishment is prohibited in France, questions: is this a sign that surrogacy is progressing, at least in the heads?

In order to denounce “A deafening silence of the authorities and the justice”, which did not prevent the holding of this show, “La Manif pour tous” calls on its supporters to demonstrate on Saturday September 4 at 2:30 p.m. in front of the Champerret space. Throughout the weekend, the association will have a stand near the show and will run a campaign on social networks. This is, according to President Ludovine de La Rochère, “To make people understand that, when we talk about surrogacy, we are talking about human trafficking and the commodification of the female body. Everyone must open their eyes. “

In recent years, surrogacy has become very present in the public debate. Last example, the book by host Marc-Olivier Fogiel, which tells of the birth of his two daughters by GPA, must soon be adapted by France 2, a public service channel, while another host, Christophe Beaugrand, must publish his own testimony in October at Éditions Stock. In 2020, the CorP, a collective led by Sylviane Agacinski who is opposed to surrogacy, had also lodged a complaint against France Télévisions which she accused certain documentaries of bias.

Also, by small touches, could surrogacy, a scandalous idea a few years ago, irrigate society, and go from confidential to acceptable in people’s minds? “It is possible that surrogacy will one day become legal by the simple fact that it is more and more named, recognizes the philosopher Pierre Le Coz, because language can bring about. “ The omnipresence of a term would help make the reality it designates more acceptable, explains the scholar, who cites his own experience within the National Consultative Ethics Committee. “With each ban posed, we help, in spite of ourselves, to make the idea that we are fighting a little more exist. Because each time we name, we make exist in dotted lines. “

“We need a convergence of fundamental developments”

“For ideas to prevail, they must nevertheless be at the convergence of substantive developments”, completes the sociologist Alain Mergier. What could surrogacy then be the name? Because “The relationship with the body and sex is changing very quickly before our eyes”, slice the researcher. The organizers of the show have, according to him, captured the zeitgeist. “The notion of desire for a child, which is central today, underlies that it is socially accepted to want a child for himself, even for himself, in a sort of process of personal development, outside any love relationship “, Alain Mergier analysis.

→ TRIBUNE. What if we were done with surrogacy?

However, this first major sociological development could be combined with others: “The fact that sexuality and procreation are no longer systematically linked, that families are broken up and that the notion of ‘gender’ has popularized the idea that the biological body and identity are not necessarily correlated”, continues the sociologist. Will all these tensions create a cultural climate conducive to the demand for surrogacy?

“The risk is that we end up saying to ourselves: why are we forbidding this, when everything else is allowed? “, confirms Pierre Le Coz. Recalling the limits to the omnipotence of individual freedom would become, he fears, less and less audible. “Individual freedom will perhaps become the absolute value, unheard of in the history of mankind. Until now, man has always been subordinated either to God, or to ancestors, or to higher values ​​of the common good. If in this debate on surrogacy, we were to succeed in erasing all other interests including that of women and the unborn child, then we would enter a new civilizational era. “