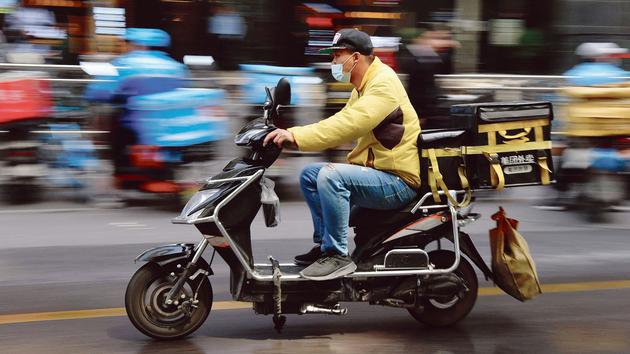 ANALYSIS – Beijing, obsessed with its technological sovereignty, regains control over private groups that have become too powerful.

From our correspondent in Asia

Socialist prime time reality TV show in Beijing. With his black official’s parka, Wang Lin gets on a scooter in traffic jams to play deliveryman, becoming the unlikely hero of a documentary that flushes out the Stakhanovist practices of Meituan, the juggernaut of home meal delivery. The austere deputy of the social affairs office of the municipality ended the day exhausted under the watchful eye of the cameras, to better denounce the exploitation of the small people of the capital by the “Chinese Deliveroo”, becoming an ephemeral star of social networks. “The big bosses of Meituan, Alibaba, Didi, Baidu must also go and live the life of the people. There is too much exploitation!», Applauds a user on Weibo messaging, pointing to the platforms that dominate the world’s leading online market.

This report broadcast by Beijing TV inaugurates a series entitled “I do real work for the masses.” This one features frames