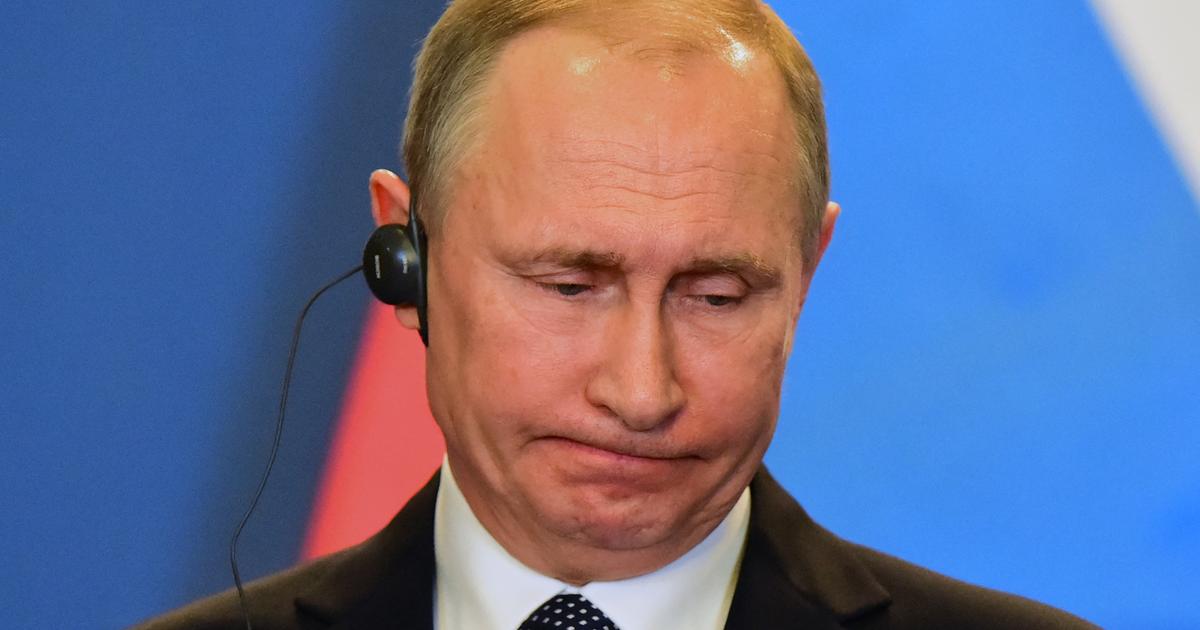 The Americans, the Europeans and some of their allies have been increasing sanctions for several days to weaken the Russian economy.

Failing to fight Russia on the military front in Ukraine, Western countries are focusing their response on economic sanctions. A look back at the main measures taken since the start of the war in Ukraine.

The 27 had already chosen to put in place sanctions following the annexation of Crimea in 2014, the war in the Donbass and the crash of flight MH17 in 2014. A strategy that they have been replicating since Russia invaded Ukraine on February 24, with heavier sanctions than before.

The Russian financial sector is particularly targeted. The reserves of the Russian Central Bank placed in the European Union, but also in the G7 countries, are frozen in order to prevent any transaction or repatriation of these liquidities to Russia. Similarly, prominent Russian personalities like Vladimir Putin, his head of diplomacy Sergei Lavrov, high military ranks and oligarchs have their financial assets held in the EU frozen. In total, 488 people and entities are initially targeted, to which were added on Sunday 26 names of additional oligarchs and a Russian entity, specifies Bercy. In addition to spokesman Dmitri Peskov, there are businessmen, senior army officers and half a dozen journalists. The list was approved by member states and published in the Official Journal of the EU on Monday.

The European Union is also preparing to exclude certain Russian banks from the Swift messaging and transaction system, a key cog in global finance and trade. The identity of the banks involved is not yet known. Institutions like Gazprombank which finance the energy sector, on which Europe is very dependent, could thus not be excluded from Swift.

In an attempt to suffocate the Russian economy, exports of “crucial technologies” from the European Union to Russia are also suspended. This affects electronic components, software, equipment for the aeronautics and space industry or parts useful for oil refining.

Other measures with economic implications, European airspace has been closed to Russian planes and companies since midnight February 27. Finally, Brussels intends to ban the Russian news media Russia Today and Sputnik, both financed by Moscow.

Some European countries have taken specific national measures. Germany has suspended the Nord Stream 2 gas pipeline project, already built but not yet in operation, which is to transport gas from Russia.

The Americans have agreed with the Europeans on the nature of the sanctions. They also froze the assets of the Russian Central Bank, the assets of oligarchs, executives of the Russian regime and part of the technological exports to Russia. Four Russian banks, including the country’s two largest, Sberbank and VTB Bank, are also to be sanctioned, as the United States plans to deprive the Russian state and 13 Russian companies, including Gazprom, of access to capital markets Westerners.

Aligned with the United States and the European Union, London blocked the financial assets of more than 120 Russian companies and personalities in the accounts of British establishments. A freeze accompanied by territorial bans against relatives of Vladimir Putin and a closure of its airspace to Russian companies. Boris Johnson has also promised to tackle economic crime in a law, in particular that of the oligarchs who have been pouring their fortunes of dubious origin into the City since the 2000s. The Prime Minister plans “to completely exclude Russian banks from the British financial sector“. The British government also decided on Monday afternoon to ban Russian-flagged vessels, as well as those chartered or owned by Russians, from entering UK ports.

In Canada, Prime Minister Justin Trudeau has also targeted Vladimir Putin, Sergei Lavrov, and around 60 people and companies close to Russian power who will be sanctioned. Canada has also chosen to block export permits for Russia, for a value of 487 million euros in the aerospace, mining and information technology sectors. Canadian airspace is closed to Russian aircraft like that of the European Union.

Often more hesitant than other G7 partners to sanction Russia, Japan has unambiguously joined the position of its Western allies since the invasion of Ukraine. Fumio Kishida’s government has resolved to cut Russia off from the Swift international banking network, to freeze the assets of Vladimir Putin and regime officials and to block the transactions of the Russian Central Bank. The export of semi-conductors, essential in modern industry, from Japan to Russia is interrupted.

Outside the G7: Australia and Switzerland

In solidarity with Europe and the United States, Australia targets Russian personalities and entities close to power with financial sanctions.

Read alsoRussia bans airlines from 36 countries in retaliation for sanctions

Switzerland initially chose not to imitate Western sanctions against Russia, and the question of freezing Russian assets was debated there. But ultimately the country opted to resume full European Union economic sanctions, including against President Vladimir Putin, and asset freezes.