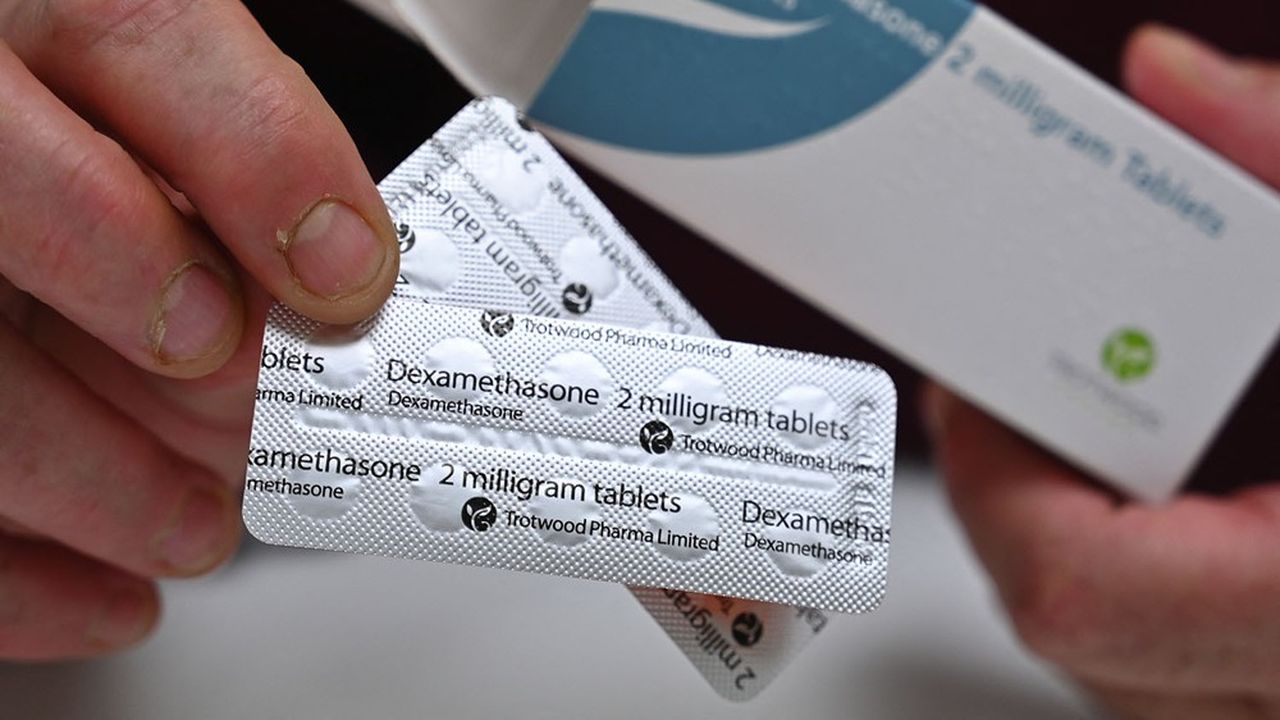 The Swiss laboratory Roche and the American biotech Regeneron announced on Tuesday promising results from their treatment against Covid-19, a cocktail of antibodies. Still in the testing phase, it is the subject of a temporary authorization for use in France to treat adults most at risk of severe forms of the disease.

What treatments are already used against Covid?

This molecule from the steroid family would reduce mortality in the most seriously ill by a third, according to the results of the Recovery study published in June. Along with other corticosteroids, it is one of the few drugs that has really proven itself in the fight against Covid-19.

According to another study from the Recovery trial, published in February, this molecule would work even better in combination with another anti-inflammatory drug, tocilizumab (Roche).

Another molecule, remdesivir (Gilead), was authorized in the United States, then in Europe last July. This antiviral slightly reduces the recovery time of hospitalized Covid-19 patients (from 15 to 11 days on average), according to a study published at the end of May in the American journal “New England Journal of Medicine”. On the other hand, it has not proved any benefit in terms of reducing mortality.

In France, the High Authority for Health (HAS) judged that its interest (or “actual benefit”) was “low”. A study published with the support of the WHO even concluded that the drug “appears to have little or no effect on patients hospitalized with Covid-19, if we are to believe the death rates, of start of ventilation or duration of hospitalization ”.

These treatments, still in the testing phase, are all based on the same principle: mimicking the immune response to prevent the virus from entering cells by attaching itself to the Spike protein. The treatment developed by Roche and Regeneron is one of them. By combining two monoclonal antibodies (casirivimab and imdevimab), the pharmaceutical company wants to ensure that its treatment will remain as effective as possible, even in the event of a mutation of the virus.

The latest results seem to confirm the effectiveness of this cocktail of antibodies, with a 70% reduction in hospitalizations or deaths in patients who received a combination of two antiviral antibodies, compared to those who received placebo treatment. The European Medicines Agency (EMA) has already given a favorable opinion on the use of this medicine.

The treatment from the American pharmaceutical group Ely Lilly is the first of its type to have received a temporary authorization for use in France at the end of February. It is indicated, according to the Directorate General of Health, in the treatment of mild to moderate forms of Covid-19, in individuals at high risk of developing a severe form of the disease: patients over 80 years of age or having undergone a chemotherapy, for example.

Other groups are working on treatments based on monoclonal antibodies. This is the case of the British GSK, allied with the American biotech Vir, or AstraZeneca. But several factors still limit the deployment of these new treatments, including their very high price. At the end of January, Germany announced that it had spent 400 million euros to buy Regeneron and Lilly 200,000 doses of their antibodies. Or 2,000 euros per treatment.