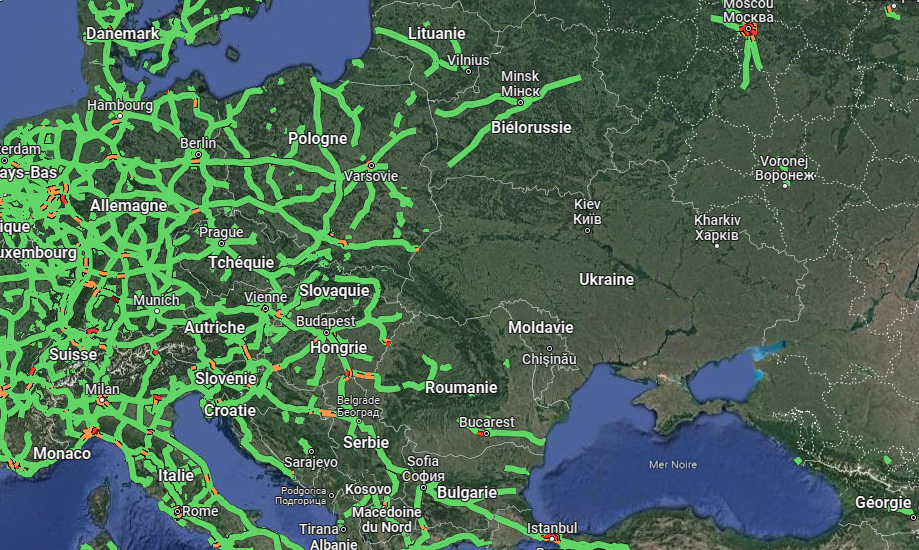 Google Traffic and Reviews allow people to communicate with each other about the conflict between Russia and Ukraine.

Obtaining reliable and accurate information on the conflict between Russia and Ukraine is not an easy task. Russian President Vladimir Putin has implemented censorship through his media regulatory service, Roskomnadzor. The latter blocked access to foreign media coverage of the war in Ukraine, including Facebook and Twitter.

Thus, national media must remove all references to civilians killed by Russian forces and are prohibited from using the terms “invasion», «offensive” and “declaration of war“. Vladimir Putin announced on Tuesday that he had blocked access to an online television channel, Dojdand on the radio Echo from Moscow. Both independent, they were trying to strengthen their control over information in the midst of the invasion of Ukraine.

It was therefore necessary to find alternatives, in particular to inform the Russians about the actions of their Head of State. This Monday, the hacker collective Anonymous relayed the idea of ​​a user on Twitter. He called for the use of Google Maps to post notices on businesses, in order to inform the Russian population: “ Go to Google Maps. Go to Russia. Find a restaurant or business and write a review. When you write your review, explain what is happening in Ukraine.»

“A man claiming to be the ruler of Russia has declared war on independent Ukraine. The Russian army has been killing Ukrainian civilians since the start of the war. Russia, wake up“, mentions a user in the comments of a Burger King restaurant in Moscow. Other Internet users have also uploaded photos to the country’s monument galleries. These pictures show injured civilians or destroyed buildings.

But those reviews and photographs were already largely deleted on Wednesday. For its part, Google indicates that “out of an abundance of caution, we remove user contributions, such as photos, videos, reviews, and commercial information, as well as all user-submitted locations on Google Maps in Ukraine, Russia, and Belarus since the beginning of the invasion, and we temporarily block any further modification“.

Google Maps reviews aren’t the only feature that has been used. Researchers also followed the advance of Russian troops in Ukraine via the circulation tool. According to washington posta professor at the Middlebury Institute of International Studies, Dr. Jeffrey Lewis, observed an unusual traffic jam near the Ukrainian border on the night of February 23.

At 3:15 a.m., a red line appeared for several kilometers, signaling heavy traffic. This information came from the phones of civilians stranded at the border and not from Russian soldiers. “ Today you can open Google Maps and see people fleeing Kiev “said Jeffrey Lewis.

In order to avoid endangering Ukrainians, Google Maps has decided to deactivate the traffic function in the country from abroad since last Sunday. The group has also disabled information about visits to shops, restaurants, parks and other public places. However, the analysis is still available to Ukrainians using the app on site.