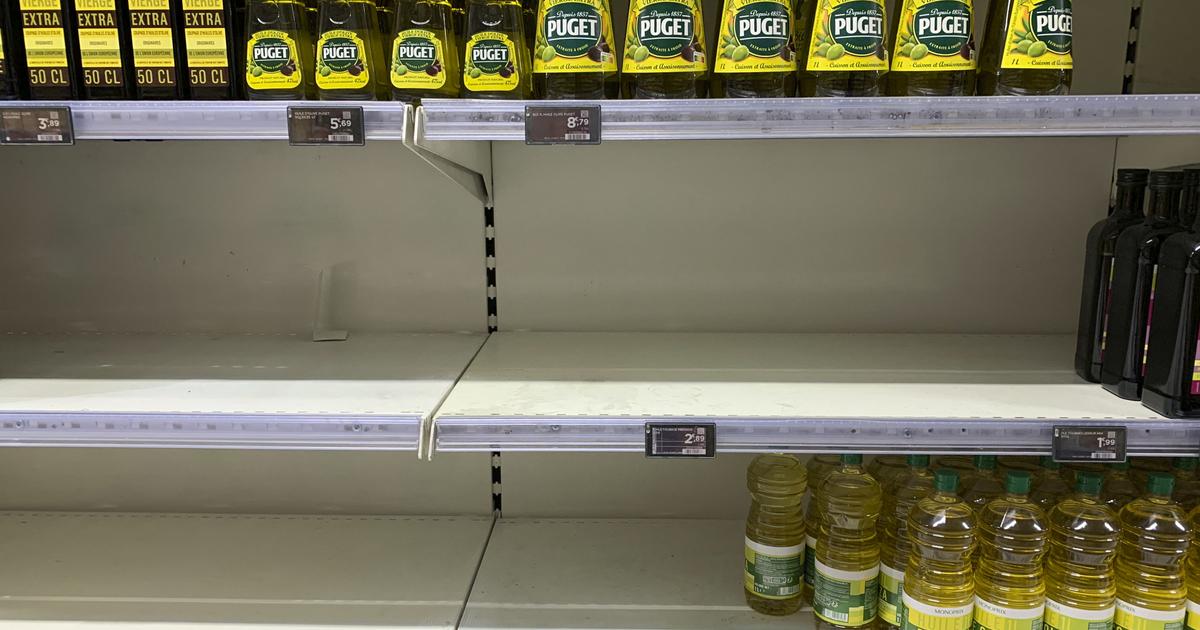 Consumers flock to these two basic products, a large part of which comes from Ukraine and Russia. Sales jumped 57 and 55% last week.

Flour, oil… The rush on these basic products is no longer in doubt. According to a note from the analysis company IRI, oil sales actually jumped 55% during the week of April 4 to 11, compared to the same period last year. Flour sales increased by 57.4%.

A buying frenzy that set in several weeks ago. Indeed, Ukraine is the largest producer of sunflower oil in the world, and Russia and Ukraine account for no less than 78% of world exports. On the wheat side, Russia and Ukraine represent 30% of world exports, with respectively 75 million and 33 million tonnes produced each year. Russia is the world’s leading exporter, and Ukraine the fourth, with 75% of its production going abroad.

“Since the beginning of the conflict in Ukraine (end of February), the volumes of oils [vendus] are up by +33% vs 2021 and +4% higher than in 2020 (storage period and start of the first confinement during which the French had devoted time to cooking and baking): enough to mistreat supply chains ! “, specifies the IRI in its study.

A rush that puts the supply chain under pressure. The reference panelist on supermarket sales, NielsenIQ, had already explained to AFP on April 7 that he had observed an increase in the availability problems of certain products on the shelves. From February 21 to March 27, oils, flour and pasta saw the number “breakage incidents in supermarkets», excluding Lidl or Aldi discounters, «grow more or less significantly“, respectively 37% for oils, 26% for flour and 21% for pasta, said Nicolas Léger, analytical director at NielsenIQ.

Despite these precautionary purchases by consumers, professionals want to be reassuring about short-term stocks. Several representatives of the retail sector have indeed hammered that there was no risk of shortage on all the products marketed. “In France, today, there is no shortage for everyday consumption and there will not be until the summer“, had declared at the beginning of April on BFMTV the president of the strategic committee E.Leclerc, Michel-Edouard Leclerc. “Pasta, there is. For sunflower oil, our stocks go until June“.

“On sunflower oil, there are some precautionary purchases but we are not in complete shortage of supply“, had also declared the boss of System U, Dominique Schelcher, at the microphone of Radio Classique. “People are stocking up and that’s what may empty the shelves right now, but there will be merchandise again. Not necessarily all brands, but there will be products, don’t panic“.

Regarding sunflower oil, used in many processed products, the shortage problem could therefore arise after the summer. At the end of March, the Ukrainian Minister of Agriculture estimated that the Russian invasion risked halving the next grain harvest. The Ukrainians “will sow wherever possible” but only “50% to 75% of territorieswill be able to be exploited, underlined Mykola Solsky, who also indicated that many farmers had “joined the army or territorial defense», creating a labor shortage.

Read alsoShortage of sunflower oil: informing consumers of recipe changes is a headache

Sowing has started well in Ukraine, but if the sunflower volumes are not there, “this will be a problem for sunflower oil and for the food industry“, recognizes Thierry Desouches, spokesperson for System U. Even if they sow, it will also be necessary to get the goods out of a country today cut off from trade routes. An uncertainty that could further increase the temptation of precautionary purchases.