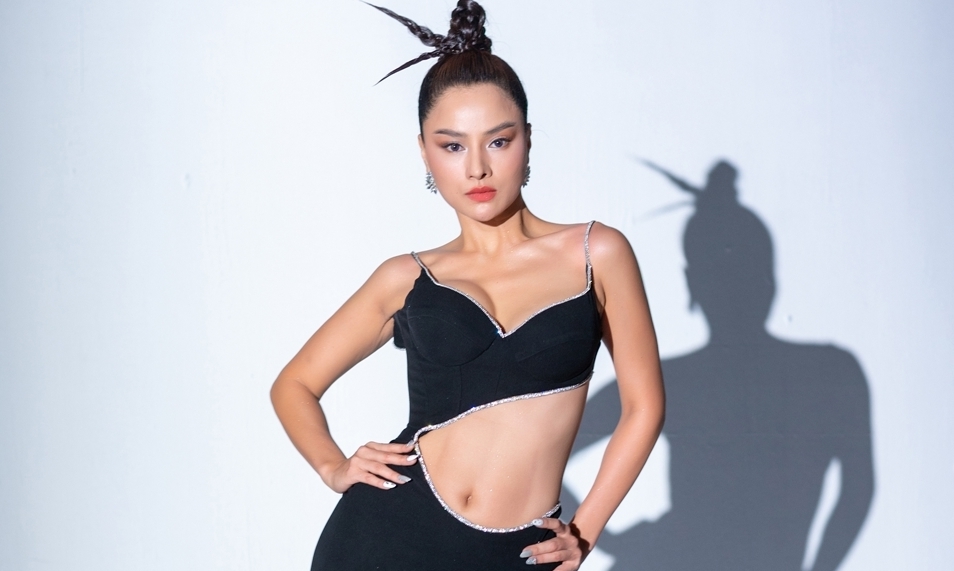 Model Vu Thu Phuong chose a bold cut dress, honoring her body, in a fashion video she made after her absence.

The beauty said she was full of energy when she returned to showbiz after a period of absence. To record her nearly 20 years of modeling activity, she made a new video.

It took more than a month for the model to perfect the product, from ideation, to preparing clothes, to inviting the crew to perform, to post-processing. On the shooting day at the beginning of March, Vu Thu Phuong mobilized 30 staff including cameramen, hairdressers, makeup experts, stylists, assistants… Vu Thu Phuong said: “This time I invited the young crew to join me. implement ideas. I like your active and creative personality, creating more inspiration.”

She wears three dresses with cut-out designs. At the age of 36, Vu Thu Phuong is said to have a diverse style, sometimes sexy, sometimes youthful. She said: “I did not choose to stick to the aura of the past, but instead chose to change, ready to experiment with new styles to bring excitement to the audience.” To stay in shape, she chooses a low-carb menu, eats a lot of fruit, boiled vegetables, drinks non-greasy broth… Every day, Vu Phuong practices catwalk, yoga for an hour.

The beauty was born in 1985, from Nam Dinh. She was famous in the catwalk village at the same time as the long legs: Bao Hoa, Vo Hoang Yen, Ngoc Quyen. In addition to modeling, she has acted in films: Advertising agency love story (2008), Reluctant girl (2009), Prince beggar(2011), Upstream aspirations (2011). In 2011, Vu Thu Phuong married businessman Thanh Hai.