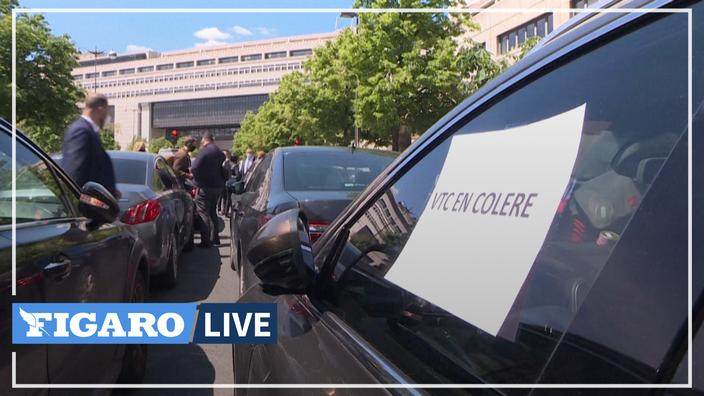 A project to ban transit in the center of Paris concerns VTCs, but not taxis.

They are expected at the very beginning of the afternoon on rue de Bercy, in Paris. The VTC drivers will demonstrate from 1 p.m. this Saturday, May 29, to protest against a proposed traffic ban in the center of Paris. A consultation, recently announced by the town hall, plans to ban transit traffic in the four central districts of the city, from 2022. And if this applies to VTC, taxis should escape the rule.

“To prohibit access to this economic zone for all drivers is to condemn them definitively to certain death.“, Underlines the national intersyndicale VTC in a press release. Last October, at the announcement of a curfew from 9 p.m. to 6 a.m., the general secretary of the union already deplored the heavy economic consequences of the health crisis on the sector. “According to a survey of nearly 4,000 of our members, 96% said they had encountered difficulties. Since March, there has been between 70 and 90% loss of turnover», Underlined at the time Ben Ali Brahim. Noting that for a fifteen-hour day, a driver capped at 60 euros in turnover, against 250 before the health crisis. Still according to the union, “many drivers have lost important contracts following the closure of rue de Rivoli», Which occurred last September.

The gradual lifting of aid

Another complaint of VTC drivers: the degression of aid envisaged by the government. From March to October 2020, VTC drivers could receive monthly aid of 1,500 euros via the solidarity fund, when their turnover was down by more than 50% compared to the previous year. These aids are destined to be lifted gradually.

Read also :Deconfinement: the executive is preparing to reduce aid to companies and draws up its project for the post-crisis period

This May 29, at the microphone of Europe 1, the Minister Delegate for Public Accounts Olivier Dussopt assured that this gradual end of aid would be “much slower for sectors which are still experiencing difficulties», Without specifying whether the VTC would be affected.

To see also – Gathered in front of Bercy, VTC drivers denounce the slowness of the solidarity fund