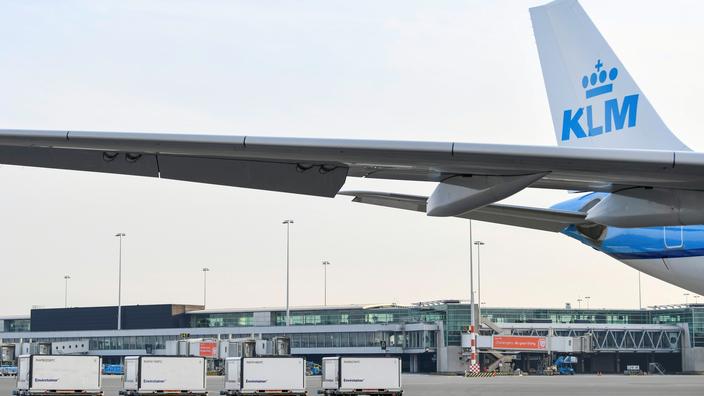 Several European countries are taking measures to prevent the more contagious “new variant” from spreading among their populations. A Defense Council is to be held Sunday evening around Emmanuel Macron.

The fear of a resurgence of the Covid-19 epidemic is pushing several European countries to temporarily interrupt their exchanges with the United Kingdom. In the aftermath of Boris Johnson’s announcement of a re-containment in London and the south-east of England due to the discovery of a “new variant of the virus”, which is transmitted “much more easily”, governments take a stand to protect their populations.

Read also :Covid-19: should we be worried about the mutant circulating in the south-east of England?

Emmanuel Macron, Angela Merkel, Ursula Von der Leyen and Charles Michel exchanged Sunday to discuss this subject. The World Health Organization (WHO) for its part called on its members in Europe to “strengthen their controls“. According to the WHO, in addition to “preliminary signs that the variant may be more contagious“, The variant”could also affect the effectiveness of some diagnostic methods“, Again according to”preliminary information“. On the other hand, there is “no evidence of a change in the severity of the disease”, Although this point is also the subject of research.

France is pushing for a solution to be found at a European level, in order to prevent each country from making a different decision. “We are coordinating at European level», Explains a source in Paris. But the solution of a trade ban with the United Kingdom could “without a doubt»Be privileged. Paris “follows closelyThe situation, a source told AFP. A Health Defense Council was convened at 5 p.m. On RTL, Martin Hirsch called for caution: “ask scientists to have information“On this strain, but”at [sa] knowledge, in France, we have not yet found it», Which does not mean that it does not already circulate discreetly on the territory.

Early Sunday, the Netherlands were the first to respond. “Sampling of a case in the Netherlands in early December revealed the same strain of virus seen in the UK», Explains the government in a press release. “Pending further details and clarity on the situation in the UK, the RIVM (The Netherlands National Institute for Public Health and Environment) recommended that the risk of introduction of the new virus strain into the Netherlands be minimized as much as possible by restricting or regulating travel from the UK“.

Starting at 6 a.m. local time this Sunday, a “ban on flights carrying passengers from the UK [est entrée] in force“. It will remain active until January 1, 2021 at the latest. The Dutch executive “consider additional measures for other modes of transport»Abroad. “Traveling abroad carries a significant risk of the spread of the coronavirus. Only travel if it is absolutely essentialRecommend the authorities, who intend to discuss the subject with their European partners.

For its part, Belgium will also ban flights and Eurostar from the United Kingdom, announced Prime Minister Alexander De Croo on television. This ban will initially only last 24 hours, and will begin on Sunday at midnight.

Italy has also announced that it will suspend flights between its territory and the United Kingdom. “We have a duty to protect the Italians, for this reason, after informing the British government, with the @ Ministry of Health, we are about to sign the order to suspend flights with Great BritainForeign Minister Luigi di Maio announced on social networks. “Our priority is to protect Italy and our compatriots», He adds.

Austria is also moving towards a ban, the Ministry of Health told APA shortly after. Details are not yet known.

Another variant in South Africa

And, according to a government source quoted by AFP, Berlin could follow in the footsteps of these governments. Germany is considering “seriouslyTo suspend flights from South Africa and the United Kingdom, the agency said on Sunday. “Restrictions on air traffic from Britain and South Africa a serious option“Currently examined by Berlin, said this source close to the Ministry of Health.

The reactions follow after the British Minister for Health, Matt Hancock, said that the new strain was “out of control“And that it would be”very difficult to keep it under control until a vaccine is deployed“. Something to worry about European governments. A new variant of the coronavirus, the “501.V2Has also been detected in South Africa.

Such a disruption to air and rail traffic, if it continues in January, could exacerbate Brexit-related transport problems, with the UK leaving the EU’s single market on December 31, which guarantees free movement within of its borders.

To see also – After the discovery of a variant of Covid-19, Scotland bans travel to England