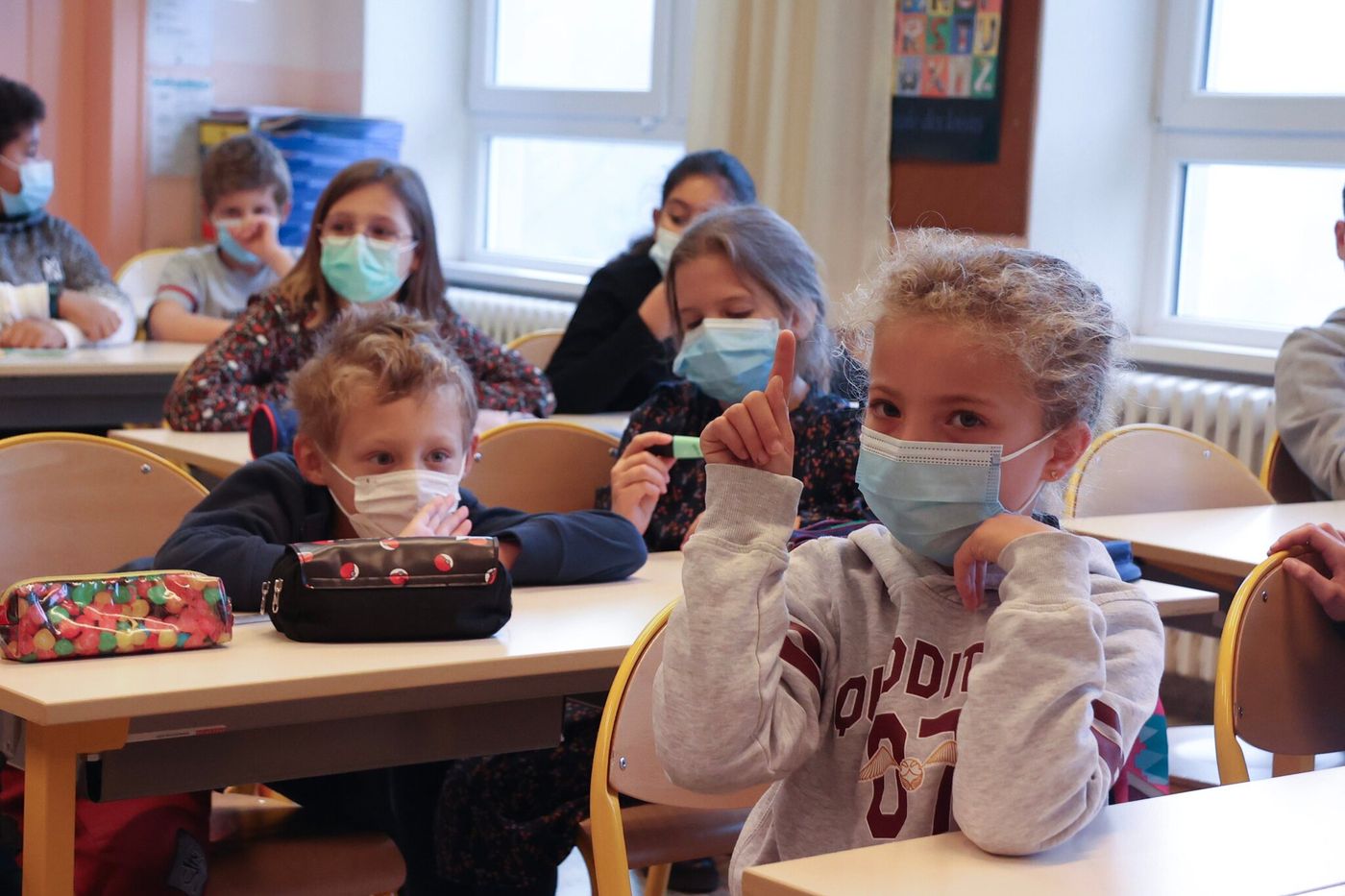 When the vaccination was opened to adolescents at the end of August, Gaëlle had her eldest daughter, 12, vaccinated without batting an eyelid. “I trust the medicine, I myself had received my two injections at the time, and the risk-benefit balance seemed balanced to me. “ Four months later, when the authorities wonder about the vaccination of 5-11 year olds and a first campaign targeting children at risk of severe form is due to start on December 15, the discourse has changed slightly. At the idea of ​​vaccinating her 6 and 10 year old younger daughters, we feel the mother of a family a little more tense. Gaëlle did not become anti-vaccine… but is asking questions.

“For an adult, the benefit-risk balance already required reflection. So for a child… It is our responsibility as parents ”, abounds Olivier, 38 years old. The benefit for children, he does not “(Sees) not”, for the moment. “Children do little serious forms”, he argues, As many. Twenty-five times less than in adults, according to the Haute Autorité de santé.

“The lack of perspective on the side effects, for this segment of the population, on the other hand makes me hesitate. Few children having been included in clinical tests, how can we be sure of safety? “, Agathe point, worried about Pimprenelle, 5 and a half years old.

The opening of injections every 5-11 years proposed from January

” To properly measure the benefit-risk balance, it is necessary to know the risks, confirms Christèle Gras-Le Guen, president of the French Pediatric Society. The United States having started vaccination several weeks ago, we will have feedback. For now, they are not reporting any serious side effects, but real-life data remains to be confirmed. They are announced for the end of the month. “

If harmlessness is confirmed and the High Authority for Health and the National Consultative Ethics Committee give the green light this week, the opening of injections every 5-11 years would be proposed from January.

→ DEBATE. Covid, is childhood vaccination necessary to reverse the epidemic?

What then to remove the hesitations, according to Marc de Kerdanet, pediatrician and president of the association Help for young diabetics (AJD). “In that case, yes, the balance would tip on the vaccination side. Because there are long Covid in children, or serious complications such as “pediatric multisystem inflammatory syndromes” (PIMS), he sums up. But it’s complicated to help discern. A doctor must be based on scientific reality. On the Covid-19, this is still being built. “

“To reduce transmission in the name of the collective”

In the meantime, one thing is already clear: on December 9, high incidence rates were recorded among 6-10 year olds. And, according to a study by the Institut Pasteur, the presence of children in a home significantly increases the risk of contracting Covid-19 for parents.Information that also weighs in parental decisions. “It is to reduce transmission, on behalf of the collective, that I am in favor of the vaccine for my 6-year-old daughter”, says Anne, whose husband, on the other hand, ” blocked ” always.

Like Delphine. “Children are a vector of transmission. That is. But if we adults are vaccinated, this contagiousness shouldn’t be a problem, since the vaccine prevents severe forms, right? “ Except that some adults are “Immunocompromised and respond poorly to vaccines”, notes Juliette, whose 9-year-old son with Down’s syndrome is eligible for vaccination from December 15.She plans to wait a bit. “But the more I think about it, the more I tell myself that not only would he be protected, but his grandfather too.” “

Vaccinate children to preserve adults? “I do not find that fair, they have suffered enough from this pandemic”, Gaëlle annoys. In a statement released in November, the Academy of Medicine said no more: “One of the arguments against vaccination is the ethical principle that vaccination of children (…) must not be used, in order to achieve collective immunity, to compensate for the refusal of vaccination of certain adults. “

Olivier, him, also remains perplexed on another point: “I hope that a health pass will not be required for this age group. It would be an obligation that does not say its name. “

360,000 children at risk to have a serious form of the disease are concerned by the vaccination starting this December 15, according to the High Authority of Health.

These are children with heart disease, respiratory diseases, neurological, obesity, diabetes, or trisomy 21. Are also targeted those living in the entourage of immunocompromised people. The methods of vaccination have yet to be specified.