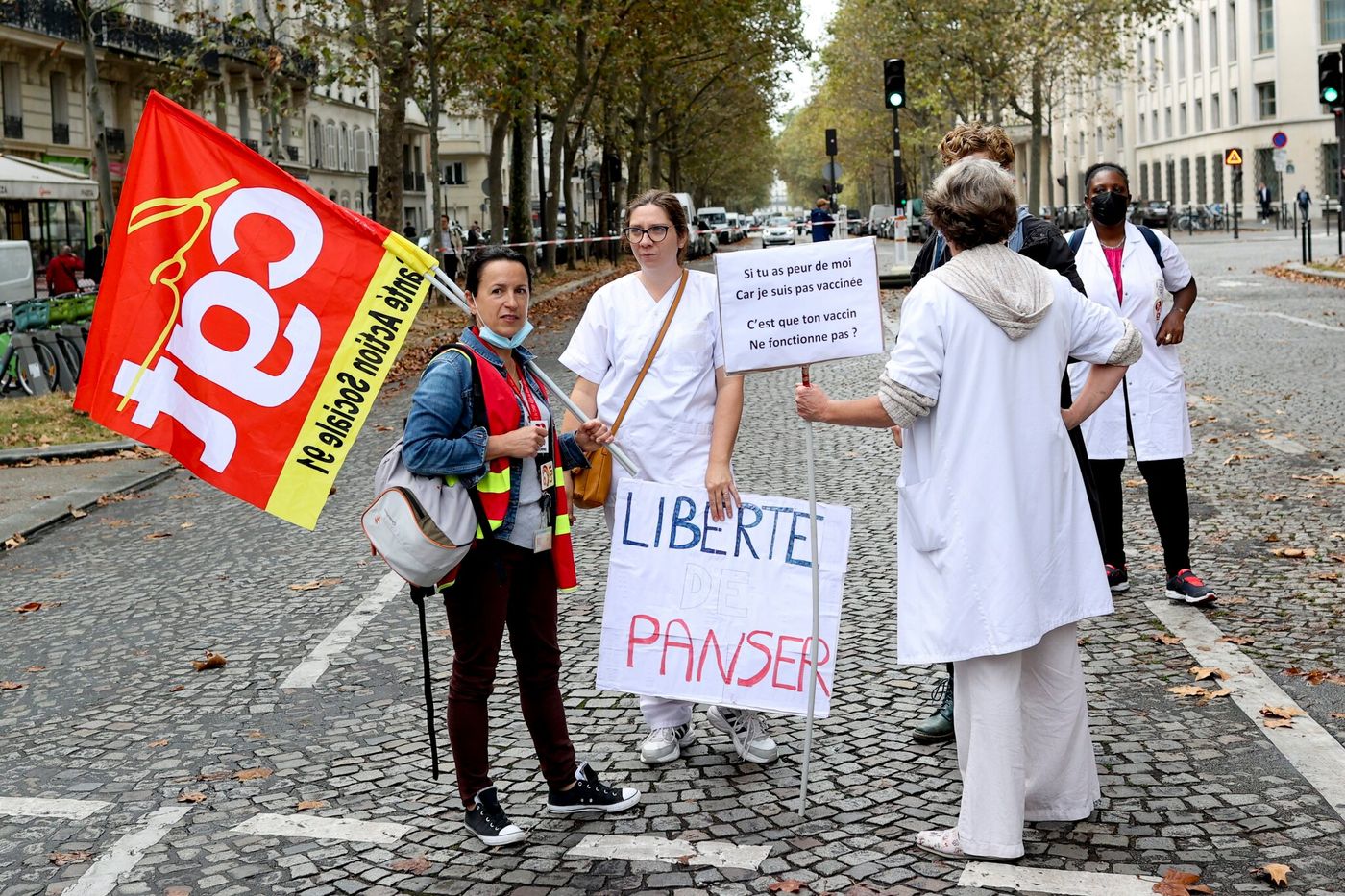 Following the entry into force of the vaccination obligation for staff in healthcare establishments, the dreaded hemorrhage does not seem to have taken place. According to the Minister of Health, Olivier Véran, around 3,000agents were suspended and ” a few dozen “ resigned Wednesday September 15. A very low percentage in view of the 2.7 million employees concerned. “Continuity of care has been ensured”, said the minister on RTL, Thursday, September 16, specifying that these sanctions concern “ mainly support service staff ” and “ very few white coats “.

At the Marseille Public Assistance Hospitals, we are pleased that ” support “ and the “Pedagogy “ have made it possible to increase from 60 to 93% of the population vaccinated in one month. “Many hospital services show rates at 100%”, adds the group in a press release.

For its part, the public assistant-hospitals of Paris (AP-HP) sanctioned 340 non-vaccinated out of a total of 100,000 employees, or just over 3% of the workforce. Good news for this huge liner, which hopes to see the number of vaccinated climb to 99%. ” These figures are still likely to change for several days, as and when service starts, returns from leave and suspension after vaccination is lifted ”, indicates the group to The cross.

“The tip of the iceberg”

For Mireille Stivala, secretary general of the CGT, these 3,000 suspensions “Are just the tip of the iceberg. Many employees having taken leave, the sanction will intervene only on their return “, underlines the trade unionist, who also points out significant differences between establishments. “Some hospitals have 96% of their staff vaccinated, they will be able to absorb the workload. But elsewhere, the lack of staff will automatically lead to restrictions on access to care for users and an overload of work for the staff present ”, she worries.

In the south of France, some hospitals are indeed faced with a real air hole. Thus at the Nice University Hospital, deprived of 450 agents. A record. But there again, disparities exist between services. “In infectiology, only one person is concerned to my knowledge”, notes Dr Véronique Mondain, head of the service. At the Perpignan hospital center, a hundred offenders would have stayed at home on September 16. “This figure is plausible, but neither I nor my pole manager have heard of the number of suspensions”, testifies a doctor. In this context, it is difficult to assess the consequences on the supply of care.

Beyond the figures, the impact on establishments also depends on the profile of the employees. In the absence of three anesthetists, “key” positions, the Montélimar hospital has deprogrammed non-urgent interventions, without even waiting for the deadline of September 15.

“Whether we are for or against compulsory vaccination, this way of treating caregivers as if they were disposable is very violent., says Mireille Stivala. Many of these personnel are civil servants, they will not receive unemployment benefits and will find themselves without resources. “

The Minister of Health insists on the reversible nature of these suspensions. “ Many (of them) are only temporary “, He declared, urging the violators to put themselves in order. “For those who have not yet responded positively to this vaccination obligation and who would be suspended today, (…) it is not too late, abounds in the AP-HM. As soon as they provide proof of vaccination, they will be able to return to their post without stigmatization. “