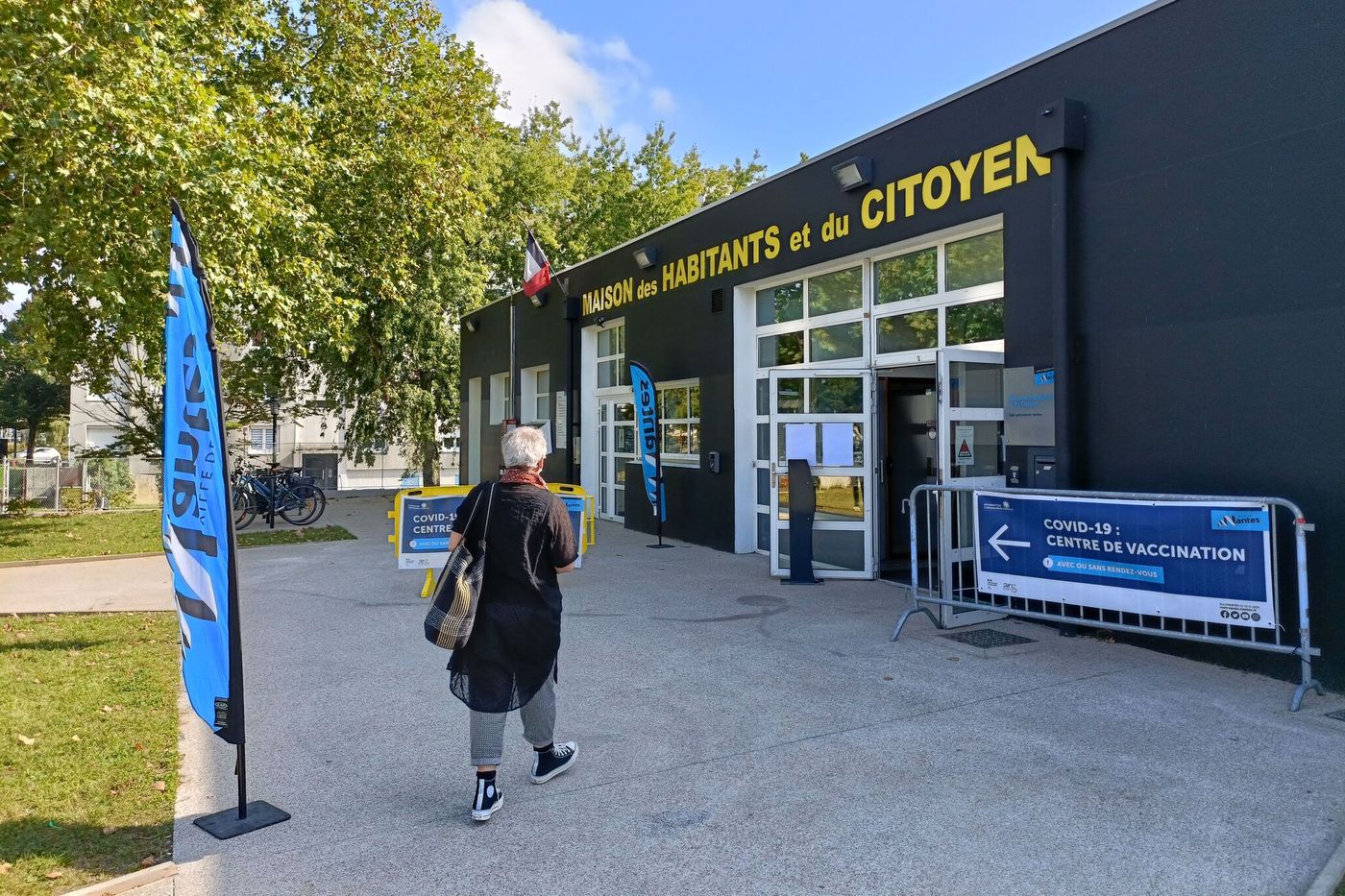 Banners clearly visible and doors wide open: it is difficult to miss the installation of the vaccination center in the House of the inhabitants and the citizen of the Bellevue district, in Nantes. Inside, two reception agents welcome with a smile those who have reserved a slot on Doctolib as well as those who do not have an appointment.

Ilayda, 14, came with her mother to get her second dose, a stone’s throw from her home. “ I have a few unvaccinated girlfriends because they are afraid of what’s inside ”, confides the high school student who, for her part, is not worried.

→ TRIBUNE “For the education of children, compulsory vaccination of adults is necessary”

In this part of the city undergoing rehabilitation, as in the seven other priority districts of Nantes, premature mortality – the “avoidable” deaths of those under 65 years of age – is 60% higher than in the rest of the municipality (1) . “ Here, we will look for the inhabitants furthest from care and prevention », Explains Marlène Collineau, health assistant. When we observe the vaccination data in this sector, we know that there is room for maneuver “.

In Loire-Atlantique, 83% of inhabitants over 12 have received their first dose and 77% have a complete vaccination schedule. In this context, the vaccine offer is being restructured. The XXL vaccination center at the La Beaujoire exhibition center will soon be moved to a smaller room and five centers in the department will close. Conversely, until November 9, ephemeral vaccination centers are deployed in the eight priority districts of Nantes. Each of them will remain open for several days, before moving to another quarter and then reopening for the second doses.

” This summer, we were at 100,000 injections per week in the department, explains Patricia Salomon, territorial director at the Regional Health Agency (ARS). We are at 45,000 and that number will go down further. We need tailor-made, as close as possible to needs. A vaccibus will crisscross the Vendée to reach the most vulnerable “.

In Bellevue, 58 of the 60 vaccination slots opened on the first day were honored. “ There is apprehension but no one had yet come to these patients, notes a doctor from the mobile center (six nurses, seven municipal officers and two rescuers). They are dependent on social networks and lack reliable information. This 30-year-old practitioner, who grew up in the neighborhood and now lives in Paris, took on his vacation to join the initiative. “It’s great to meet these people that we too often tend to stigmatize”, he confides, welcoming the upcoming opening of a Health Center just across the street.

Here, the nurses take the time to reassure everyone. ” The obstacles to the vaccine are varied, describes Christine Pigeat, one of them. There are those who were not motivated, the phobic of the bite, those who do not speak French, those who have trouble with the Internet… We try to reduce their anxiety “.

A 36-year-old saleswoman decided to come on the advice of her social worker: “ I didn’t really want to but as I’m pregnant, I have to ”. The same resignation from a 26-year-old extracurricular animator. “We no longer have the choice if we want to live normally, she delivers. But it costs me to inject something into my body by obligation … “

For the past year, health mediators have been deployed in this district – and in two others – to strengthen access to care and, more recently, to the vaccine. ” Among the brakes, there is a distrust of the authority of the State, notes Cécile Coutant, director of the Les Forges association, to which the city has entrusted this mission. Binding speech reinforces rejection. We do everything to create the conditions for dialogue and that everyone goes to be vaccinated by an informed choice “.