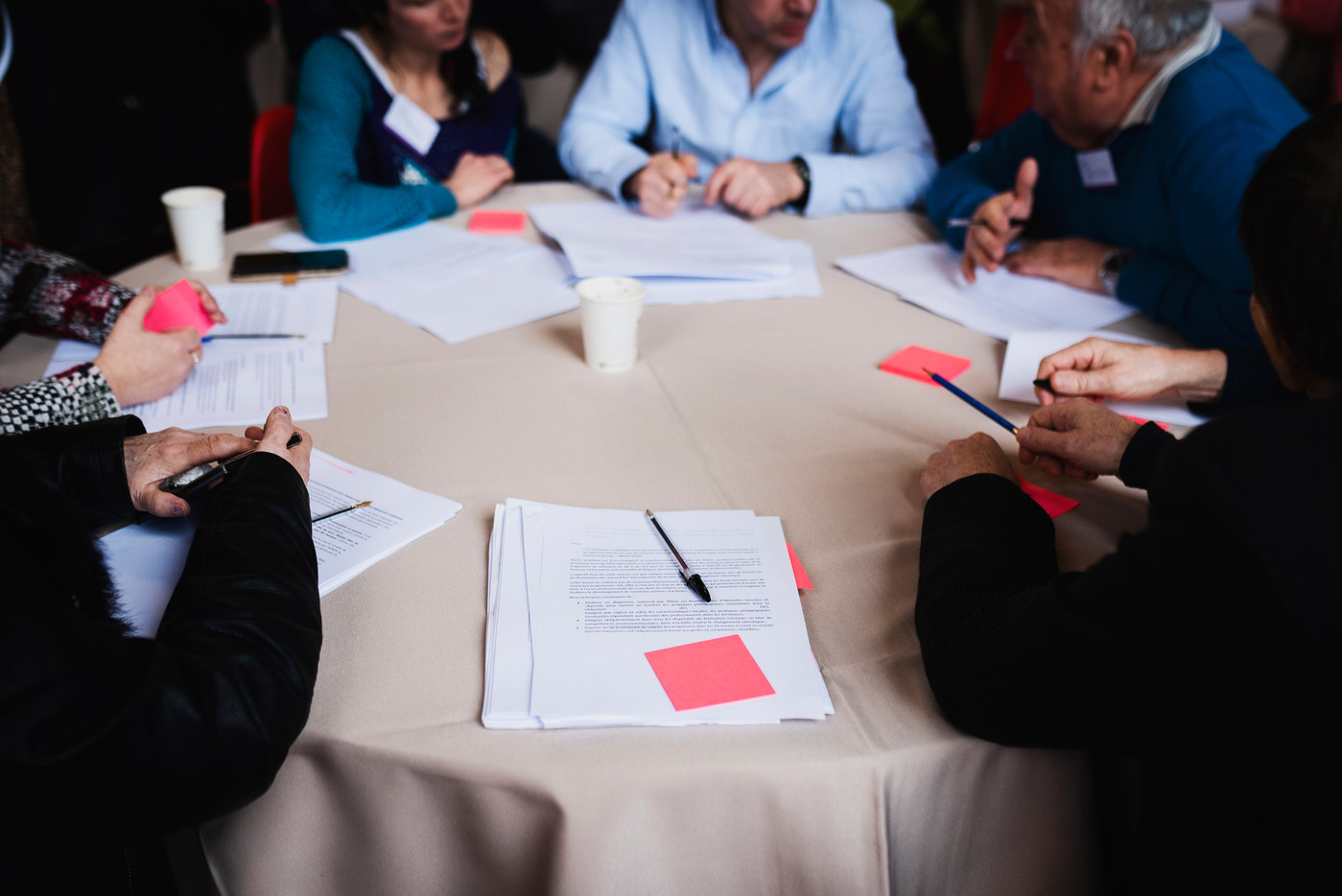 Six in ten French people do not intend to be vaccinated. This figure, from a poll published on December 3 (1), the very day of the presentation of the vaccine strategy by the Prime Minister, worries the executive. Visiting Necker Hospital the next day, the President of the Republic expressed the full extent of the threat : “Our great risk is to see the arrival of a new obscurantism, conspiracy in action, which even takes hold in the land of Pasteur and the Enlightenment. “

Another sign of the anxious attention of power, a citizen council will be set up to counter mistrust of vaccination. Defended by the scientific council since June, the idea of ​​a citizen consultation on the management of the health crisis had not hitherto had the ear of the Elysee. There is now an urgent need to convince.

It is the Economic, Social and Environmental Council (Cese), already host of the 150 citizens of the Climate Convention, which will welcome it. It insists on the fact that this time it is more of a “citizen collective”, no doubt reduced to about thirty people drawn by lot, and associated with the organizations represented in the third chamber. This committee would be in dialogue with three others, respectively formed by local elected officials, scientists and patient associations, in order to clarify the vaccine strategy led by Professor Alain Fischer.

→ ANALYSIS: Coronavirus, how to involve citizens in the management of the crisis?

The Prime Minister should officially seize the Cese in the coming days, specifying the mandate given to the citizens. It will undoubtedly not be a question of discussing the merits of vaccination, or the positive or negative effects of the various vaccines, we explain to the Cese, but to support the concerns of the French, to answer their doubts. and their reserves.

The clarity of the mission is in any case the first condition of trust. ” It is a necessity not to make this citizen council a simple gadget that creates even more skepticism », Explains Julien Talpin, sociologist and member of the university group Démocratie et Participation.

The importance of pluralism

The second condition is due to pluralism. ” This advice should provide a space for public expression for doubts and reservations about vaccines that feed conspiracy when they are immediately disqualified, insists Julien Talpin. This word must be debated and contradicted in this arena, including by the experts or associations solicited, some of whom must be more skeptical than others. “A contradictory approach to which the Cese is attached, planning to create a governance committee within it.

” For the citizens’ council to be solid, the governance committee must have full independence and transparency. », Warns Quentin Sauzay, co-president of Open Democracy, insisting that the organization be instead entrusted to the National Commission for Public Debate (CNDP), a hypothesis which seems not to be retained for the moment. ” All sensibilities must be represented, if we want to convince the skeptics. Without the presence of influencers in anti-vaccine circles, this will not be possible “, He warns, recommending to target opponents” constructive “.

Should we go so far as to make the fair representation of pro and anti-vaccines a criterion of the draw? ” This is the first decision the governance committee must make, notes Quentin Sauzay. Perhaps this is not a necessity, the panel being smaller and the two camps a priori motivated to participate. “

The timetable remains to be written but the objective would be to organize a draw in the coming weeks in order to be able to bring together citizens from the beginning of January, for a work that could continue until the end of the vaccination campaign. Other participation tools could also be used, such as a citizen platform, operational more quickly.

But in addition to the time required for the establishment, there is that necessary for the training and deliberation of citizens. ” It all depends on what you are trying to achieve: a short time is enough for an improved poll, not for real deliberation, confirms Quentin Sauzay. Starting right away and on a specific subject, you need a minimum of two months. »A constraint that Julien Talpin puts into perspective. ” Numerous experiences of citizens’ assemblies, gathered over one to three weekends, prove to be conclusive, he nuances. And then, the challenge is above all to be at the rendezvous of the general public campaign, in the spring therefore. “