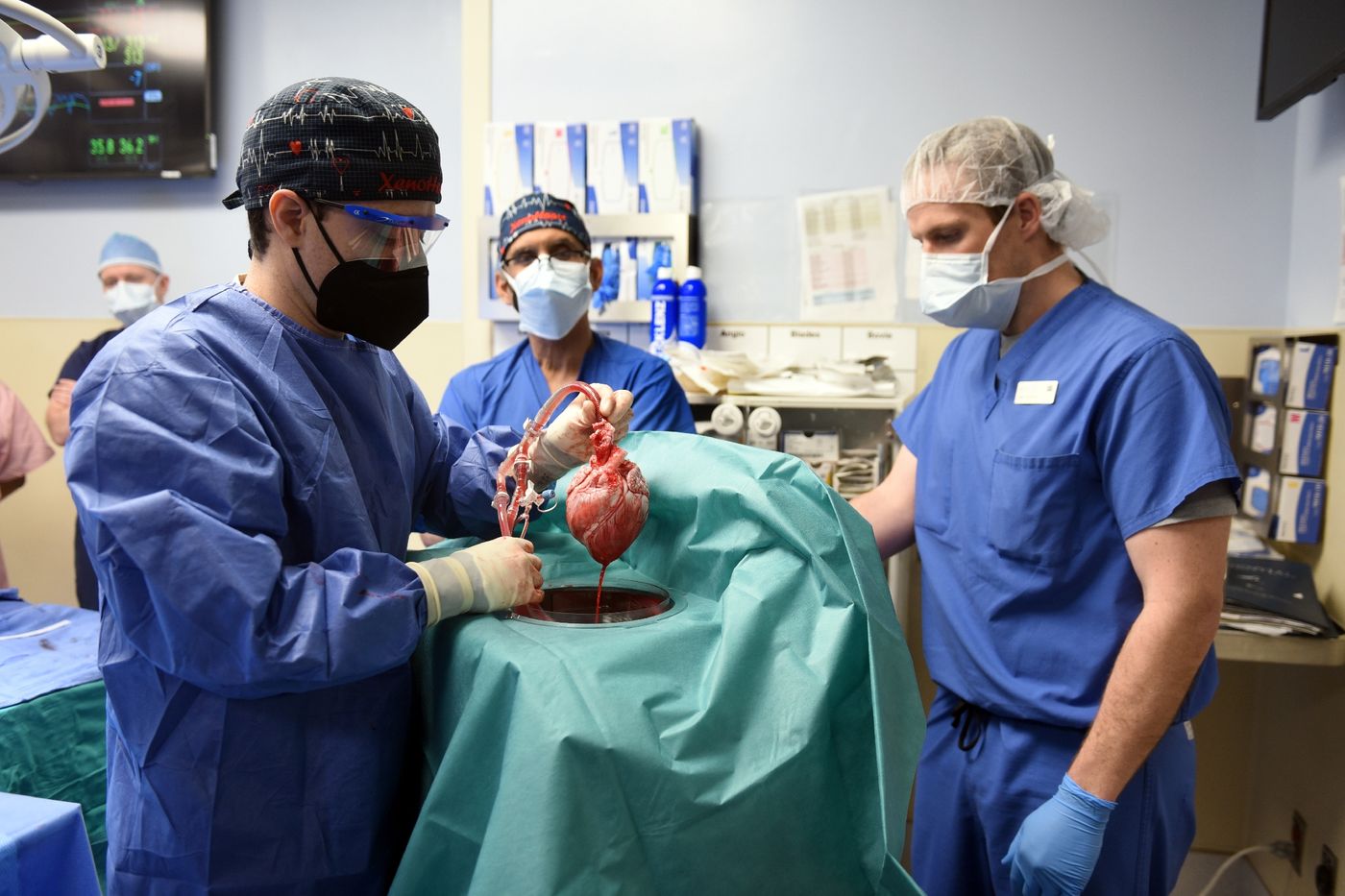 American surgeons have succeeded in transplanting a pig’s heart into a patient, announced the medical school of the University of Maryland. The operation was carried out on Friday January 7 and made it possible to show for the first time that an animal heart could continue to function inside a human without immediate rejection, explained the institution in a press release.

David Bennett, 57, who received the porcine heart, had been declared ineligible to receive a human transplant. It is now closely monitored by doctors to make sure the new organ is working properly. “It was either death or this transplant. I want to live. I know it’s pretty hit and miss, but that was my last option.”, the Maryland resident said a day before his surgery, according to the medical school.

“I can’t wait to get out of bed once I recover”, continued the patient, who has spent the past few months bedridden and hooked up to a machine that was keeping him alive. The US Medicines Agency (FDA) gave the green light to the operation on New Year’s Eve.

“This is a major surgical advance that brings us one step closer to a solution to the organ shortage”, commented Bartley Griffith, who performed the transplant. “We are proceeding with caution but are also optimistic that this world first will provide an essential new option to patients in the future”, added the surgeon.

The pig from which the transplanted heart comes has been genetically modified to no longer produce a type of sugar normally present in all pig cells and which causes immediate rejection of the organ. This genetic modification was carried out by the company Revivicor, which also provided a pig kidney that surgeons had successfully connected to the blood vessels of a brain-dead patient in New York in October.

The transplanted porcine heart had been stored in a machine ahead of the operation and the team also used an experimental new drug from Kiniksa Pharmaceuticals, in addition to the usual anti-rejection drugs, to suppress the immune system and prevent that the body rejects the organ.

Nearly 110,000 Americans are currently on the waiting list for organ transplants, and more than 6,000 people who need transplants die each year in the country.