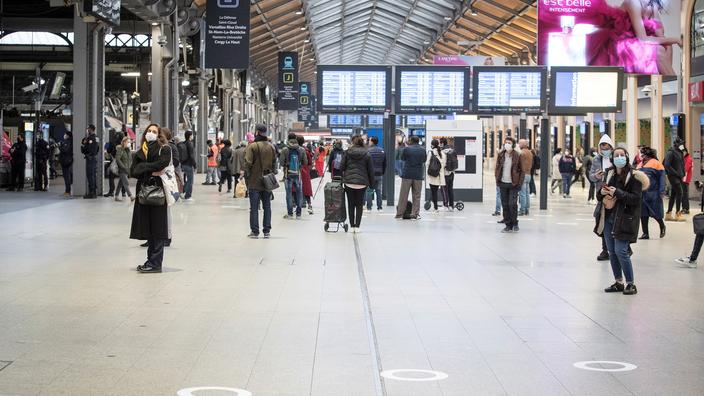 Two accidents occurred at the end of the day at La Frette-Montigny (Val-d’Oise) and Pont-Cardinet (Paris) stations.

Traffic was severely disrupted this Thursday at the end of the day at Saint-Lazare station. In question, two passenger accidents on lines passing through the Parisian station.

The first took place at 5:44 p.m. at La Frette-Montigny station (Val-d’Oise) connected to Saint-Lazare by line J. The victim is said to be a nine-year-old child who was found on the tracks at the time of the passage. from the train, according to The Parisian . The accident caused the interruption of rail traffic in both directions and blocked travelers on the train until around 8:30 p.m., the daily said.

The second passenger accident occurred at 6:34 p.m. leaving Pont-Cardinet station, the station before the terminus of line L, Saint-Lazare. Like those on line J, passengers had to stay on board the train during the intervention of the emergency services and the police for more than two hours. They were finally able to leave shortly before 9 p.m.

These two accidents severely disrupted traffic at Saint-Lazare station, which is a real “Railway node”, explains the SNCF contacted by Le Figaro. The Parisian station is, in fact, crossed by metro lines, RER, transiliens and TER. The incident at Pont-Cardinet station, very close to Saint-Lazare therefore “Completely immobilized the traffic”, adds the SNCF.