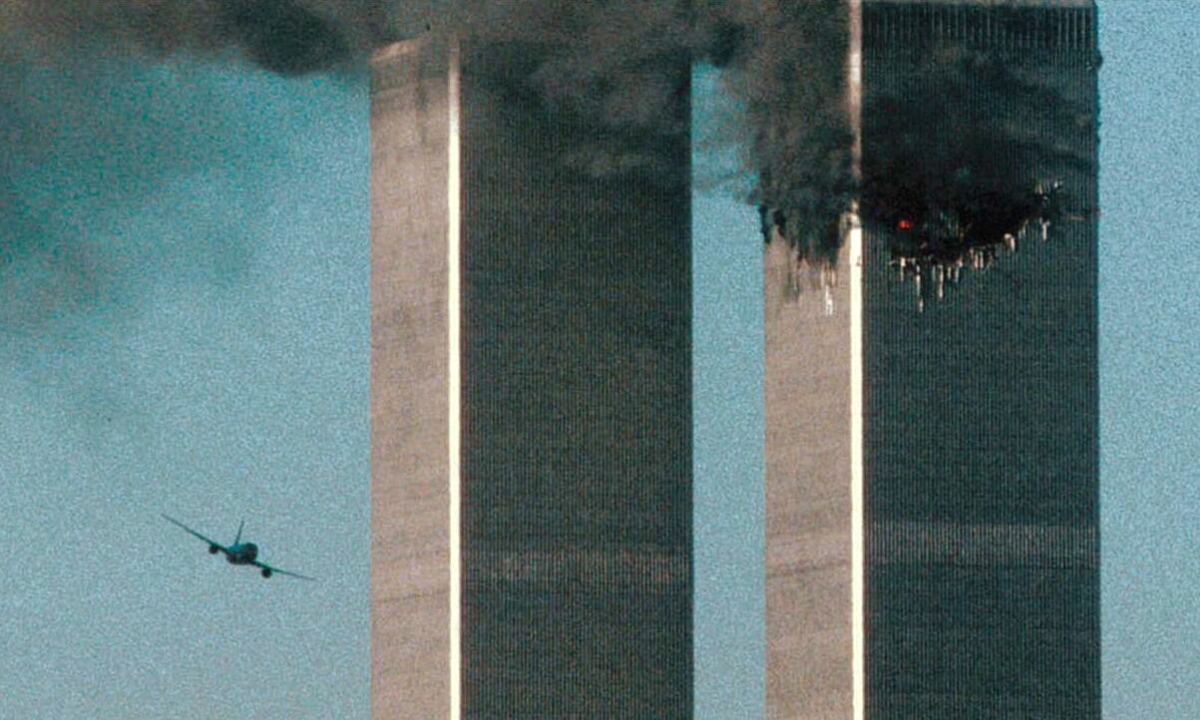 President George W. Bush pursed his lips as he heard the news that two planes had crashed into the World Trade Center on September 11, 2001, in the documentary “Turning Point”.

It was a Tuesday morning, the sky was clear, there was not a single cloud in the sky, according to Désirée Bouchat, an employee of the World Trade Center. New Yorkers get into the subway like every other day. Visitors gather at the foot of the Twin Towers – which is described as a miniature city, with an area of ​​65,000 thousand square meters, containing nearly 80,000 people. An employee has just come to the office, feeling lucky to have a view of the river from the 82nd floor view.

At the same time, the flight took off at 8:13 am from Boston, Northeastern United States to California. Not long after, air traffic controllers started receiving bad signals: passengers crashed, the cockpit was hijacked, the plane was driven off course, in the direction of the Hudson River toward New York. 8:46 am, when everyone was focused on working, a terrible explosion tore through the air. The sky turned brown, the building shook violently, making many people unsteady. Outside, Manhattan residents poured into the street to look at the burning North Tower. Not long after, another plane crashed into the South Tower, and the whole country was shaken.

The documentary series was born exactly 20 years after the event, consisting of five episodes, directed and produced by Brian Knappenberger. Each episode is an average of an hour long, with an intro that tells the story of the events at the Twin Towers or a glance at the policies of George W. Bush. When entering the main content, The film focuses on explaining why the US was attacked, intelligence gaps and how the White House has faced the war on terror for two decades..

In episode one, after a 30-minute re-enactment of the attack, the filmmakers argue that the real cause stems from what happened during the Soviet-Afghan War in 1979. Former CIA officer Milton Bearden said the US spent a lot of money. much money for the Mujahideen – the Muslim rebel group that liberated Afghanistan from Soviet occupation. When the war ended, thousands of people were killed, Bin Laden founded the terrorist organization al-Qaeda in 1988, continuing to spread pain to mankind.

The next four episodes delve deeper into the evolution of the war on terror in all US presidents, from George W. Bush to the present. “There is no higher mission, no hunt more important than the search for Osama Bin Laden,” Bush said. Former White House adviser Alberto Gonzales said the government is doing its best, using its total economic strength, to promote relationships around the world to achieve its goals. Every year the US spends tens of millions of dollars on a war that, as Ali Soufan, a former senior FBI agent, is “in retaliation for 9/11”.

In episode four, when campaigning for president, Barack Obama said that it was wrong for the US to launch the Iraq war (2003-2011). In the last episode, Donald Trump took office, admitting that the war in Afghanistan (from 2001 to now) was a disaster. In February 2020, he signed an agreement to withdraw all US forces from Afghanistan before the end of his term. Joe Biden upholds Trump’s intentions, despite Afghanistan falling to the Taliban.

The script integrates anti-war messages. In episode four, Americans took to the streets to protest against the government with many banners and banners, saying that it was wrong to station troops in Iraq. A similar image appeared in the final episode when the Afghans burned the US flag in the middle of the road, calling the US “real terrorists”. Before the end of the film, the director listed the losses that the war caused to the parties: the US lost $ 2.3 trillion, more than 2,400 soldiers died, more than 50,000 people were injured; At least 150,000 people were killed on the Afghan side… The work closes with the question: What greater ambition does human life have than bringing about a real, lasting and eternal peace?

The US intelligence gap was also mentioned as a cause for terrorism. After 9/11, the FBI conducted data collection to find out who was behind. On Flight 77 that crashed into the Pentagon were two hijackers – Nawaf al-Hazmi and Khalid al-Mihdhar – who were brothers, trained to enter the US first. The CIA knew that the duo had US visas, had a meeting in Malaysia in 2000, but did not provide it to the FBI in time. “Intelligence has to be more effective, better capture information,” said former White House adviser Alberto Gonzales. Dale Watson – former Assistant Director of the FBI’s Counter-Terrorism Division – admits that the US did not see hijacking and suicide bombing as national security issues in the 1980s and 1990s. That made it even more favorable. benefit terrorists.

The work does not have a narrator, the content is combined through documentaries, phone recordings and face-to-face interviews. The director uses a non-linear narrative, interweaving 9/11 with what happened before and after. According to Netflix, the crew does not intend to draw out the good guys – the bad guys, but provides an overview of the event, exploiting opinions from many subjects to get multi-dimensional views. Representatives of the US are former White House officials, senior leaders, writers, journalists… Representatives of the Afghan side are some figures in the government, military, former Taliban commanders and civilians.

Emotions mostly come from eyewitness accounts, experiencing the Twin Towers attack. In the first episode, a passerby recalls: “You could hear people gasping. It all just felt like the world was falling apart. The brain was trying to explain what happened.” In episode two, a woman suddenly burst into tears while recalling the moment she was trapped in a burning building, with no one to help. Those who survived the pain did not know if their loved ones were alive or dead. Many firefighters are also listed as missing in the line of duty. Twenty years later, a woman still hasn’t escaped the feeling of that day. “I’m a zombie,” she said in the final episode.

To complete the work, Brian Knappenberger filmed in many countries such as Qatar, Doha, Afghanistan and Pakistan, starting from November 2020. Follow Deadline, he was present in Afghanistan exactly one year after 9/11 as a young filmmaker. At that time, the Taliban had been driven out, the mood was very optimistic. Two decades on, Afghanistan fell back under Taliban control just weeks after the US withdrawal. Therefore, the film is not only commemorating but also helps Americans look back at the past, see how America has changed in recent times.

The film has many expensive and realistic scenes that movies can hardly create, such as the pursed lips and expression of President Bush when he heard that the US was attacked. At the time, he was at Emma E. Booker Elementary School (Florida) to meet second-graders. Many scenes are highly emotional such as the image of people in the Twin Towers falling freely to the ground, the two towers are crushed, the center of Manhattan is engulfed in ashes or civilians are massacred by terrorists.

The work received good feedback from critics. Sheet Washington Post The film gives the audience the “most honest and complete” perspective on the events of 9/11, giving the US an opportunity to look back on the mistakes in the war on terror. Author Clémence Michallon of the Independent 4/5 stars, honest movie reviews, smart storytelling and emotional scenes. Above IMDb, The movie got 8.1/10 points. The majority of the audience thought that the work was insightful, providing a comprehensive view.