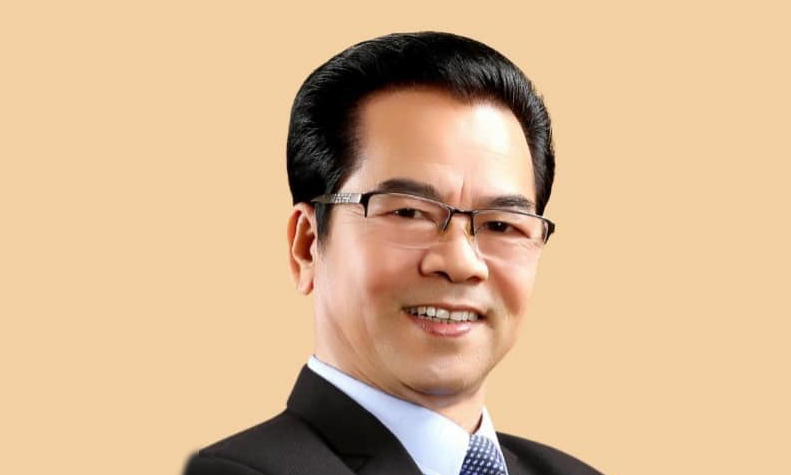 After breaking up with his second wife three years ago, artist Tran Nhuong lives alone, with erratic activities.

The actor is about to return to the small screen as a police major in a criminal-themed movie – Underground storm. On this occasion, he talked about work and life.

– At the age of 70, how do you maintain your health and spirit to do the job?

– I have many diseases but I try to overcome them to go on stage. Since the divorce from my second wife – Bich Van – I live alone, eating and living erratically. Before the translation was done, I was wandering around here and there, but now I have to make my own food and water. Sometimes, I cook heartily, but many times I’m lazy, overdo it, and combine two meals into one. Because of that, my blood sugar has recently increased, and my stomach is also having problems. I also have a herniated disc. When filming underground storm, I was standing and suddenly fell to my knees, making the whole crew worried, thinking I had a stroke. I think at my age, everyone has a disease, it’s not serious, it’s mild. But when I went to film, I felt young and healthy.

– What do you think about finding a life partner in the late afternoon?

– Every man wants to have a woman’s hand to take care of. Sometimes, I wish I had someone by my side to remind me to take my medicine on time. The children are all grown up, have their own lives, do not object to their father looking for love. However, they also expect the woman who comes to her father to have good character, courage, and gentleness. That said, I’ve read the horoscope and will live alone for the rest of my life.

I often play the role of the moon, so many people think that I am very flowery, but I am not. Husband and wife, lovers come together by fate. When we parted from our ex-wife, we did not resent each other. Up to now, we still talk normally, visit each other like best friends.

– How does playing many villain roles on television affect your life?

– It has an effect. I think many people are afraid to equate me with the role. When he first married his second wife, the couple went to Thai Nguyen together. As soon as I sat down at the bar, a few middle-aged women in the bar rushed out and pointed directly at me: “Looking like this, they all play dirty and hateful roles”. I was embarrassed with my wife, but she understood.

My house is near the market, every time she goes to the market, she is pulled in by the saleswomen to advise: “He can stand a woman all day long”. My wife explained: “No, it’s just a movie” and was dismissed: “It’s just like that in real life”.

I don’t mind taking on villain roles, so I’m often invited by directors. When he played Mr. Khanh – the rich man loaned money, cheated and appropriated the body of the country girl in the movie Girls in the city, many people asked me: “Why do you play intimate scenes with Ms. Luong Thanh, only worthy of the age of children and grandchildren”. I think when filming, I’m no longer Mr. Tran Nhuong, how can I portray the character well? Those who are close to me and come into contact with me in real life have commented that my personality is the opposite of the image of a “sorcerer” on the screen. I am gentle, quiet and quiet. I have never raised my voice to anyone, let alone quarreled, swore and cursed.

– His daughter – Anh Phuong – recently had her debut role in the movie Are you a man?. What advice do you give me in my career?

– My daughter is gifted, has appeared briefly in a number of TV series and programs Meet at weekend childhood. However, I often say: “Don’t follow your father’s job, it’s hard to be poor”. My son drew well, I oriented to the art design industry of theatrical and cinematography, graduated valedictorian and then asked to turn to acting. I asked: “Why don’t you switch to acting since you were a student”, Phuong replied that it was not until the end of the course that I found my passion, so I had to accept it.

I advise: “I’m 26 years old now, if I were lucky, I’d have been famous for a long time. It’s too late for me to start groping.” I retorted: “I’m just like you. Dad just let me pursue my choice. If I fall, I’ll get up on my own.” I went to the casting myself, got the main role.

I was quite worried because the character was only in high school, 10 years younger than her real age. I can’t just teach Phuong much, only the basics. Fortunately, when I watched the first few episodes, I was assured of Phuong’s acting. Because she has no formal training, Phuong plays completely by instinct. Every time I come to a severe emotional situation or cry, I am very worried. I still advise my children to take more acting and skill classes. The child is very hardworking and diligent in training. Honestly, I’m very sorry that my son came to the profession late.

– Together in artistic activities, how do you and your eldest son – director Binh Trong, youngest daughter Anh Phuong – support each other?

– We do what each other does, when we need to ask each other for something, we ask. Trong has his own film production company, specializing in comedy. He also invited me to participate, probably because he was a father, so he paid a high salary. There was a time when we were angry at each other and rarely talked because of our different views. I think all fathers and children have times like that.

Mr. Phuong has also worked with him in the past, helping with makeup and costumes. In the North, I have my father and brother to support me, but I want to go to the South to develop my career. I just give him the rent. Phuong said that she does not like to act in comedy, and wants to try her hand at psychological dramas. My two children have different mothers, 23 years apart, not too close, but united and love each other. I am happy for my children to follow in the footsteps. In particular, Anh Phuong is very compatible with his father, he talks to me about everything. If anyone says that she doesn’t look like her father, I will be very angry.

– What plans do you have in the near future?

– A director has just invited me to act in a new TV series, is the character of the retired provincial president, still dating a mistress. Outside of movies, I am still the president of the Experimental Theater Club. I hope to finish the drama series on traffic safety soon.