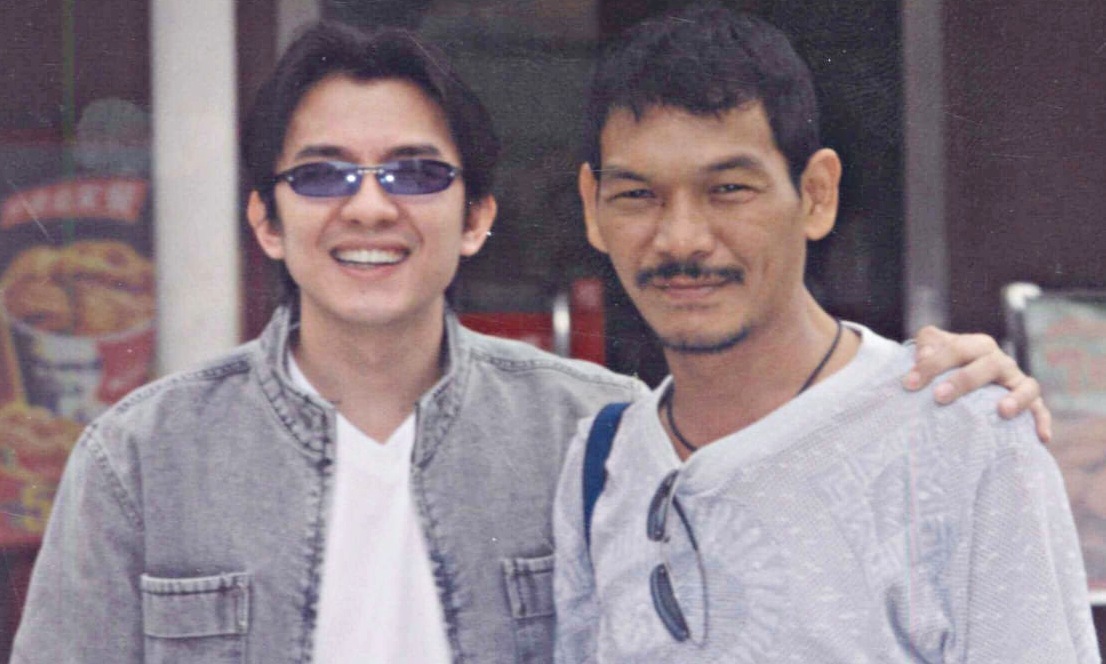 Tran Canh Don is one of the directors who made the success of the series “Dust Rain” in the 1990s, contributing to making Dinh Van, Cam Ly … famous.

Tran Canh Don died at home from a heart attack at the age of 62, on the evening of October 21. On Facebook, many people re-share the music products he has directed alongside his film fortune.

Canh Don’s boldest impression in the music industry is the series Drizzle 1990s. At that time, he was one of the famous directors, many people wanted to collaborate. Musician Minh Vy – who initiated the series – invited him to take on the role of co-director and screenwriter. They together with directors Le Loc, Kim Loan, Lam Le Dung, Huu Minh… produced hundreds of videos Drizzle from 1994-1998, became a musical “phenomenon” for a while. The episodes are about 100 minutes long, the content introduces new MVs, and exchanges with the artists.

Through a series of videos, he contributed to promoting the names of artists Dinh Van, Tai Linh, Che Thanh, Thuy Trang, Kim Tu Long, Hong Van, Bao Chung, Bao Quoc, Duy Phuong, Hong To…, line singers. Light music like Lam Truong, Cam Ly, Phuong Thanh… “Prince of Dusty Rain” Dinh Van admits: “For the success like today, I thank Canh Don a lot. He is the one who makes the attached videos. my name like Bitter honey of love, Ephemeral life, John verses 1 and 2, Beautiful love in the rambutan season, Brother Sau returning to his hometown, Charming love, Sending a message to the birds in the afternoon, Who goes fishing for shrimp …”.

Canh Don made the MV close, simple, with a taste of the countryside. His camera angles often appear images of rice fields, buffaloes, bamboo bridges… Dinh Van remembers John verse 1 Filmed in Cat Lai (HCMC) in 1993, the setting is Western with a cottage and a bridge over the canal. The group was lent a house by a resident to film. When the props team started to design the scene, the family panicked and worried that the house would be demolished. At this time, Canh Don had to explain and promise to return the house to its original state.

Dust rain 1 – Another remarkable piece of music by Dinh Van, released in 1994 – was filmed in Da Lat and Nha Trang in three days. The singer remembers that day wearing a yellow shirt, soaking in the rain for many hours, shivering because of the cold. Sometimes Dinh Van recalls memories with Canh Don: “Fortunately, I was not sick that day. Now, just looking at something yellow, I immediately remember the MV”.

Singer Thuy Trang remembers the MV I walk on the young grass – The product made a big mark in his career, directed by Canh Don. The video was filmed in two days in Hoc Mon district and Tan Son Nhat airport (HCMC), about a son who was far from his hometown, now returning to the place where he bury his umbilical cord vegetables. She said that on the day of filming, the crew told her to bring a lot of beautiful clothes to change. Arriving at the set, Canh Don said that she only needed to wear one set, but it was not among the items she brought with her. The crew had to run to prepare for Thuy Trang a costume the director wanted.

In MV Thunderstorms, Canh Don does not use a close-up of Thuy Trang, only uses a panoramic camera angle of Da Nang. When she asked questions, Canh Don explained that the product was made with the idea of ​​respecting the beauty of the country on the singer’s voice. Later, Thuy Trang watched over and over again to restore the director’s professional thinking. She said, “Not only these two MVs, the audience still remembers me through other MVs like Yellow pumpkin, On a small river, Back to my hometown… Thank you to the director for giving me many musical products for a lifetime.”

Many impressive singers Canh Don is fastidious at work and harmonious in everyday life. Thuy Trang explains that his difficulty comes from perfectionism to make a better product. She said: “Three years of working together, I know his love for artists. He is very cute and gets along with children. Later, there is no chance to cooperate again, but I always respect and admire him. “.

Cam Ly has been working with Canh Don since the day she joined Kim Loi Center and has launched products Huai Gong, North Wind, Spring Chorus, Lynda Mylan medley… With many people, he is difficult, but I personally find him easy to approach. Cam Ly remembers the director’s signature smile and mustache. I like in him the way he builds MVs that always have a story line, easy to understand, and a lot of emotions. The singer said: “For me, he is a ‘banyan tree, a banyan tree’ in the profession. Even my husband – musician Minh Vy – considers him a teacher, learning many things.”

Phuong Thanh and Minh Thuan have MV Telephone staged by Canh Don, released more than 20 years ago. The product was filmed with youthful colors in Da Lat for two days, director Canh Don took care of everything. Later, Phuong Thanh worked with Canh Don in films Dear osin, Back home… She said: “In my eyes, he is an intellectual, funny, loving person. In the past, he was hot-tempered, but in recent years, he can’t make him angry no matter what kind of teasing in recent years.”

Not in the series Drizzle but Dan Truong’s famous products such as Kissing far away, Love turning on the heel, Going far away, Life of cicadas, Love in the rain, Winter dream, My mother, Alone, Singing for the season of old love, Lullaby for a thousand years… are all directed by Canh Don. Dan Truong said: “I like working with him because he is professional, never superficial. Before filming, he has a very tight script line. He also has a strong point in historical MV ideas. or epic…”.

He planned to invite Canh Don to the upcoming 25th anniversary music night to show his gratitude, but now there is no chance. The singer said: “I miss the days when the brothers roamed the streets of Paris and Berlin to shoot the MV. Rest in peace, to return to the Buddha realm soon”.

Tran Canh Don was born in 1959, is one of the veteran directors of the Southern film village. He is famous for his debut work Gem in the stone (1991). The director continues to impress the audience through films such as: The end in Bangkok, Poor Goalkeeper, When People Are Young, Circle of Sin, White Dollar...