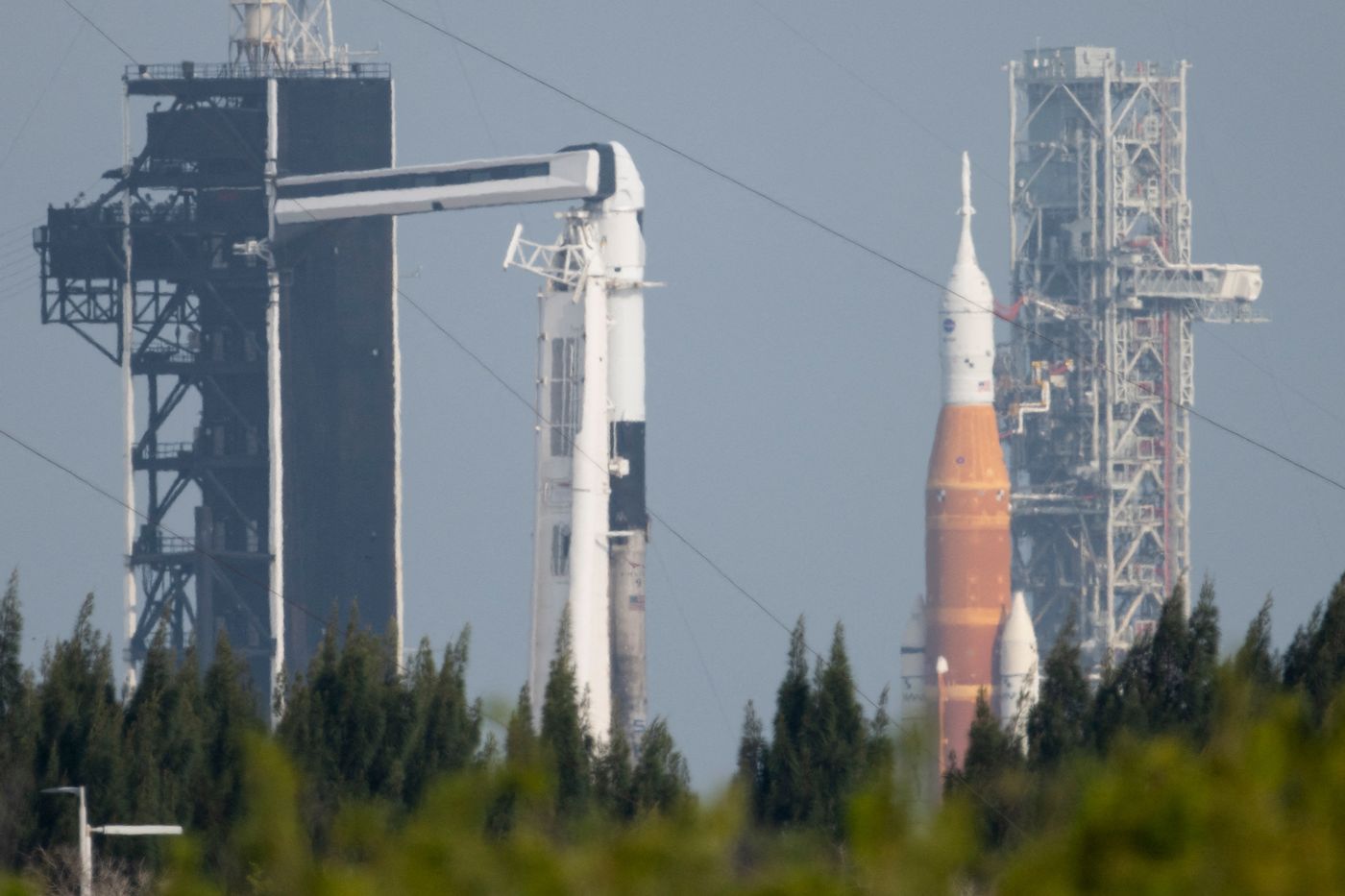 Some will see it as a sign of the times: the rocket that is to carry NASA’s Artemis 1 lunar mission finally had to give way to a first 100% private mission to the international space station.

This Friday, April 8, a rocket from SpaceX, the company of billionaire Elon Musk, will indeed take three businessmen – American, Canadian and Israeli, on behalf of another private company, Axiom Space. It was the latter that recruited the mission commander, Michael López-Alegría, a former NASA employee. The crew should stay on board the space station (ISS) for eight days.

Many private missions to space have already taken place, but either these did not go on board the ISS, like the Inspiration4 mission, or they used Soyuz vessels, from the Russian public agency. As such, the Ax-1 mission which takes off on Friday is the first to not involve any public space agency, either for the journey or for the crew. On the contrary, it forced NASA… to push itself.

Difficult tests for the SLS rocket

The Kennedy Space Center in Florida is indeed experiencing a scheduling conflict, due to the proximity of two launch pads. The private Ax-1 mission is due to take off from step 39A, while on step 39B, nearby, NASA is testing its super-heavy rocket, the SLS launcher. The latter must leave for the Moon in the coming months. For security reasons, it is impossible to take off while nearby we are working on this monster of technologies which must mark the renewal of the lunar conquest. SpaceX and Axiom therefore saw their departure delayed, the time for NASA to carry out the dress rehearsal for the takeoff of the SLS.

Alas, nothing went as planned. The weather, already, with four lightning bolts falling within the confines of firing point 39B, without causing any damage but worrying the specialists. On April 3, the filling of the tanks had to be postponed due to a malfunction in a pressure adjustment system. The next day it was a problem with the arrival of nitrogen used during filling. Finally, valves regulating the liquid hydrogen, which serves as fuel for the rocket, refused to open.

As a result, NASA ended up suspending the dress rehearsal. The SLS rocket will wait for the liftoff of the Ax-1 mission to resume its tests. “Our teams have demonstrated their ability to react to various problems, and none were major, reassured Mike Sarafin, in charge of the Artemis mission at NASA. We are proud to learn from these tests. »

The tests for the lunar mission must resume from the start of the private mission because another take-off is planned then: that of the Crew 4 mission. This flight must take three American astronauts from NASA and the Italian astronaut Samantha Cristoforetti, for the account of the European Space Agency, on board the ISS. Their takeoff is currently scheduled around April 20, from the same launch pad 39A as the Ax-1 mission. If the dress rehearsal is conclusive, the Artemis 1 mission, which is to place an unmanned spacecraft in lunar orbit, could start in early June.