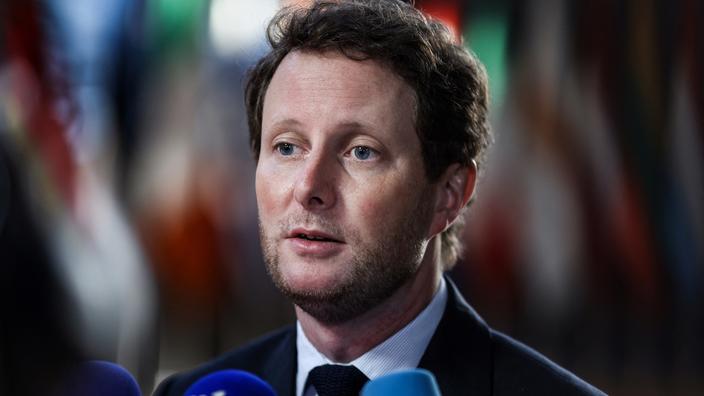 The suspension of flights from seven southern African countries, decreed last Friday, is extended until Saturday.

Faced with the disturbing Omicron variant, which appeared in South Africa, France is protecting itself. The suspension of flights from seven southern African countries, decreed last Friday, is extended until Saturday, announced Clément Beaune this Wednesday morning on RTL. The countries concerned are Botswana, Eswatini, Lesotho, Mozambique, Namibia, South Africa and Zimbabwe.

“Today, 23 European countries have taken similar measures to restrict access or suspend flights», Recalled the Secretary of State for European Affairs. The latest, Spain, which decided on Tuesday to suspend flights from seven southern African countries from Thursday until December 15.

A test to travel between France and these southern African countries

After Saturday, Clément Beaune announced that a European protocol “extremely reinforced», Currently in discussions between the Twenty-Seven, would take over. It will include restrictions already taken against countries “in red list“During previous waves of Covid-19 (“test on arrival, test on departure and isolation“). “We will undoubtedly go even further», Added the Secretary of State, explaining that even people who have been vaccinated would probably have to be tested to travel between France and these southern African countries. And this, “To verify that the variant is isolated, identified and that it enters our territory as little as possible“.

Read alsoCovid-19: for WHO, travel bans will not slow Omicron

His colleague in the government, the Minister Delegate in charge of Transport, Jean-Baptiste Djebbari, confirmed a few minutes later on CNEWS that “in the next few daysOf this protocol. “We will reopen these lines in a very limited way and for essential reasons“, did he declare. The same protocol “will definitely apply“For travel to and from Réunion, where the first case of the Omicron variant in France was identified on Tuesday, he also announced.