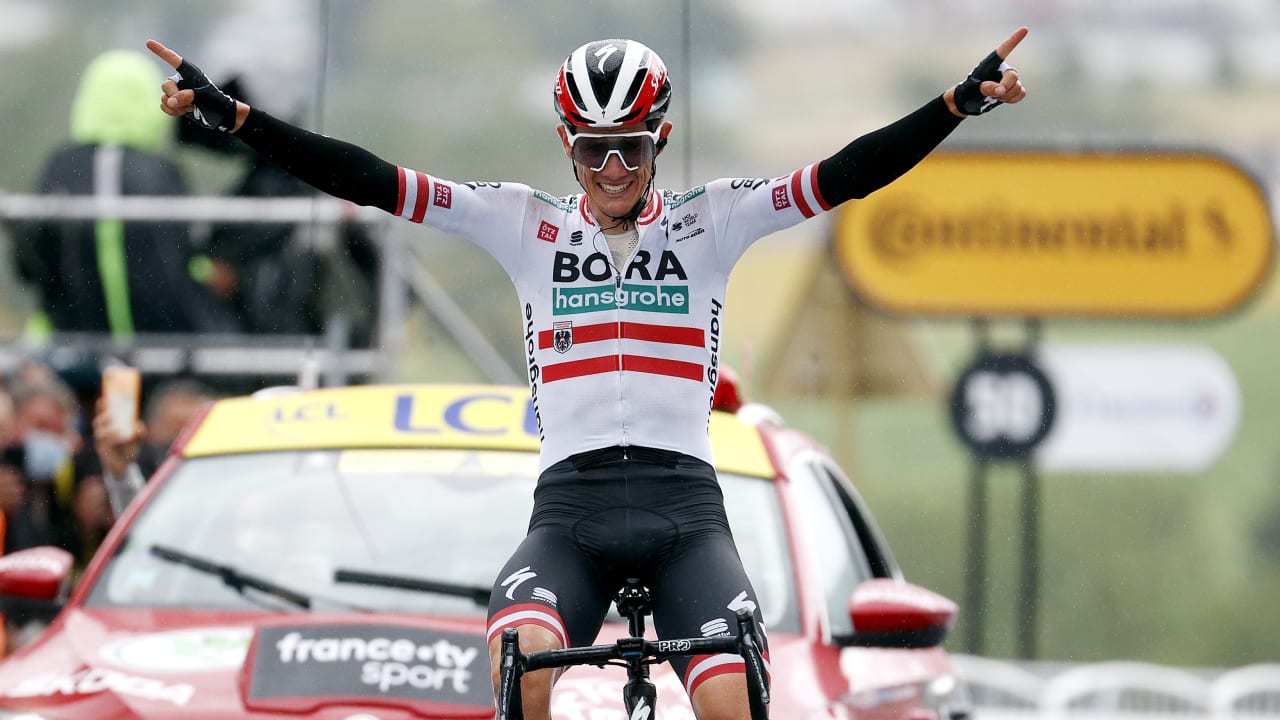 Second stage win for the German racing team Bora-hansgrohe in the Tour de France! After Nils Politt (27) won in Nimes, the Austrian Patrick Konrad (29) was the first to cross the finish line after the rain battle through the Pyrenees from Pas de la Case in Andorra to Saint Gaudens.

The Austrian champion had left a breakaway group and had been driving alone for a long time. The lead was never huge, but the pursuers disagreed. Even ten kilometers from the finish, he was only a minute ahead, but that was enough.

“I am totally speechless! This is the biggest bike race in the world. The team, the family, everyone trust me, now I have this victory. That makes me really proud, ”said Konrad, who was in a group for the third time on this tour. Now the success came.

It was the first stage win for a professional from the Alpine Republic in 16 years when Georg Totschnig (50) won. In fact, it was only the third day an Austrian had ever won the Tour of France.

He realized his victory relatively early. “The Teufelslappen thought: Now we can celebrate! And 500 meters from the finish I knew it was done, ”said Konrad, who pedaled 76 km towards the finish in the pouring rain alone.

“After my 2nd place I thought to myself: if I get into the situation again, I’ll be the first to attack,” said Konrad. Already on the stage to Quillan on Saturday he was close, but had to give way to the Dutchman Bauke Mollema.

But now he couldn’t be beaten. “I came here with the aim of winning the stage. It makes me incredibly proud and it’s like a breakout, ”he said. “My brother-in-law said to me on the day of rest: ‘The hardworking reaps happiness.’ I knew I had the legs, the shape and the talent. I tried the crowbar, it worked. “

The Slovenian Tadej Pogacar (22) remains in yellow. The previous year’s winner controlled the action on the 169 km with all the top 10 drivers in a group around 14 minutes after Konrad. Nobody could even come close to attacking the front runner.

On Wednesday it goes again through the Pyrenees from Muret for 178 km to Saint-Lary-Soulan on the Col du Portet. Two climbs in the first category and at the end the finish line at an altitude of 2215 meters, a mountain in the Hors Catégorie, the highest rating. The perfect profile for Pogacar.