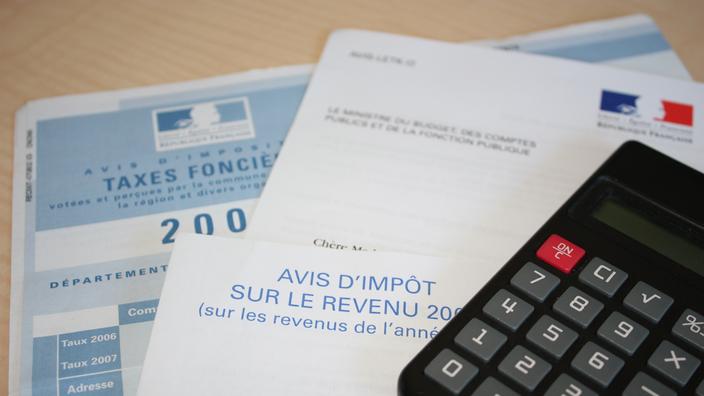 The study carried out by Harris Interactive for the Council of compulsory levies (CPO) shows that they are nearly seven out of ten (69%) to declare themselves dissatisfied with the current tax system in France.

French people who are very critical of the tax system, but not to the point of rejecting its principle as a whole. This is what emerges from a vast study carried out by Harris Interactive for the Council of Compulsory Levies (CPO), an institution attached to the Court of Auditors, published on Wednesday. This first “barometer of compulsory levies“, which is intended to be repeated periodically, indeed shows a certain tax fed up of the French.

Read alsoWho pays the most income tax in France?

A large majority of respondents (75%) consider taxes too high, and 62% that they pay too much tax, especially those with the highest incomes. Even if it is necessary to qualify these results, underlines the Council of the compulsory levies. “It should be noted that this overall assessment is likely to be biased by the fact that the question asked did not include a link between compulsory levies and the public expenditure they finance“, writes the CPO in a note.

Thus, nearly seven out of ten French people (69%) say they are dissatisfied with the current tax system in France, primarily because it is considered “not fair enough(54%). In particular for the middle classes and, to a lesser extent, for the popular classes. Indeed, 66% of respondents believe that middle-income households pay too much tax, and 48% say the same for the most modest households, against only 21% for the wealthiest. The redistribution of wealth is considered insufficient by more than one in two French people (55%).

Read alsoTaxes: how much can you really save?

A “citizen act” for eight out of ten French people

Another point which crystallizes the critics, the use of public money. Nearly two-thirds of respondents (65%) are dissatisfied with it. On this point, they show more confidence in the most local institutions (municipalities and departments) than in those that are furthest away (the State and the European Union).

Despite all these points of tension, taxation remains generally accepted by the vast majority of French people. Nearly eight in ten (79%) see paying taxes as a “citizen act», in particular because it contributes to the life of the country by financing public services and social assistance. “This high figure reflects the strength of tax citizenship and broad support for the principle of taxation. This has been reinforced recently by tax reforms that have had the effect of simplifying the payment of taxes, such as the implementation of the withholding tax income tax”, notes the CPO, this reform being indeed considered good by 77% of the respondents.

Finally, the study evokes the hypothesis of a “covid taxto repay the debt created by the aid paid during the health crisis – an option rejected by the government. The results are in line with the previous ones: nearly three quarters of French people (73%) are opposed to an increase in taxes to reimburse this “covid debt“.

Survey conducted by Harris Interactive online from September 3 to 9, 2021. Sample of 1013 people representative of the French population aged 18 and over, divided into 2 sub-samples of equal size. For each of the two sub-samples, quota method and adjustments applied to the following variables: gender, age, socio-professional category, region and size of the interviewee’s urban area.

SEE ALSO – “Eric Zemmour, it’s the state that pisses us off”, according to Guillaume Tabard