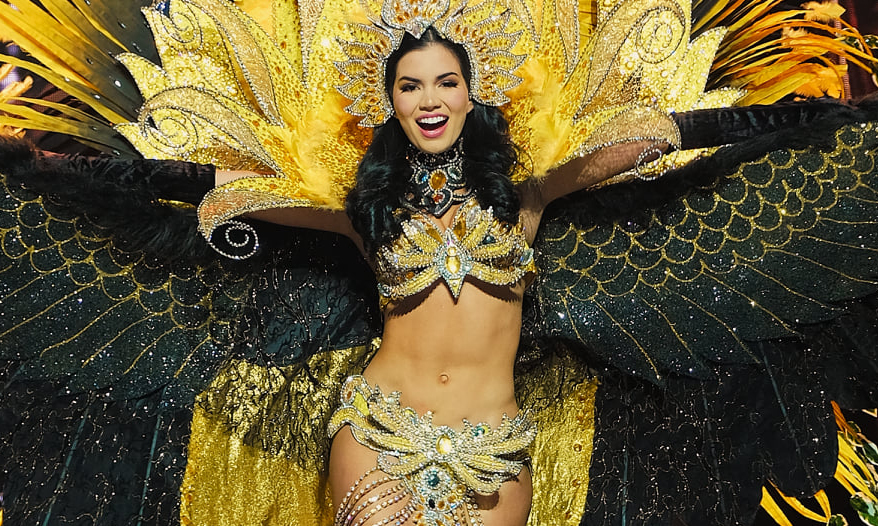 ThailandMiss Malaysia, Peru, Angola were announced to win the national costume award in the final Miss Grand, on the evening of December 4.

Márcia De Menezes of Angola impressed with the costume inspired by Queen Nzingha Mbande – the character who led the army of the kingdom of Ndongo to fight the Portuguese in the 16th century. , she simulates the fighting movements of an African, a wide-eyed expression.

Lishalliny Kanaran’s costume – Miss Malaysia – consists of seven dolls, simulating the classical dance of the state of Terengganu. The dolls wear gorgeous dresses and hats while Lishalliny Kanaran wears black, the incarnation of the shaman. According to legend, the dance tells the story of a sea princess who stole the soul of a fisherman she loved. This person then asked a shaman to reclaim the soul from the princess and her sisters.

Samantha Batallanos Cortagena – Peru’s representative – wears a yellow and black outfit with large wings. Among the three beauties, representatives of Malaysia and Angola entered the top 20.