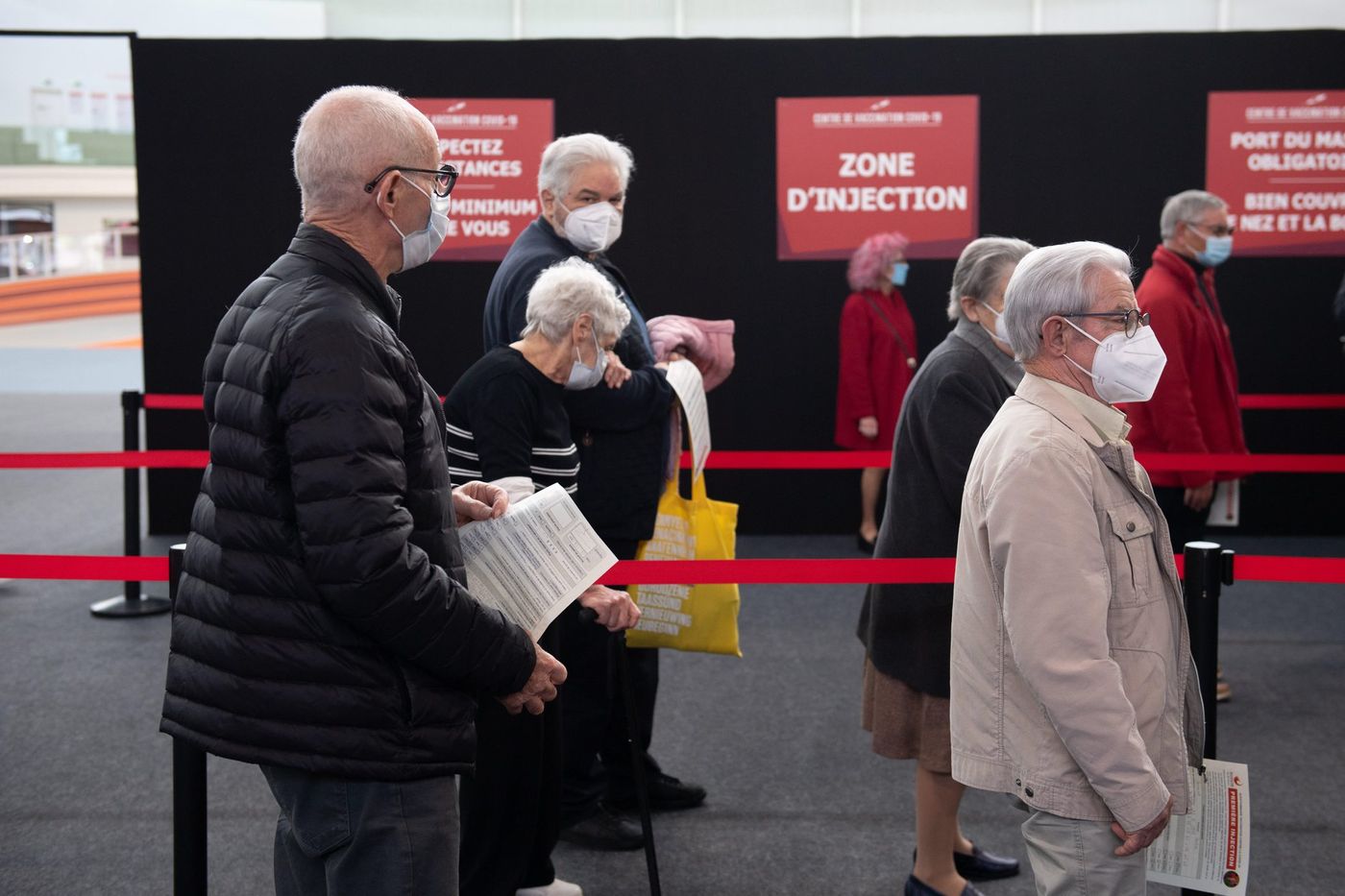 ► Third dose recommended for over 65s and frail people

Olivier Véran, Minister of Health, said Monday, August 23 on BFMTV, that he was considering a third dose of the anti-Covid vaccine for people aged 65 and over. The High Authority for Health (HAS) went in his direction. She recommended Tuesday, August 24 a booster dose to all people 65 years and over, as well as those at risk of serious forms.

→ THE FACTS. Covid-19: towards a third dose of vaccine from 65 years old

The authority also proposes to “Simplify the vaccination course” of the people concerned “By administering the flu vaccine and the one against Covid concomitantly” from the end of October.

#Communicated | # COVID19 The HAS recommends a booster dose with an mRNA vaccine for people aged 65 and over and those at risk of severe forms, from the start of the influenza vaccination campaign.
➡ At least 6 months after the complete primary vaccination
👉https: //t.co/FRGIh30LFZpic.twitter.com/9zNxgwcZqQ

She also recommends a booster dose with an mRNA vaccine for people who have had the Janssen single dose vaccine and advocates it. “From 4 weeks after the first injection”.

The Snuipp-FSU, the first primary school union, has called for adjustments to the health protocol against Covid in schools, as the start of the school year approaches.

“Children not being vaccinated in the classes, we need to find other systems to prevent contamination and the circulation of the virus between children”Snuipp-FSU General Secretary Guislaine David said at a press conference.

→ ANALYSIS. Back to school: primary school, weak link in the anti-Covid strategy?

In particular, it proposes to strengthen the testing strategy to stop contamination, for example by setting up “Systematic weekly saliva tests at home, in addition to the massive tests”. Guislaine David also warns about the absence of “Well-defined and strict rules” for the canteen. Finally, she insists on wearing a mask outdoors and the need to identify the lack of ventilation in the classes with CO sensors.2.

► Towards compulsory vaccination for police officers

The Minister of the Interior, Gérald Darmanin, warned that he would make vaccination against Covid-19 compulsory for police officers in contact with the public, if their vaccination rate did not reach 90%.

“But for the moment I am playing the game of social discussion and I see that it works, we are more than 70% of vaccinated police officers, it is 10 to 15 points more than the French population”, did he declare. These statistics were estimated from “Feedback from department heads who spoke with their staff”, explained the entourage of the minister. The minister added that he will remake “Early September” a point with the police unions.

► The CNRS demands respect for ethics in the opinions of scientists

The National Center for Scientific Research (CNRS) demanded in a press release, the respect of the rules of ethics by scientists speaking, without special skills, on the subject of vaccination against Covid.

→ EXPLANATION. Covid-19: scientists in the fight against disinformation

This statement follows calls from sociologists and citizens demanding from the CNRS a firm reaction to the words of sociologist and CRNS research director Laurent Mucchielli. On July 30, he had published on the “blog” section of Mediapart an article, co-signed with five other people, calling for the suspension of the vaccination campaign on the grounds that it was “Potentially” responsible for nearly 1,000 deaths as a result of adverse reactions.

#Communicated 🗞️ | the @CNRS deplores the public positions taken by certain scientists on subjects far from their fields of professional competence, such as, for example, vaccination against # Covid19.

► In Greece, new restrictions for the unvaccinated

Greece has announced new restrictive measures in places of entertainment and work and the end of free testing for Covid-19, in an attempt to stem the“Epidemic of the unvaccinated”. “From September 13 until March 31, 2022”, new measures “Mandatory screening will be applied to unvaccinated”, said Vassilis Kikilias, the Greek Minister of Health, quoted in a statement following a press conference.

More specifically, entry into cafes, bars, restaurants or sports clubs will only be allowed to vaccinated or unvaccinated people, presenting a certificate of contamination by Covid-19 in the last six months. proving their recovery. Regarding cinemas, theaters or museums, the entrance will remain accessible to the non-vaccinated, provided that they present a negative rapid test result carried out in the last 48 hours.