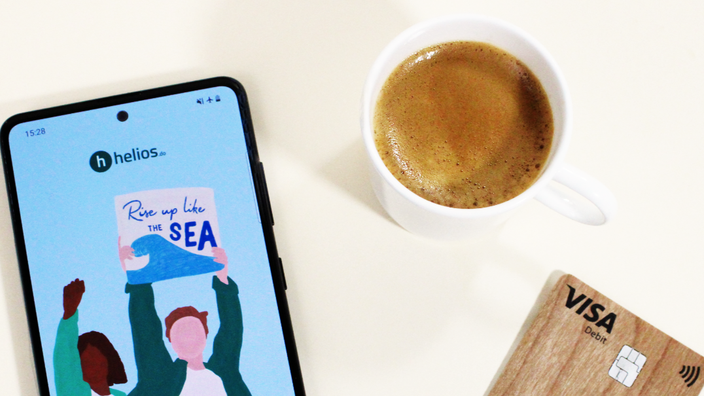 In the field of banking services, simple and sustainable alternatives remain rare. Helios, Green-Got and OnlyOne, three neobanks want to meet this demand.

“We are part of the generation of 25-30 year olds who know they are going to suffer the effects of the climate crisis” shares Maud Caillaux by recounting the genesis of Green-Got, a neobank that offers a 100% carbon-free bank account. “While we make a lot of efforts in our daily life to reduce our impact, the money we put in the bank finances the opposite: a very carbon-intensive world”, she asserts. This contradiction hopes to find a resolution soon thanks to new sustainable banking offers like those of Green-Got but also other start-ups which are launching themselves like Helios and OnlyOne. Carbon footprint of customer purchases, financing of projects with high social and ecological value, transparency, there is no shortage of proposals to ensure their “sustainable” positioning.

For these fintechs the challenge is considerable: to bring ethical finance out of its historical market and bring it to the general public. To do this, they want to combine the integrity and transparency of so-called “ethical” banks – such as La Nef or Crédit Coopératif, the leading duo in Oxfam’s rankings – with the simplicity of subscription and use of neobanks like Lydia or N26.

These three fintechs, which claim thousands of pre-registrants, will launch all their offers in the coming months.

Driven by the same objective, these offers however differ

It was Helios, who on February 23 opened the ball. ” We had 1000 account opening requests in 24 hours ”, poster Julia Ménayas, the co-founder. Halfway between the bank and the neobank, fintech says it works ” without intermediary “, directly with Solarisbank, a German technology player holding a banking license. This service provider enables Helios to ensure full independence: “ our deposits are not in Solarisbank’s balance sheet, they are completely isolated from its activity ”, assures the young entrepreneur. This money will then be invested according to a list containing specific exclusions (among them coal, gas, oil or shale gas).

At the moment, Helios only offers a checking account. On the other hand, Green-got and OnlyOne, if they have not yet launched, intend to offer a savings product in their offers.

In addition to the possibility of saving in a sustainable way, these two fintechs wish to support consumers in reducing their carbon impact. Thus, algorithms analyze customer purchases and translate them into emissions: ” We have been working on the project for 2 years, which allows us to be independent on our technology ”, notes Kamel Naït-Outaleb, founder of OnlyOne.

But if these neobanks aspire to “change the world”, they remain very marginal at present. Kamel Naït-Outaleb, underlines the importance of changing the lines internally, within the big French banks: “ before Helios reaches 100 million euros, it will take time and it is nothing compared to the billions invested by the banks ”.

Innovations that have yet to prove themselves

For Claire Calmejane, Director of Innovation for the Société Générale group, these young shoots have yet to prove themselves: “ in these new generation neobanks we talk a lot about successes but there are also many failures ”.

However, she looks at these innovations with interest: “At Société Générale, these topics were followed very early on, notably with the acquisition of Lumo in 2018” – a crowdfunding platform that makes it possible to invest in renewable products – or that of Treezor the same year, which provides neobanks (including OnlyOne) with Banking as a Service (BaaS).

Beyond these acquisitions, changes in the regulatory framework are forcing large banks such as Société Générale to tackle these issues head-on: “At the level of the ECB there is a desire to move towards this green economy”. The overall movement seems to be driven by traditional players as well as newcomers. ” Different angles materialize, in everyone’s interest ” concludes Claire Calmejane.