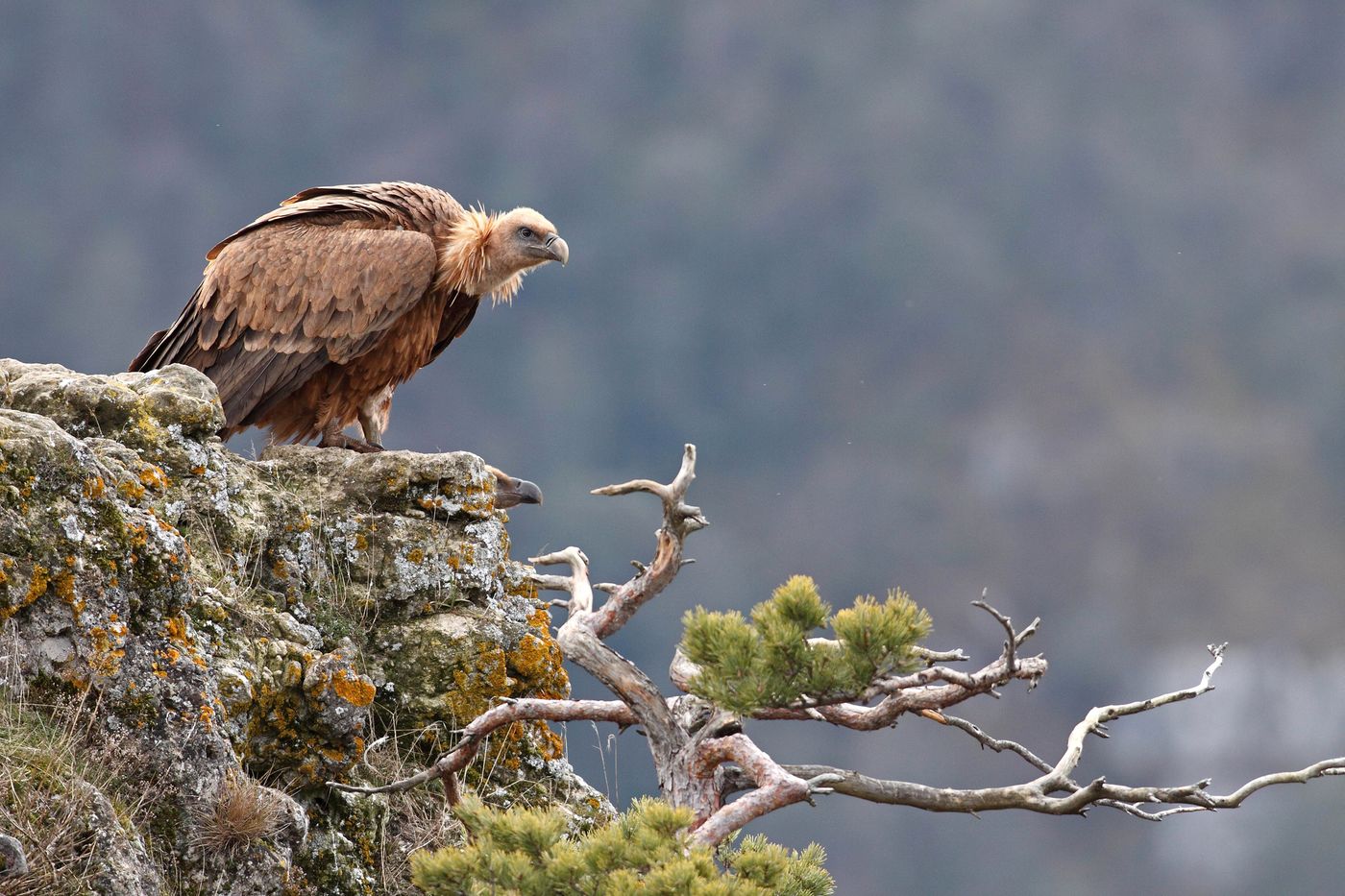 The griffon vulture hovers over the Jonte gorges. Slowly, it spins, flying over the Grands Causses between Lozère and Aveyron. With its outstretched wings and sharp beak, it seems invincible. Yet he is in pain. His pain is invisible. His visual abilities are impaired, his orientation is blurred and he is emaciated. Lead poisoning left him vulnerable.

Until September 11, the World Conservation Congress of the International Union for the Conservation of Nature (IUCN) is being held in Marseille, after taking place in 2016 in Hawaii, United States. During this previous edition, IUCN adopted a motion calling for the elimination of lead ammunition. But there is still a long way to go.

Sentinels of a long food chain, scavenging birds of prey, from the Pyrenees to the Alps, are particularly affected. “In scavengers, there is a significant acidity capable of digesting the bones of their prey. However, this acidity increases the absorption of lead which spreads in the body ”, emphasizes Florence Roque, director of the Lyon veterinary pharmacovigilance center and volunteer in charge of the raptor autopsy for the national veterinary toxicological information center.

The food of these scavengers consists in particular of game hunted with lead and animal carcasses hollowed out on site by the hunters. “It’s worrying for the environment but also for hunters”, deplores Florence Roque. Beyond the visible ammunition, fragments of lead remain in the body of the animal, whether it is consumed by humans or by scavengers. “My grandfather ate rabbits killed with lead, and he did not die of lead poisoning”, sweeps the director of the federation of hunters of Gard, Marc Valat.

For birds, however, concluding that death is linked to the presence of lead remains complex. The Vigilance Poison network, managed by the LPO, as well as the SAGIR network, managed by the French biodiversity office (OFB) with the help of hunting federations, manage the toxicological monitoring of the corpses of birds found. But the figures are difficult to decipher.

→ REPORT. The delicate protection of seabirds

According to a study published in the scientific journal Ecotoxicology and Environmental Safety, long-term exposure to lead, even at levels below the regulatory threshold, “Reduces the ability of birds to avoid obstacles or learn to avoid them”. Thus, a collision with a high voltage line is thus identified as being the cause of death, “While this should be attributed to a high exposure to lead”.

Lead can also come from old mining industries. But, according to the same study, concerning the raptors of the Pyrenees, the distribution of proven cases of lead poisoning does not correspond to the map of mining industries. On the other hand, it is correlated with a part of the mountain where hunting is intensive.

In the Cévennes National Park, as part of the European Life GypConnect program, a group of around fifty volunteer hunters, members of the Lozère federation, tested copper-based ammunition for two seasons, in 2018 and 2019. . Up to 60% more expensive than lead ammunition, copper ammunition was partially covered by the European program.

“Overall the experience has been satisfactory. I now use copper for close distances. On the other hand, lead remains more effective in reaching distant targets ”, testifies Ludovic Agulhon, one of the volunteers. This test, positive, will be repeated soon. Nevertheless, the price of copper remains the main difficulty in convincing hunters.

Highly exposed to the risk of poisoning, waterbirds have long been at the center of environmental concerns. In France, since 2006, it is forbidden to shoot lead in wet areas up to 30 meters from the water table towards the water. But, beyond this buffer zone, if the hunter does not shoot in the direction of the water, it is authorized. “It’s an aberration”, estimates Pascal Orabi, head of mission at the LPO. “How do you prove that a hunter shot at wetlands?” Verbalizations are impossible. In addition, controls are extremely rare. “

In the Camargue, on the edge of the Tour du Valat nature reserve, the 2,700 hectares of which have just entered the green list of IUCN protected areas, the shell collections after the hunting season show that 55% of ammunition used are still lead. “All hunters are informed of the regulations ”, specifies Marc Valat, aware that some do not respect it. “This law should have completely banned the wearing of lead ammunition when hunting in wetlands. “

Here, no tide capable of evacuating the lead balls. “We have a very significant presence of lead flush with the surface of the water, accessible to birds which swallow them”, details the director of the Tour du Valat, Jean Jalbert. “It only takes two shots for a duck to be sentenced to term. The mechanical action of the absorption of lead by the gizzard and gastric juices is transmitted in the blood and leads to lead poisoning “, he adds faced with the incomprehension of some hunters.

“Of course, there are no dead birds everywhere”, he continues. “But lead poisoning is not visible, the birds become weak, are at the mercy of predators, with contamination of the food chain. For birds of prey, for waterbirds as well as for humans, the consequences of lead, although very present, remain invisible, silent but nonetheless real.

In January 2021, the European Commission adopted a restriction on the use of lead shot in EU wetlands. It will apply from February 15, 2023 in the 27 Member States.

This restriction also provides for extending the buffer zone from 30 to 100 meters around the water tables. Member States with at least 20% or more wetlands will have to ban lead shot nationwide. In this case, the restriction will apply from February 15, 2024.