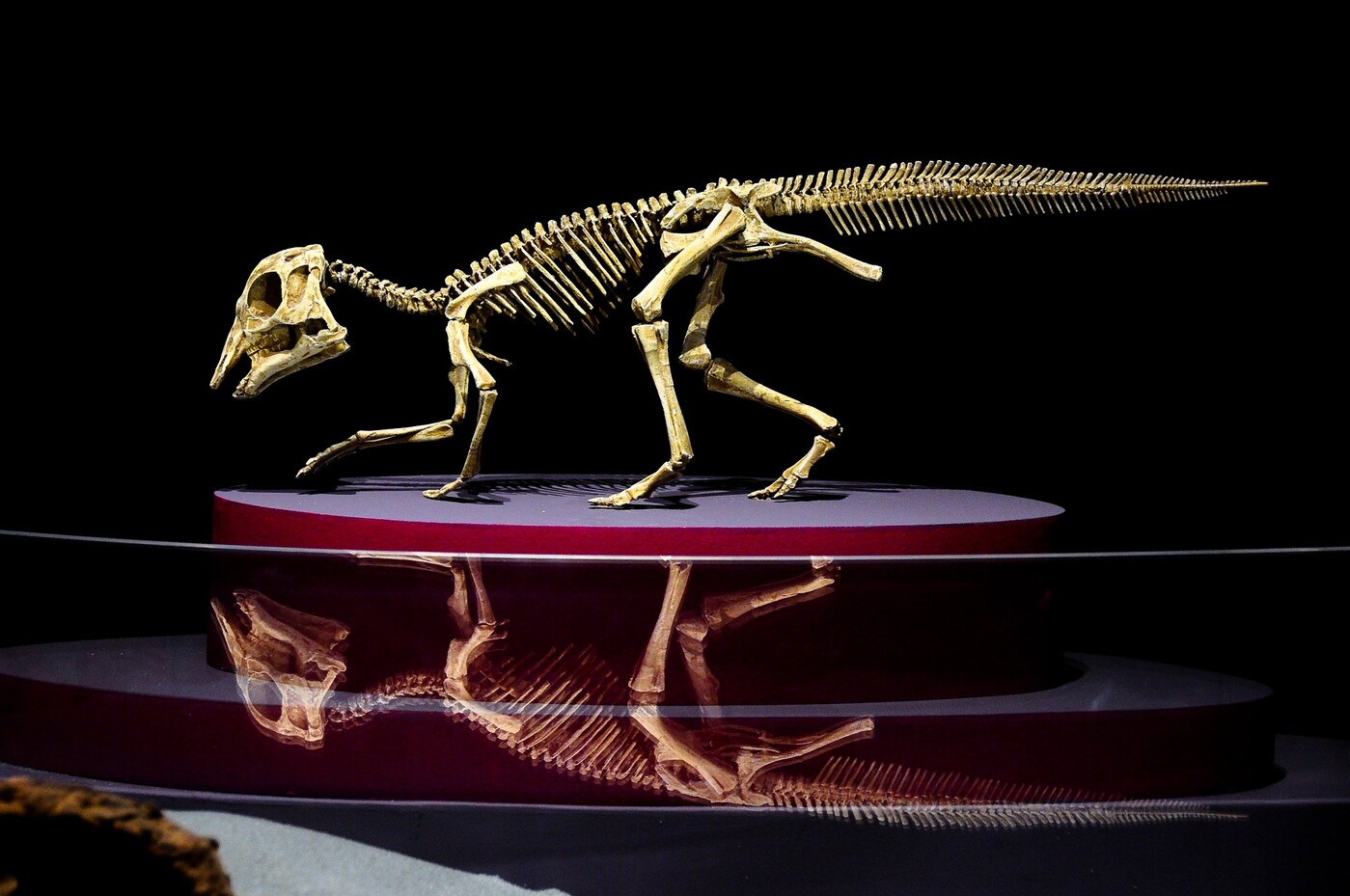 La Croix: Where can we find dinosaur fossils?

Damien Germain: All over ! The fossiliferous deposits are distributed throughout the world, as long as the rocks are sedimentary and continental, dated between the Triassic (- 250 to – 200 million years), the Jurassic (- 200 to – 145 million years), and the Cretaceous (- 145 to – 66 million years ago).

When the animal dies, the soft parts break down quickly. To have a fossil, then a layer of sediment, such as sand or clay, must very quickly cover the skeleton. By the play of tectonic plates, these logically very old deposits can finally be brought to the surface. Erosion then allows fossils or pieces of fossils to emerge.

There are undoubtedly many deposits to be found, but they still need to be accessible for excavation. In France, for example, we discovered with surprise a large marine reptile dated 90 million years ago in a private cellar in Maine-et-Loire.

How are such excavations carried out?

DG: Once we have located pieces that are outcropping, we delimit the extent of the fossil. Then we unearth a large block of rock, which includes the fossil and the soil around it, like a sculptor facing a block of marble. Except that here, as it is sedimentary rock, the loose block is very friable and fragile. It is therefore generally covered with a damp newspaper, or even it can be plastered or injected with resin to fill any microcracks. The idea is to prevent the block from splitting up during transport and with it, the fossil.

Once in the laboratory, the fossil is gradually removed, taking care not to lose information on the context. A fossil rock can for example contain fragments of plants or pollen, which will provide information about the vegetation and the ecosystem at that time. The reality is far from the image of Épinal, where we would brush a bone, both feet in a field, until it comes out clean in the middle of the excavations!

What more can fossils tell us about dinosaurs?

DG: Already, paleontologists are regularly discovering new species of dinosaurs. Then, even for species already known, we can bring to light more complete or better preserved remains, and therefore refine our knowledge of the animal and its environment. We can compare fossils from different regions, and we know how to present them better; the image of the big clumsy reptile is no longer relevant.

New imaging techniques also allow access to what is inside the bones. For example, one can follow the path of veins and nerves in the skull, the structure of the inner ear, or even get a fairly good idea of ​​the musculature around the bones. Even if, let us remember, these are always approximations because they are extinct animals. Very, very rarely, paleontologists also find dinosaurs or mummified and dried out fragments, which allows glimpses of the skin and soft tissue.