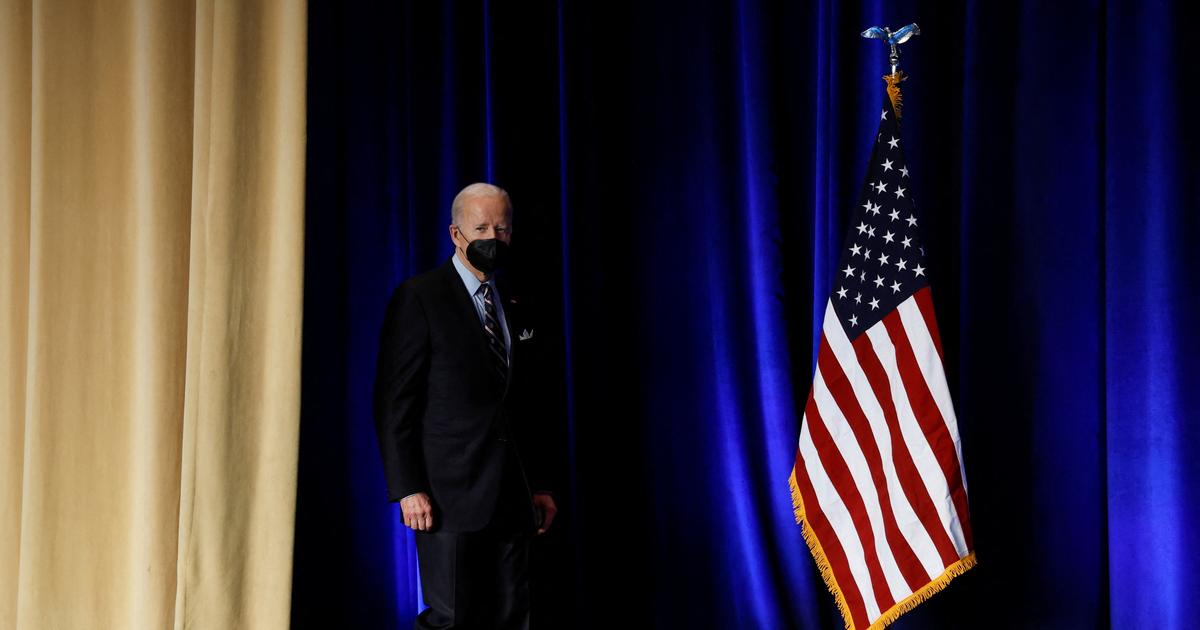 Russia will be stripped of its “most favored nation” status, which would pave the way for tariff hikes.

The United States and its allies have stepped up their escalation of sanctions against Moscow, paving the way for punitive tariffs and drying up trade with the country, in response to the invasion of the Ukraine.

“The United States, our allies and partners continue to work together to increase economic pressure on (Vladimir) Putin and further isolate Russia on the world stage,” the US president said Friday from the White House. The EU and the G7 have joined Washington in revoking the so-called status of “most favored nation” enjoyed by Moscow, which facilitates free trade in goods and services.

Joe Biden also announced a ban on imports of “flagship sectors of the Russian economy, including seafood, vodka and diamonds”. In the wake of this announcement, the US Department of Commerce announced a ban on exports of luxury goods, including jewelry, cars, clothing and antiques, to Russia and Belarus. “We will not allow (Vladimir) Putin and his friends to continue to live in opulence while causing enormous suffering throughout Eastern Europe.“, justified the American Secretary of Commerce Gina Raimondo. The European Union has followed Washington’s lead, in turn announcing a ban on its own luxury goods.

Cut off from the global free trade game

By depriving Russia of its “most favored nation clause”, a principle of reciprocity which is the basis of free trade, Westerners de facto cut it off from the global game of free trade, and give themselves the right to heavily tax imports of Russian products. This clause, applied by the World Trade Organization (WTO), of which Russia has been a member since 2012, requires that any trade advantage – such as a reduction in customs tariffs – granted by one member is automatically applied to all the others. The United States, for example, respects this principle with all trading partners, with the exception of two countries, which will therefore be joined by Russia: Cuba and North Korea.

The final decision on this new sanction rests with the American side in Congress, which should be a formality, Democrats and Republicans having already signaled their support for the cessation of normal trade relations with Russia. The House of Representatives will vote next week.

Washington, increasing the pressure on the Russian oligarchs and those close to Vladimir Putin, also extended on Friday the list of personalities targeted by individual sanctions, that is to say whose assets in the United States will be frozen, and who will be prohibited from any transaction with a US person or entity. The US Treasury Department will thus sanction, among others, the wife and two adult children of Dmitri Peskov, faithful spokesperson for Vladimir Putin, himself already targeted. “All of them have a luxurious lifestyle that is hardly compatible with the salary of a senior civil servant in Peskov and certainly based on the ill-gotten riches resulting from the relationship between Peskov and Putin”, notes the US administration. The United States has also put businessmen on its list as well as members of the Duma, the Russian Parliament.

All this adds to several salvoes of Western measures intended to gradually cut the economic and financial ties of the country led by Vladimir Putin with the rest of the world. These sanctions have already had a devastating impact on the Russian economy, to the point that the country is now, according to the Fitch agency, threatened with default.

Kristalina Georgieva, Managing Director of the International Monetary Fund, herself stressed on Thursday that it was no longer “an unlikely event” and warned that Russia was going to experience “a deep recession”. The war in Ukraine also has consequences for the entire world economy, which is barely recovering from the Covid-19 pandemic, due in particular to the explosion in the price of raw materials.