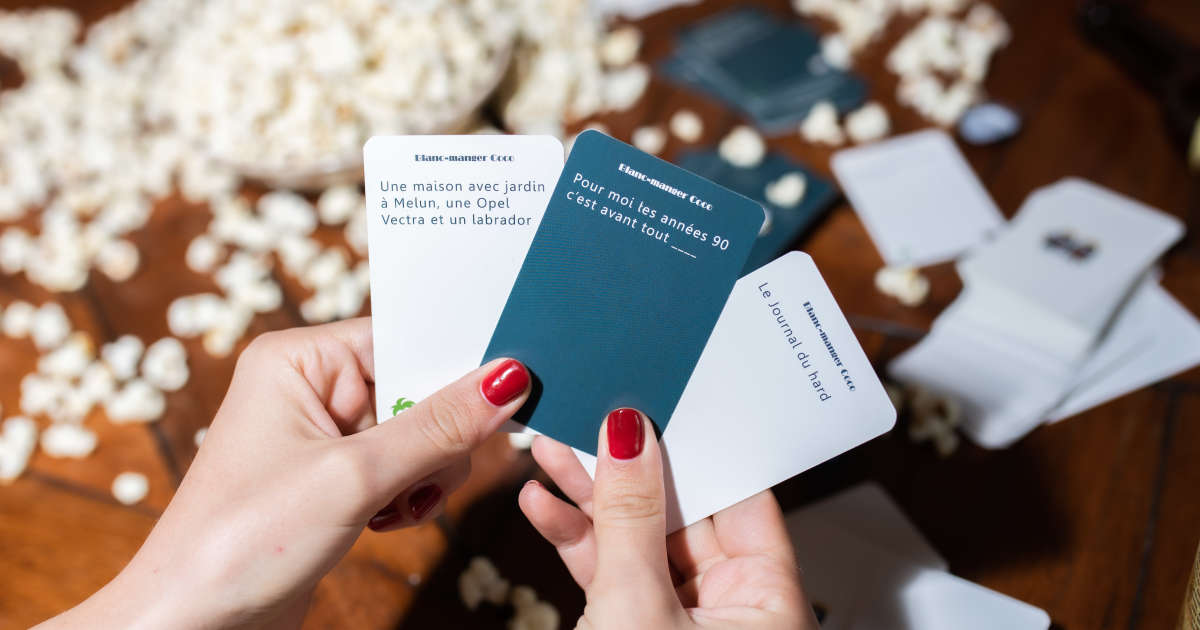 The scene takes place on a balcony, on the outskirts of Toulouse, where a group of friends has gathered. The atmosphere is festive and, between two bursts of laughter, there is an exchange, to say the least… surprising.

“So what’s really annoying about globalization?

– Girls from the East!

Contrary to appearances, we are not here at the end of a National Rally banquet, but in the most bobo environment there is: between urban thirty-somethings who voted green or rebellious in the first round of the presidential election. And if they allow themselves to say things out loud that they would consider shocking, and even inadmissible, on other occasions, it’s because they’re playing Blanc-Manger Coco, a phenomenal game that has been a resounding success since then. a few years.

With 2.5 million boxes sold (all extensions combined), since its creation in 2015, and a peak of 450,000 copies in 2021, it is the best-selling board game in France. Inspired by the good old exquisite corpse, it consists of filling in sentences “with holes”, with proposals written on cards distributed at random. The specificity is that the sentences and the suggestions that accompany them are particularly trashy. And this in all registers, from the most schoolboy to the most gravelly, and up to the frankly disgusting

One can thus wonder about these “best ways to p