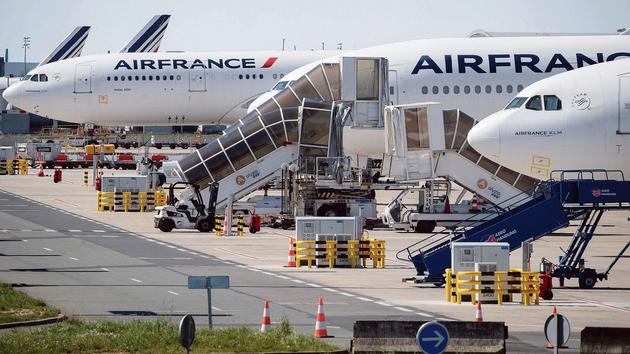 DECRYPTION – The group will benefit from a support plan of 4 billion, including a capital increase of 1 billion.

Let Bruno Le Maire, Minister of the Economy, announce Monday morning the new Air France rescue plan to 4 billion euros. Then detail the terms of this help a little later in the day. The CEO of Air France KLM, Ben Smith, knows what he owes to the public authorities. He therefore respected the customs. After having mobilized 7 billion in April 2020 for the French company, the State, which owns 14.3% of its parent company Air France-KLM, will make a new effort: it intends to transform its loan of 3 billion to the French company in perpetual bonds considered as equity. And participate in the capital increase of one billion euros planned by Air France-KLM. Suddenly, the State will be able to rise to “a little less than 30% of the capital of Air France-KLM, said Bruno Le Maire. This will make the State the group’s largest shareholder“.

Will this plan be enough to save Air France-KLM?

With the health crisis that is not receding, the group has seen its