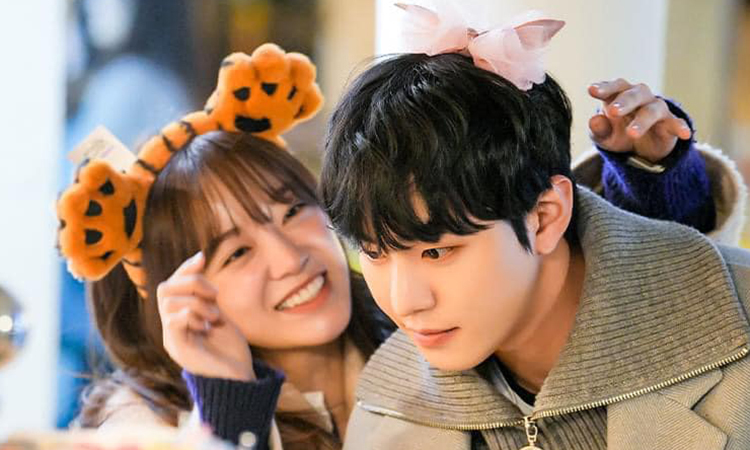 The script of the movie “Dating at the office” follows the old, predictable motif but attracts the audience thanks to its lively acting and humorous details.

The film tells the story of Shin Ha Ri, a food worker who goes to see the face of her best friend, accidentally encounters the director of her company, is attracting attention in many Asian countries. According to data from Netflix, the work is the most popular non-English series in the week from March 14 to 20, reaching a total of 23,480,000 hours of viewing on the application. In Korea, the latest episode’s rating reached 10.8%, attracting about 2.1 million viewers, according to Nielsen Media Research. Dating in the office also ranked number one on Netflix app in 27 countries such as Vietnam, Thailand, Indonesia, Singapore, Philippines, Hong Kong, Taiwan, Sri Lanka, UAE, Qatar, Pakistan, India, Egypt, Kenya…

In Vietnam, the film caused a “fever” on social networks Facebook, Tiktok. The audience continuously shared, cut videos and photos, set up groups to discuss the work, attracting tens of thousands of participants. Many replicas of the movie characters’ costumes also appear on online shopping apps.

By page The Star of Korea, the film was successful partly because it kept the spirit of the webtoon A Business Proposal (author Haehwa), has 450 million views. Author Haehwa said that she did not participate in the casting of the cast, but was completely surprised because their visuals were completely similar to comic books. In particular, the role of female lead Shin Ha Ri’s best friend – Jin Young Seo (played by Seol In Ah), coincides with her imagination.

According to Haehwa, the production team took advantage of the elements of the story and created many new details to attract viewers. She herself is therefore excited to enjoy as an audience. The drama changed many details related to the female lead’s work, her relationship with her boyfriend’s grandfather, making the role more vivid.

From the feminine and delicate character in the webtoon, Shin Ha Ri is built as a smart girl who is good at improvisation. For fear that the company’s director would find out her identity and fire her job, she took the fake name Shin Geum Hui and signed a dating contract with him. The female lead in the story is quickly debunked by the male lead, while the character in the film continuously escapes, causing many bad jokes.

The series creates many exaggerated situations, typical of Korean romantic television series, but still has the effect of attracting viewers. The male lead Kang Tae Moo was born in a rich family, has a high education, and has good working ability, but falls in love with a girl from an ordinary background, even being repeatedly rejected by her. Before that, he tried to confess but always had problems. The scriptwriter also created for him the nickname “the ancestor bird”, which became the character’s signature.

The work also sets out many current stories, such as the distinction between rich and poor ingrained in Korean thought for many generations, expressed through the love story of the two main characters. In addition, in episode six, the film condemns stealth filming, a problem that has existed for many years in Korean society.

According to Korea’s MK page, although the motif is easy to guess, Dating in the office scored points thanks to the charming acting of the cast. In the role of Shin Ha Ri, Kim Se Jeong was praised by many viewers as the Korean Emma Stone for her smile and lively acting. She shows the transformation of her character when in two identities: the simple employee Shin Ha Ri and the play girl Shin Geum Hui. In recent episodes, the role has deepened when Shin Ha Ri wondered about Kang Tae Moo’s feelings, thinking about the difference between the two. Kang Tae Moo (played by Ahn Hyo Seop) is beautifully created. Cold and rigid at work, but whenever he is with Ha Ri, Tae Moo has many delicate and gentle gestures.

The cast of supporting characters also contributes to the color. The couple Jin Young Seo (played by Seol In Ah) and Cha Sung Hoon (played by Kim Min Kyu) fell in love at first sight, the emotional development was fast, making the audience excited. The role of grandfather Kang Tae Moo, family, and colleague Shin Ha Ri all have many funny expressions and actions.

The scriptwriter installed many details to promote the Korean wave of Hallyu culture. Kang Tae Moo – the owner of a food business – tries to research and bring kimchi and rice cakes to the world. Scenes of young people eager to go to concerts, watch fireworks on the Han River in Seoul… are also portrayed realistically. However, the film was criticized unreasonably when Tae Moo took a long time to realize that Ha Ri and Geum Hui were the same person, despite many face-to-face encounters. In addition, some viewers also objected to the fact that Ha Ri did not support Tae Moo’s grandfather when they met in the toilet for fear of revealing the skin, causing him to get injured.

The series currently airs all eight episodes out of a total of 12 episodes. In the latest development, Shin Ha Ri overcame prejudice about situational differences and accepted to become Kang Tae Moo’s lover. MK . page commented: “You know for sure they will confirm their love with a kiss. The movie goes smoothly, without many conflicting elements and the process of resolving them. But we still want to watch.”