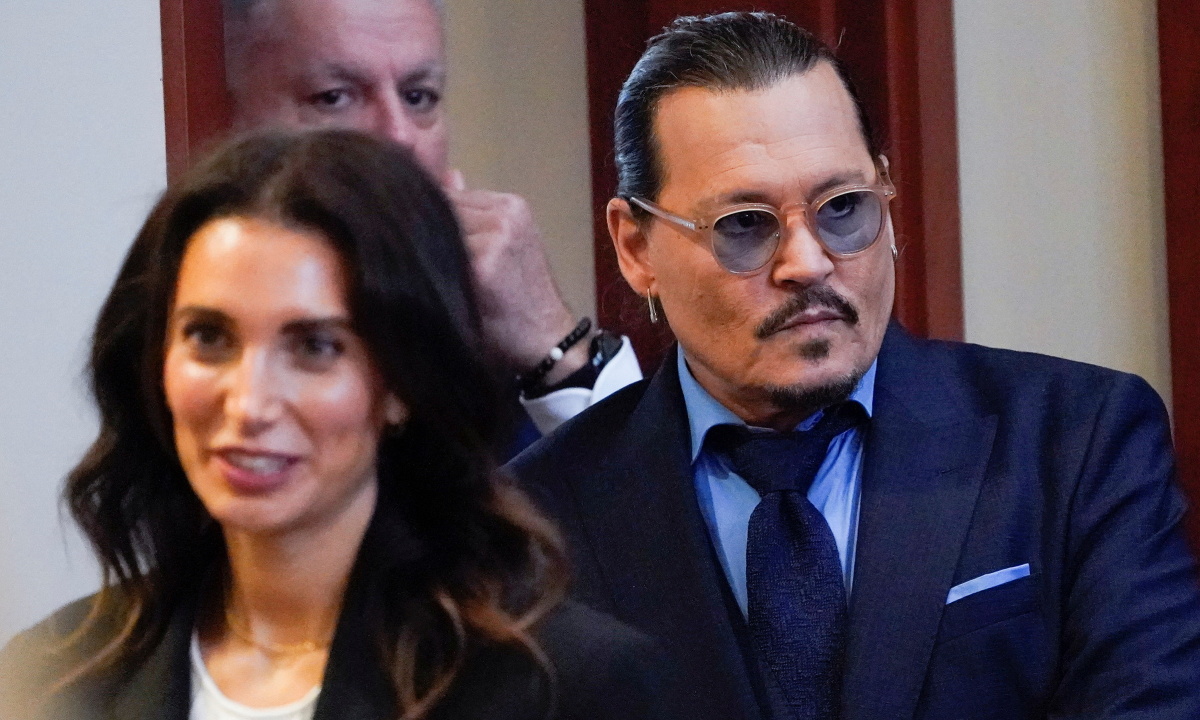 Two years before winning the case against Amber Heard, Johnny Depp was found by a UK judge to be a “wife beater”.

After winning the lawsuit in Fairfax (USA) on June 1, Johnny Depp wrote on his personal page: “The jury gave me back my life. I’m really grateful.” In November 2020, Johnny Depp’s reputation slipped after losing in court in London (UK). The actor sued the newspaper The Sun libel for calling him a wife beater in their posts. Judge Justice Nicol said the British newspaper’s information was “basically true”. The actor then said that Warner Bros. Request to stop filming series of blockbusters Fantastic Beasts.

Many legal experts at the time considered the defeat a fatal blow to Depp’s desire to reclaim his honor. They point out that it is substantially harder to win a defamation trial in the US, where many laws support free speech, than in the UK. At that time, Elaine Charlson Bredehoft – Amber Heard’s lawyer – was confident that his client would continue to win in the US. “Soon, we will be releasing more and more complete evidence in the Fairfax litigation,” she told the court. Guardian. However, the female lawyer did not expect that Heard’s evidence did not convince the judge and jury.

Follow Guardianlegal experts commented on the fundamental difference between the courts in the UK and the US who made the final decision.. In London, the judge is the one who hears and issues the sentence. Meanwhile, in the US, Johnny Depp and Amber Heard confront each other in front of the jury, the judge and the world – through free TV shows and livestreams.

Legal scholars in the US call Depp’s tactic Darvo, when the alleged abuser repeatedly denies, counterattacks the accuser and flips the two sides. Mark Stephens, a law expert, said: “Because the US trial has a jury, Depp’s lawyers were able to focus on bringing down Heard – a tactic often used in controversies. domestic violence but is banned in the UK by the judge. They deny their clients are evil, deny acts of violence and damage the image of the accuser.”

Stephens also added that Heard’s side made many bad decisions and failed before a more experienced legal team supporting Depp. “Her attorneys have largely had no expertise in defamation cases. They have not been able to respond in every hearing. Heard’s team faced a very strong set of Depp’s side. “, he added.

Jennifer Freyd – a psychologist at Oregon State University – said that the public boycott of Amber Heard greatly influenced the outcome of the lawsuit: “The Darvo tactic will make others feel that the victim somehow deserves to be abused. “What we’re seeing in court in the US is like a Johnny Depp’s domination on social media. It’s like a boycott of Amber Heard.”

A data statistician Twitter, invited by Heard to testify in court, there were an estimated 2.5 million posts on this social network attacking the actress, from April 2020 to January 2021. On TikTok, mock videos of Heard with the hashtag #JusticeforJohnnyDepp attracted more than 15 billion views. Meanwhile, videos defending her with the hashtag #JusticeforAmberHeard have only garnered about 51 million views.

Persephone Bridgman Baker – a lawyer specializing in defamation cases – said Johnny Depp won simply because the judge trusted his evidence more. The judge and jury accepted that the actor’s lawyers used the Darvo tactic. “During the US trial, a lot of evidence was presented to discredit Amber Heard, which the British judge did not take seriously. This direction was probably carefully thought out by Johnny Depp’s side in advance. Meanwhile, the judge in the UK only considered Amber Heard as a witness in the case between him and the newspaper The Sun”.

The lawsuit originated from Amber Heard’s article on Washington Post in 2018, two years after they divorced. In it, Heard called for opposition to sexual violence, seeing himself as a victim of domestic violence. Although she did not directly mention Depp’s name, the actor was boycotted by Hollywood and lost many projects. He sued his ex-wife for $50 million for defamation. Heard countersued, seeking compensation of $ 100 million for the same crime.

In six weeks, jurors heard more than 100 hours of testimony from witnesses. They often offer conflicting views on aspects of the couple’s private life. Amber Heard’s side accused Depp of additional sexual assault. Many witnesses who have worked with two people such as doctors, nurses, neighbors, and security personnel supporting Depp, said they had never seen the actress show signs of abuse. Heard admitted beating her ex-husband but with the aim of self-defense and to protect his sister. Whitney – Heard’s sister – is the only witness who claims to have ever seen Depp beat her sister.