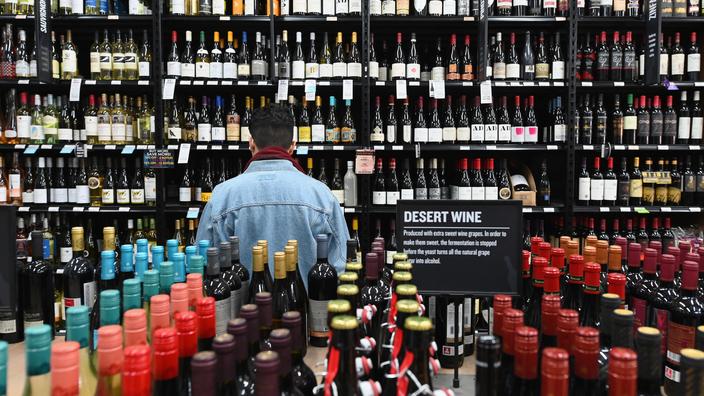 Due to supply problems, bars and restaurants, but also individuals in some states, see their consumption limited.

After microprocessors, spirits: Global supply difficulties due to the coronavirus pandemic are causing targeted shortages of alcoholic beverages in the United States, according to several local authorities. In Pennsylvania, the authorities have since September 17 limited the sale of certain brands to two bottles per person per day, “Due to persistent disruptions in the supply chain and a shortage of products”, said Thursday (September 23) a spokesperson for the management of the State Alcohol Commission.

Read alsoShortage and soaring of materials: one in five sites is likely to stop within three months

This limitation applies to customers of stores selling alcoholic beverages, but also bars and restaurants in states which, like Pennsylvania, have a monopoly on the sale of certain liquor. “We regularly impose (sale of) bottle limits on products for which we know demand exceeds supply in order to distribute the product as fairly as possible”added spokesperson Shawn Kelly, adding that the measure would “Short term”. On the list of 43 products limited to sale, we find brands of bourbon, whiskey, champagne, cognac and tequila.

Shortage of glass and capsules

According to the American media, several states such as Vermont, Ohio, New Jersey or Alabama are experiencing difficulties, some since July, while several studies have shown an increase in alcohol consumption since the beginning. of the pandemic. “This is partly a global supply chain problem”, indicated in a statement at the end of July in a statement the administrator of the Direction of control of alcoholic beverages of Alabama, Mac Gibson. “Some brands and some distributors have trouble finding glass, others will have problems with the bottle caps”, he explained.

U.S. producers were then also facing labor shortages, delivery problems and increased demand for restaurants and bars that were reopening at the same time after the restrictions caused by the pandemic ended. Products imported from Europe also had problems with transatlantic transport and disembarkation at American ports.

“It is not a shortage of alcohol but of brands” which “has not affected sales” in Vermont, however, stressed Thursday to AFP Wendy Knight, deputy head of the Spirits Commission and the State Lottery. “For example, even though we are out of stock of Bacardi (a light rum) we have 21 other rum offers », she assured. The authorities of the small state of New England thus took the opportunity to “Encourage customers to try Vermont spirits or visit a local distillery”.