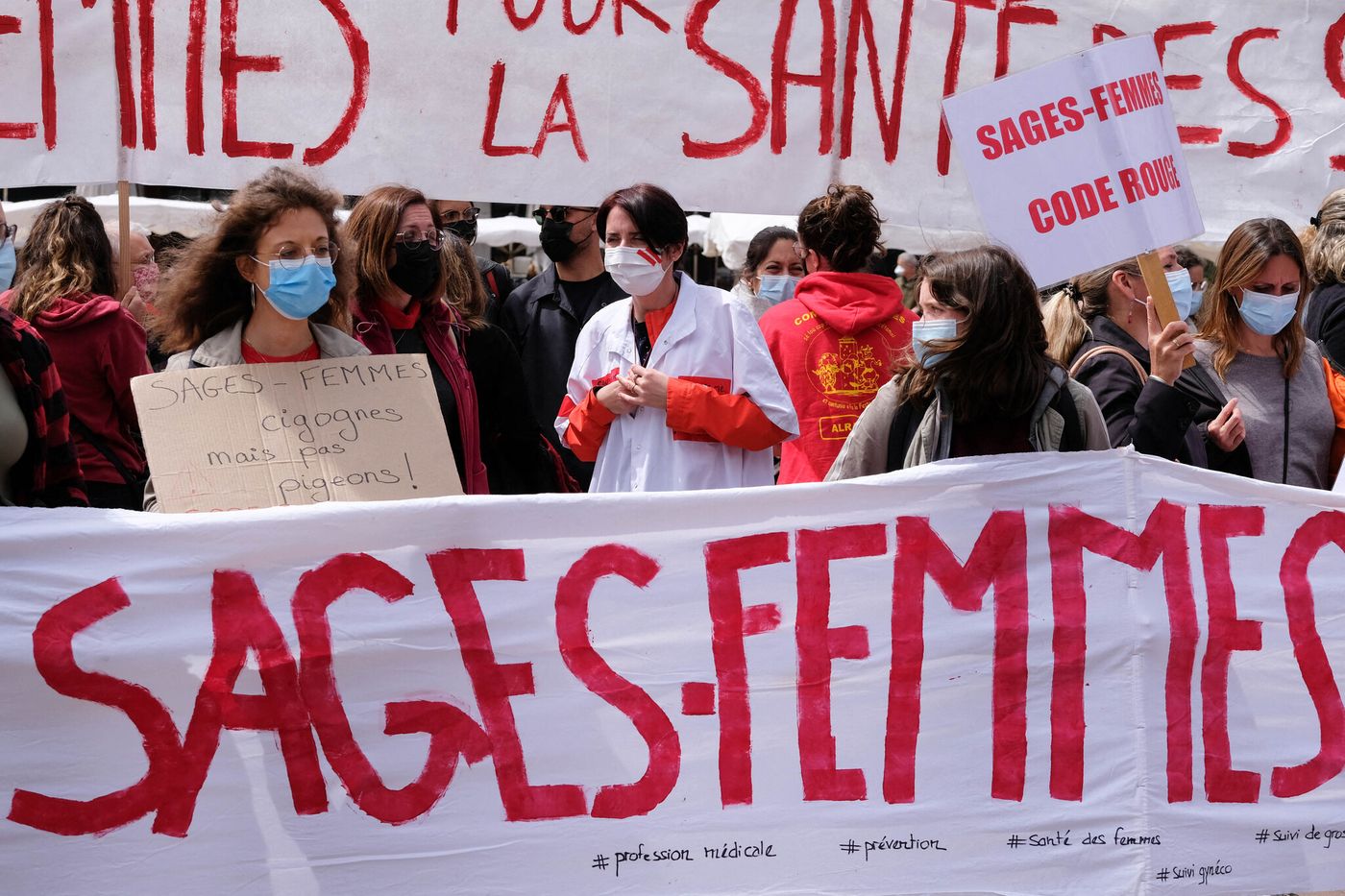 This Thursday, October 7, there will be no midwife at the maternity ward of the Delafontaine hospital in Saint-Denis (Seine-Saint-Denis). They will be in Paris, to demonstrate against their growing difficulties in exercising their profession. For 24 hours, doctors, interns in gynecology and nurses will take over to support future mothers. ” Emergencies will be insured. The last thing we want is for a drama to happen, and that’s exactly why we’re on strike “, explains Stéphanie Métairie.

In eight years of experience in this establishment, she has seen the reception in maternity deteriorate ” in a spectacular way “. “Right now we are between 65 and 70 midwives, when we should be 90.” Results, “Patients followed by us must be transferred on the day of their delivery, including when labor has already started”.

Patients with no follow-up

Due to a lack of staff, ten beds reserved for pathological pregnancies have just been closed, “While this maternity is one of the only level 3 in the department”, that is, suitable for high-risk pregnancies. The so-called activities “Secondary”, they, have stopped: the hospital has not offered ultrasounds for six months and the birth preparation courses, suspended because of the Covid, have never resumed. “We send patients to town, but Seine-Saint-Denis being a medical desert, some find themselves out of follow-up”, deplores Stéphanie Métairie.

If the situation is particularly critical in Île-de-France, the National Council of the Order of Midwives denounces a generalized crisis and ” Ancient ” who “Weakens the safety of women and newborns “. The National College of French Gynecologists and Obstetricians (CNGOF) confirms: “Maternal and perinatal health is directly threatened by this degraded care offer. In addition to the impact on the quality of care, this also has the effect of further altering the attractiveness of hospital activities for midwives ”, he said in a press release.

Attractiveness. It has become the Achilles heel of the profession. In Paris, the maternity ward of the Lariboisière hospital is finding it increasingly difficult to recruit, according to Mickael Fortin, midwife. “Those who leave school no longer want to set foot in the hospital. They prefer to settle in liberal or go to clinics, where they are better paid. ” The not so young are running out of steam. Such as Fanny Roux, twelve years of public hospital behind her and the desire to look elsewhere. “I do not see myself staying if it is to come home every night crying because I did not accompany my patients properly”, confides this mother of three, stationed in Briançon.

The salary increase proposed on September 16 by the Minister of Health, Olivier Véran, will not be enough, according to Stéphanie Métairie. “While the report submitted in July by the General Inspectorate of Social Affairs (Igas) recommends an increase of 200 index points, we only obtained 20 points, or € 80 net per month. At the same time, we continue to expand our skills: the gynecological follow-up, medical abortions, and soon, the management of endometriosis. “ However, their status remains unchanged.Despite medical prerogatives, the profession depends on the index grids of the hospital public service, which limits the prospects for development.

“The salary, the status, of course, these are important things, but we fight first and foremost for the women”, insists Stéphanie Métairie. While the Secretary of State for Children and Families, Adrien Taquet, promised, for 2022, the establishment of a systematic interview around the 5e week after childbirth in order to prevent postpartum depression, the caregiver points out the importance of good support upstream. “The quality of the reception in the emergency room, the help in pain management, the moral support, all of this has an impact on the way in which women experience the birth of their child and their parenthood. “

For Mickael Fortin, it is a social issue. “This questions the place we want to give to perinatal care in France, but also the way in which we consider medicine specific to women. “