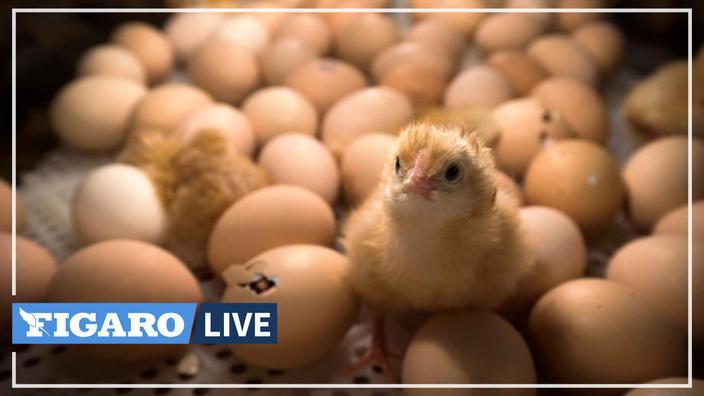 Each year in France, 50 million young males are eliminated at birth. Live castration of piglets will also be prohibited.

This is another victory for defenders of the animal cause. In an interview with Parisian, the Minister of Agriculture Julien Denormandie announces that all hen hatcheries in France must have ordered, if not installed, a machine capable of determining the sex of the chick in the egg, on January 1, 2022. The setting in service will have to be done during the year. This measure thus puts an end to the practice of crushing or gassing males at the time of hatching. The minister also announces the ban on the live castration of piglets on January 1.

The ban on crushing had been discussed for several years, but no date had yet been announced. It’s done : “the Council of State will be asked at the end of the summer of a draft decree», Congratulates Julien Denormandie. This makes France “the first country in the world, along with Germany, to end the crushing and gassing of male chicks“

The Minister of Agriculture justifies this delay by seeking “the most relevant alternative method to use“. Finally, the government opted for spectrophotometry, a technique that allows the sex of the chick to be defined in the shell by identifying the color of the embryos’ feathers. This helps destroy unwanted eggs before birth. A system already used on a small scale but which will be “installed for two thirds of production in France by the end of the first quarter of 2022», He explains.

To help hatcheries acquire the equipment, the State promises to grant 10 million euros in the form of subsidies, up to 40% of the amount of each investment, as well as smoothing throughout the chain, including for the consumer. Julien Denormandie, however, wanted to be reassuring: “the additional cost for the latter is very low since it is estimated at 1 euro cent in addition to the price of a box of six eggs.“

The issue of animal welfare is taking an increasing place in our societies and more and more brands are deciding to take up the issue. Recently it is the Canada Goose company which decided to ban fur from its clothes after years of arrests and demonstrations by associations supporting the animal cause like PETA.