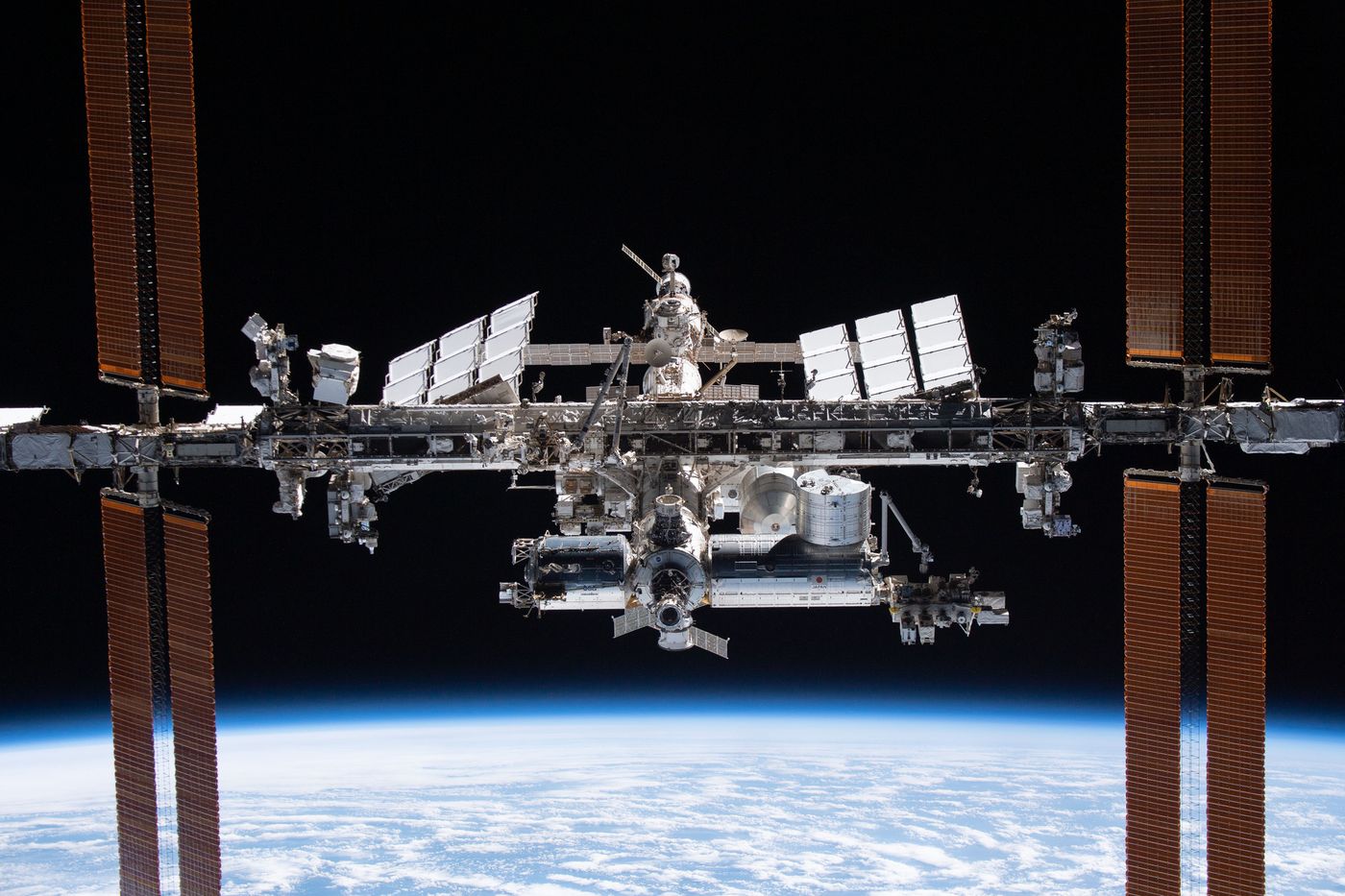 The Westerners “should think about the price of sanctions against Roscosmos”. In a tweet posted on Saturday March 12, the director of the Russian space agency, Dmitry Rogozin, spoke of a possible fall to Earth of the International Space Station (ISS), caused by the sanctions targeting Russia in retaliation for the offensive in Ukraine.

The former minister and now head of Roscosmos has launched since the start of the offensive in provocation against other space agencies. Not hesitating to qualify Westerners as “crazy” and of “dogs of war” , he published a map, supposed to show the areas that the ISS could hit if it were to crash. Russia is presented as being one of the only countries to be spared.

Located at an altitude of 400 kilometers, the ISS is “slowed down” by the atmosphere and this loss of speed leads to a loss of altitude. In order to avoid the crash, the station is therefore regularly reassembled, approximately once a month. For this, engines are turned on which give a boost. Normally, the maneuver is carried out by Russian Progress cargo vessels, but it can also be carried out by Russian Soyuz manned vessels, or even by the service module. The latter is located in the Russian part of the space station, which is divided into two segments: one managed by the Russians, who consider it as a territorial extension of the country, the other under the joint management of NASA and the European, Canadian and Japanese space companies.

In the event of a complete breakdown in space diplomacy, and if the Russian ships took to their heels never to return, several hypotheses are being studied to maintain the orbit of the ISS thanks to thrusts carried out by other vessels: the European ATV freighters, the American Cygnus freighters, or even the American manned ship Crew Dragon.

→ READ. SpaceX is sending astronauts to the ISS

If the Russians were to withdraw from the ISS, which could only happen after negotiations with the other partners, the situation would therefore become complicated for the remaining countries, but not critical. Such a decision would undoubtedly sign, on the other hand, the end of the station, for the moment planned for 2030.

Even before the war in Ukraine, Russia had repeatedly signaled its lack of interest in the ISS. Moscow is said to be in discussion with China, which has planned to launch its own station, access to the ISS being forbidden to it by the Americans. On the side of the latter, we procrastinate. “Right now, there is no indication that our Russian partners want to do things differently. So we plan to continue operations as we do today.”soberly declared the director of the NASA program.

One thing is certain: Dmitri Rogozin’s positions, through his tweets, contrast with the usual political neutrality that prevails in space. Normally, the various members of the ISS crew – there are currently four Americans, two Russians and a German – work in cooperation, away from diplomatic disputes.

But on March 3, the Russian space agency had already announced that the two cosmonauts Anton Shkaplerov and Pyotr Dubrov could no longer work with the German Matthias Maurer on their joint scientific mission. Retaliation for the termination of German-Russian cooperation on the eRosita space telescope, decided by Germany.

Regarding the return to Earth scheduled for the end of March of the American astronaut Mark Vande Hei aboard a Soyuz spacecraft, the program is for the moment maintained. “Our Russian colleagues have confirmed that they are ready to bring back the full crew”, NASA said. If the Americans now have Crew Dragon vessels to provide taxi service with the ISS, the European situation is more complicated. European astronauts depend on American taxis or Russian Soyuz. Enough to relaunch the debate on the construction of a European vessel, a debate that has been stirring the European space agency internally for several months.