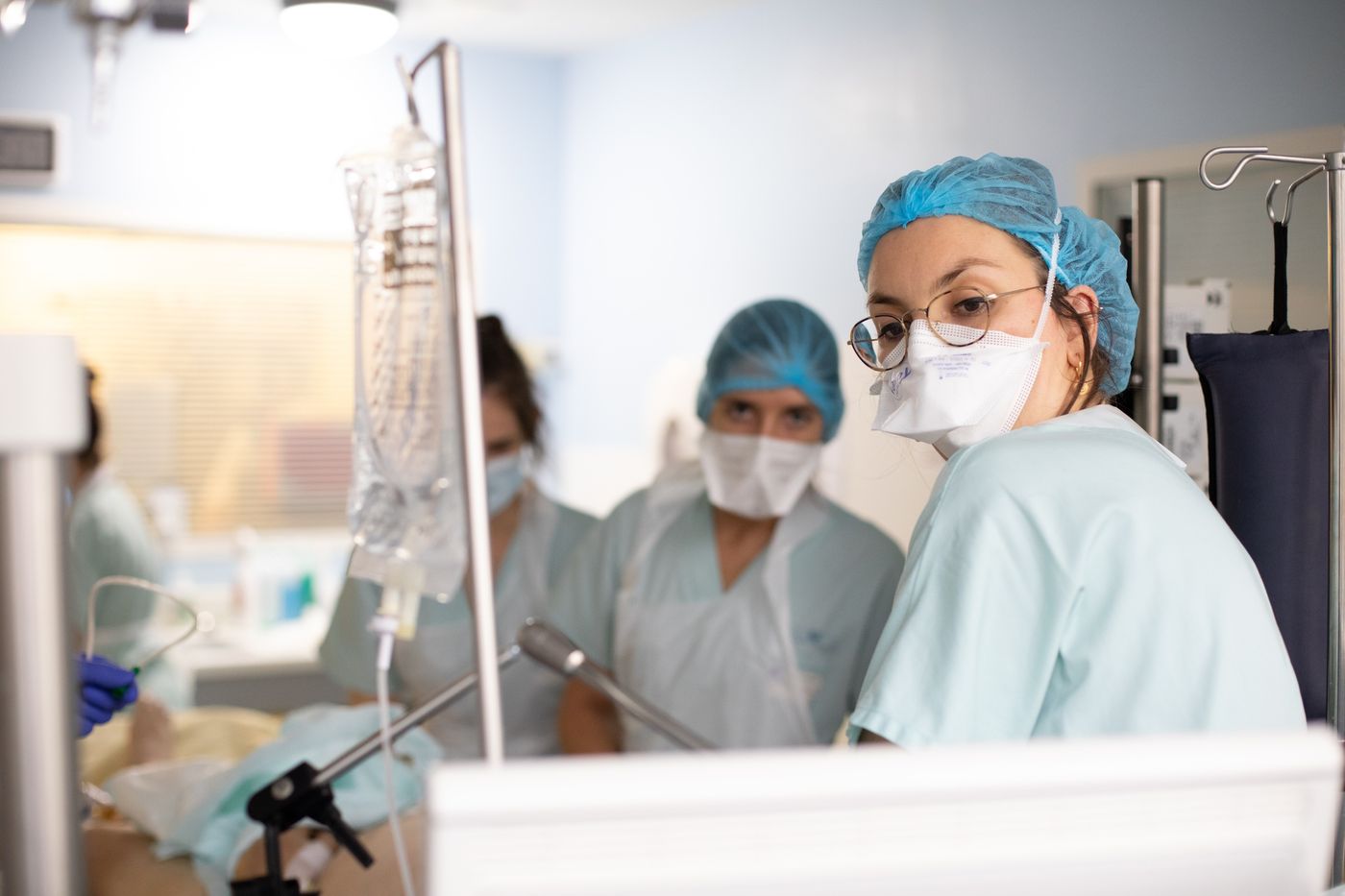 His thesis defense, Baptiste Beaulieu, general practitioner in Toulouse – and writer (1) -, remembers it well. It was in 2013. “At the end of the presentation, when the jury inducted me as a doctor, for good, and I had to take the Hippocratic Oath, I remember my emotion, the peak of stress, at the moment of recite it. This text, we pronounce it in front of his peers, his jury, his family, his friends, the people who are dear to you. Our peers have said it before us. Others will recite it after us. It is like a rite, which gives a solemn and almost spiritual side at the end of your course. It’s not nothing. “

A tradition, a rite of passage

Mandatory passage for (almost all) the new doctors, the Hippocratic oath is a tradition dating back… 2,500 years, which takes its name from the Greek doctor considered to be the father of medicine. On his honor, and at the time (the IVe century before Jesus-Christ) before the gods, the new doctor undertook to respect – through nine articles and as many commitments – certain rules of professional ethics.

“I swear by Apollo the doctor, by Asclepius, by Hygieia and Panacea, by all the gods and by all the goddesses, and I take them to witness, that I will carry out completely, according to my strength and according to my judgment, this oath and this written commitment… ” Thus begins the original writing. Two centuries later, the Greek gods were evacuated! But not the spirit of the statement.

→ READ. For future caregivers, ethics is no longer an option

“When I am admitted to practice medicine, I promise and I swear to be faithful to the laws of honor and probity” now announces the latest version of the oath, modified in 2012 by the National Order of Physicians. If the formulation has changed, over the centuries and the evolutions of medicine and society, what value does it retain?

“It remains an important document. At least I dare to hope so, notes Grégoire Moutel, professor of medicine and director of the Normandy ethical reflection space. I use it, in the first year, to teach students the values ​​of care. ” What does this text say? That the doctor agrees to “To restore, preserve or promote health in all its elements, physical and mental, individual and social”. That he is required to intervene to “Protect people if they are weakened, vulnerable or threatened with their integrity or dignity”. That access to care must be universal, “Without discrimination”. That the doctor must not be influenced “By the lure of profit”. Extensive program.

Interns in medicine, a youth on the edge

“The first time as a student, I read the text, I realized what it meant to be a doctor, tells Fantine, intern in geriatrics (2). This oath is… binding. Empowering. “ Baptiste Beaulieu will not contradict her. “It is an oath that takes you as a doctor, in the eyes of your patients, your colleagues. Which protects you as much as it obliges you.It is also an ethical compass ”, he notes.

“You will, of course, find colleagues who will tell you that I idealize the oath”, however jokes Baptiste Beaulieu. ” I confirm : for some, it is just an outdated tradition ”, smiles Fantine, who keeps in mind the lively discussions with colleagues on the subject. ” That’s nice. But a little … folkloric. It’s pageantry, cingle Luc (2), gynecologist. The main principles it sets out appear in a much more complete and modern way in the guide to medical ethics, the public health code. For me, the compass is these texts. “

In fact, for some doctors, the oath appears “Disconnected from current medical practice, from its technicality”.“It is true that sometimes, in the field, faced with ethical dilemmas, its main principles are not enough and you have to go elsewhere », Admits Fantine. “This is the very principle of ethics: giving moral leads to help discern, without giving a ready-made answer, answers Grégoire Moutel. The Hippocratic Oath is like the Civil Code: it’s long term, it evolves. “

Guidelines and not instructions for use

In its original content, the oath thus prohibited the administration of any “Abortion pessary” to a woman or to perform any operation for kidney stones. The most recent versions, for their part, have integrated the notion of patient and patient autonomy. “Informed consent”. “I will inform patients of the decisions being considered, their reasons and their consequences. I will never deceive their confidence and will not exploit the power inherited from the circumstances to force the conscience “, specifies the 2012 statement.

→ DEBATE Doctor, when can I use the conscience clause?

The fact remains that the document has “No legal value”, recalls Grégoire Moutel, who emphasizes, at the same time, that the oath taken by new doctors will not necessarily be the same from one university to another. There is not “one” alone, but oaths.

“You see, it is not even universal, this writing, insists Édouard, radiologist (2). What remains of Hippocrates in this oath, if his ethics are evolving? “ the “Symbol, believes Baptiste Beaulieu. It is important, the symbols. And personally, when I have doubts about my practice, the oath helps me from time to time. ” Despite the evolution of customs and techniques, the founding text offers a “Permanence of values, which means that it is not overused”, adds Grégoire Moutel. “May men and my colleagues grant me their esteem if I am faithful to my promises; that I am dishonored and despised if I fail ”, proclaims the end of the Hippocratic Oath.

What is the Hippocratic Oath used for today?

♦ An informative survey, produced in 2018, on the weight of this text today, by Laurence and Richard Pougnet. On www.cairn.info

Hippocrates. Two seasons to auscultate the malaise of the public hospital, despite the involvement of doctors. In video on demand on Canal +. By Thomas Lilti