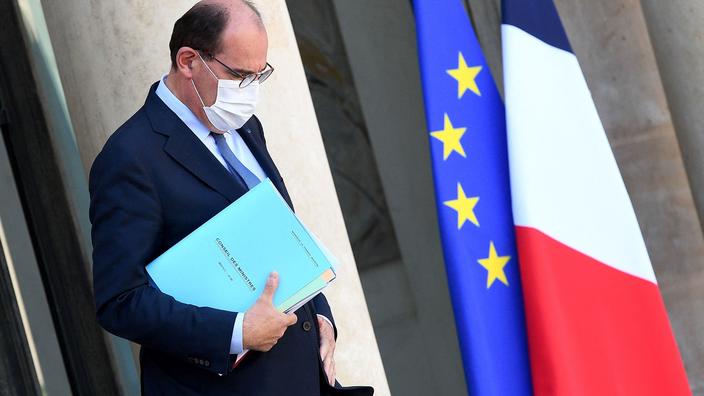 a “Relaunch train” will crisscross France from September 6 to October 2, announced Matignon on Sunday September 5, to promote the details of the 100 billion euro public aid plan launched a year ago in order to avoid the suffocation of the economy after the health crisis.

By the end of August, some 47 billion euros had been “engaged“On concrete projects within the framework of the plan”France relaunches“. The government’s objective is to affect “70 billion euros” from here “the end of the year», Indicated the cabinet of Prime Minister Jean Castex. The “train-expo” in charge of “enable the French to seize the opportunities offered by France relaunch», In particular the professional integration devices for young people, will leave Monday from the Gare de l’Est in Paris in the direction of the north.

It will be in Rennes on September 13th and 14th, at Le Mans on September 15th and 16th, in Limoges on 20th and 21st, Toulouse on 22nd and 23rd, or even Saint-Etienne on 27th and 28th. Special devices with TV sets will be adapted for Corsica and the overseas territories. Of the total plan, 40% funded by the European Union, 35 billion euros directly benefit industry, recalls a report released by Matignon.

The “deconcentration” of aid

At the end of August, 2.9 billion euros have enabled “by leverage effect, productive investments amounting to 11.7 billionIn the industry, said a Bercy adviser. On the community side, 11,600 projects received funding, including 2,000 school renovations, 1,300 kilometers of cycle paths, 70 local medical centers, or renovations of public buildings. The plan made it possible to absorb losses in revenue from public transport systems, such as in Limoges or Châteauroux.

In great demand, the system for the fight against urban wasteland has selected 500 projects, or 1,365 hectares of wasteland that will be rehabilitated and cleaned up, the equivalent of 2,500 football fields. An extension has been announced. The devices intended for individuals have drained 475,000 for MaPrimeRenov (thermal renovation of buildings) since the beginning of the year against 192,000 for the year 2020, and 420,000 for the ecological bonus or the automobile conversion bonus. In terms of social cohesion, 2.6 million young people have benefited from aid for employment, integration or training.

Criticized on this subject, Matignon emphasizes the “deconcentration»Help. The selection of successful projects was made via local steering committees, chaired by the prefects. Matignon also confirms that the investment plan announced by Emmanuel Macron on July 12 to support the relaunch in industrial sectors with high added value, would be presented “in the next weeks“.