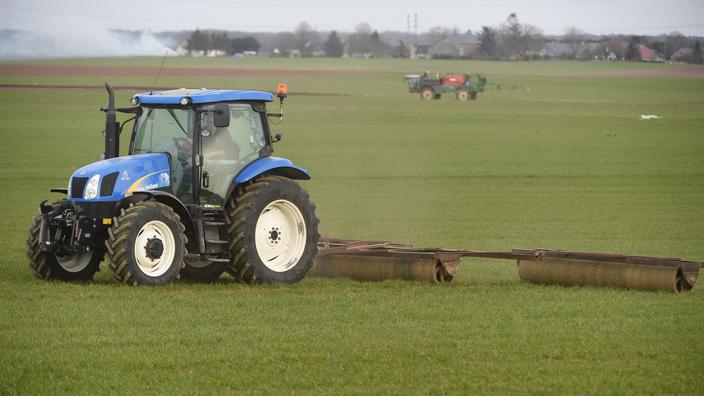 The government presents this Tuesday a “road map”, increasing the envelope dedicated to agricultural malaise from 30 to 42 million euros per year.

Increased funding for the replacement of exhausted professionals, training of “sentinels” responsible for detecting discomfort … The government launches on Tuesday a “Collective mobilization” to stop the suicides of farmers.

The finding is statistically established: farmers commit suicide more than the rest of the population. “The finding is dramatic, there is an excess mortality by suicide on farms. This constant forces us to take much stronger measures to prevent and support these situations ”, observed the Minister of Agriculture and Food Julien Denormandie this Tuesday on Sud Radio.

The government announced almost a year ago that it would present a “Operational action plan”, following the submission of a report by majority deputy Olivier Damaisin calling for improved support for operators in distress. A report was also published in March 2021 by Senators Henri Cabanel (RDSE group) and Françoise Férat (Centrist Union), who felt that public policies were not up to the task of preventing suicides in the agricultural world.

A “roadmap” government is detailed this Tuesday, at the Ministry of Agriculture, by the ministers of Health, Olivier Véran, and of Agriculture, Julien Denormandie, as well as by the Secretary of State for Pensions and Occupational Health, Laurent Pietraszewski. From “Stakeholders” present will appear “Volunteers committed on a daily basis to farmers” and director Édouard Bergeon.

His film In the name of the earth, on the depression of a breeder caught in the spiral of over-indebtedness, had met with great success in theaters at the end of 2019 and put this subject on the front of the stage. “It is important to lift the taboos on the issue of ill-being and to talk about it within society”, said Minister Julien Denormandie in an interview with the newspaper The cross published Monday evening. “We built a response based on feedback from the field. (…) It is the fruit of a very broad consultation ”, his cabinet told the press.

An envelope of 42 million per year

Among the measures that will be taken, the “Creation of steering committees in each department”, in the course of 2022, in order to better coordinate prevention locally. These committees will bring together “A very large panel of players” (representatives of the State, the agricultural world, health professionals, banks). The executive also intends to structure and form networks of “Sentries”, volunteers revolving around farmers “Able to detect distress situations”.

It also plans to financially strengthen mechanisms to relieve farmers, in particular“Respite assistance” (which finances the replacement up to 10 days of operators in a situation of professional exhaustion) and the replacement tax credit. In total, the envelope dedicated to agricultural malaise will increase from 30 to 42 million euros per year. That is “a 40% increase in all existing financial arrangements for operators in distress», Welcomed Julien Denormandie on Sud Radio.

According to the most recent data from the agricultural social security (MSA), 529 suicides were counted in 2016 among the 1.6 million insured under the agricultural system aged at least 15 years (beneficiaries of farmers and agricultural employees included). Among MSA policyholders aged 15 to 64, the risk of suicide was 43.2% higher than those insured by all social security schemes. Beyond 65 years, the risk of suicide was twice as high compared to the population of this age group.