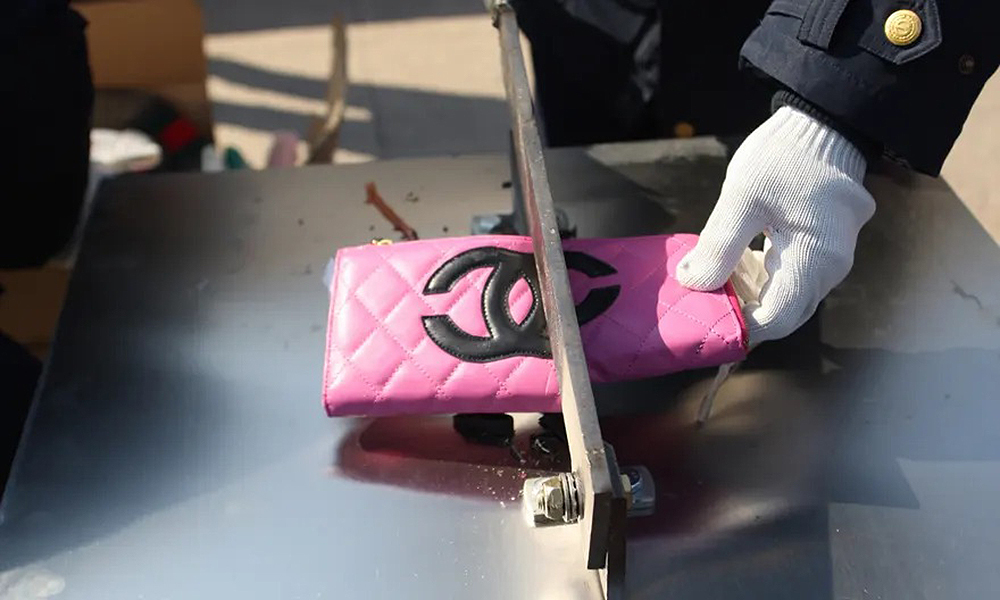 Millions of fake fashion products are exposed every year in different countries, but the problem is still increasing.

According to Guardian, the trade in counterfeit fashion items generates $600 billion a year, and up to 10% of the total brand name marketed is fake. 80% of customers have encountered this product or fake. Although sales of luxury goods have skyrocketed over the past decades, counterfeit goods growing even faster at 10,000% in two decades.

For many years, France has been one of the countries actively fighting this problem. The Musée de la Contrefaçon is considered one of the government’s efforts to raise public awareness. Located in the 16th arrondissement of Paris, founded in 1951 by the Union des Fabricants, the Musée de la Contrefaçon has six showrooms with over 350 items including clothing, perfumes, watches, bags, cosmetics, tools, and gadgets. personal hygiene… In which, each original is flanked by a fake or imitation version of itself.

Every year, the Musée de la Contrefaçon cooperates with French customs and organizations to seize illegal goods and bring them to display, to help people detect poor quality products. While visiting the museum, Alice Sherwood’s pen Guardian said fake goods are now made to the point of being unrecognizable without expert advice.

“I looked at a famous quilted Chanel 2.55 bag, but the tour guide told me it was a fake Turkish-made bag. The original has regular and solid stitching, the fake is glued on. There was also a bag that looked like a Louis Vuitton design. Upon closer inspection, I noticed that the characters had been cleverly changed to Korean hieroglyphs, mimicking the monogram motif. by the French fashion house. Not a single element of the design matches the original, but the overall effect is very Vuitton,” said Alice.

Not only through the museum, Europe also tries to detect and handle illegal goods every year. Bjorn Gorgewagers, regional director of anti-counterfeiting organization React, said the company handles about 25 million cases a year in 107 countries and regions. Of which, there are about 20,000 cases fake Adidas, Converse, Nike, Puma, Levi’s, Tommy Hilfiger, L’Oréal, Unilever…

According to Guardian, about 180 million containers are shipped around the world each year, 15 million of which pass through Rotterdam. The residents and Bjorn’s colleagues had to find the suspected boxes of counterfeit goods and ask the customs to take the goods out for inspection. According to him, most of the products come from Asia, mainly China. Despite advances in technology, including heat-activated tamper-proof seals, security numbers, and RFID (radio-frequency identification) tags, counterfeits cannot be detected and continue to increase. .

In Vietnam, the handling of counterfeit goods is done regularly every year. In April, the market management force coordinated with the Thanh Hoa Provincial Police discovered five warehouses in Bim Son town, containing 12,000 counterfeit products of many famous brands such as Chanel, Gucci, Kenzo… Last year , the largest warehouse of counterfeit Hermès, Chanel, and Louis Vuitton goods in the North was dismantled in Nam Dinh. According to the General Department of Market Management and Nam Dinh province police, about 20,000-30,000 infringing products are stored in warehouses. The functional force had to use 10 3.5-ton trucks to move all the goods worth 6 billion VND.

Counterfeit goods are difficult to prevent not only because of the seller’s greed for profit, but also because of the need to use branded goods of those with low collection. According to Bjorn Gorgewagers, the virtual lifestyle negatively affects the shopping behavior of many people, thereby abetting this problem. Above Korea TimesYoo Hyun Jung – a professor of consumer science at Chungbuk National University – said that today’s young generation likes to post flashy and flashy images, showing their wealth on social networks. Those who do not have the conditions are willing to wear fake clothes to keep up with the trend of the rich.

Bjorn said to Guardian: “When the buyer is complicit with the seller, it is difficult to stop the fake. The designers aim to make the beautiful product with a good dream. You should buy it for the quality, with self-respect. mine”.