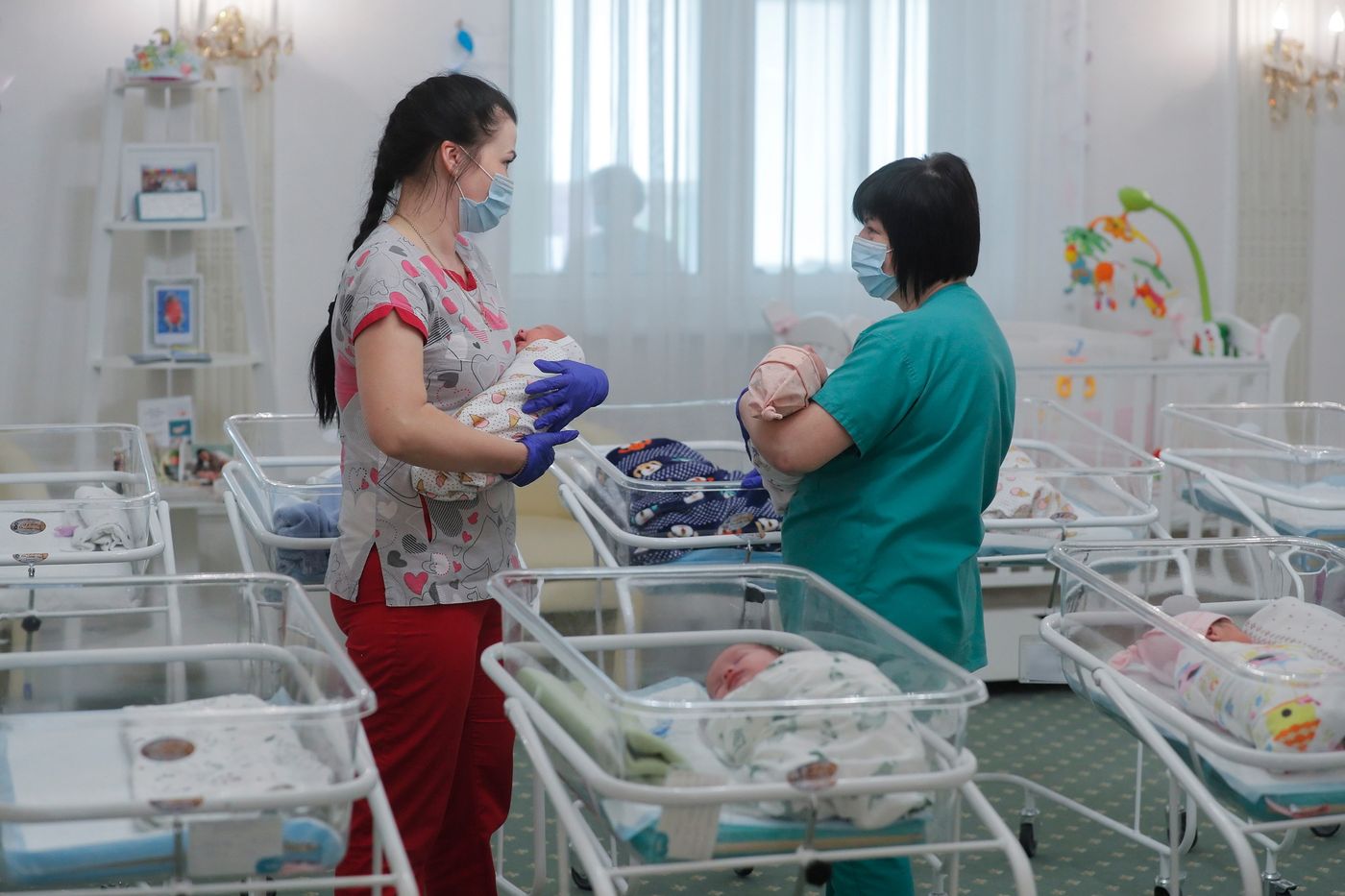 While we are witnessing in France the tragedy of Ukrainian surrogate mothers brought to our territory to give birth and deliver the agreed-upon child against payment, the European Parliament reiterated on May 5 its condemnation of surrogacy (GPA), which it assimilated to “trafficking in human beings for the purpose of sexual exploitation and other purposes” in its resolution of May 5, 2022. The condemnation is strong and clear: “Sexual exploitation for the purposes of surrogacy and reproduction is unacceptable and constitutes a violation of human dignity and human rights. »

→ INVESTIGATION. “A scheme”: from Ukraine to France, the surrogacy law circumvented

A country of human rights, France nevertheless complacently closes its eyes to these violations initiated yesterday and now carried out on its territory. For several years, it has allowed surrogacy agencies to offer their services in France with complete impunity.

Since September 2020, the annual Parisian salon Désir d’enfant allows large-scale marketing; French websites offering the marketing of women’s bodies are thriving. Thanks to this aggressive marketing, Ukraine captures more than a quarter of the global surrogacy market.

In its resolution of 5 May, the European Parliament “calls on Member States and the European Union to quickly identify and prosecute human trafficking networks that profit from the sexual exploitation of refugee women and girls”, which has been the case in Ukraine for several years, in particular because of population displacements linked to the Donbass conflict and the annexation of Crimea. But France chooses to turn a blind eye and does not take any action against intermediaries operating on French soil and who are an integral part of these human trafficking networks.

The most recent episode of these unpunished violations is currently taking place peacefully in our territory. The incitement to abandon a child and the handing over of this child against payment now takes place in French delivery rooms, as articles in the press have shown. And, assured of all impunity, intermediaries – in this case French lawyers – brag about their exploits in the press, adorning themselves with a humanitarian cache-sex.

Without any shame, and denying the sexual exploitation of women forced to sell their bodies – who to treat a child, who to have a roof over his head, who to pay off the debts of a deceased relative -, these lawyers and their clients claim to act out of humanity, without the will to transgress the law! Will French justice prosecute them?

This is the second time that the European Parliament has condemned surrogacy. The resolution of May 5, 2022 does not suffer from any ambiguity either on the qualification of this practice or on the obligation to fight against it: “The European Parliament condemns the practice of surrogacy, which can expose women around the world to exploitation, especially those who are poorer and find themselves in situations of vulnerability, such as in the context of war” ; he “stresses the serious repercussions that surrogacy has for women, for their rights and for their health, on the negative consequences for equality between women and men (…); Calls on the EU and its Member States to study the dimensions of this industry, the socio-economic context and the situation of pregnant women, as well as the consequences for their physical and mental health and for the well-being of babies ; calls for the implementation of binding measures to combat surrogacy and to protect the rights of women and newborns alike. »

France must draw the consequences of this resolution: the French clients and intermediaries who have worked towards the realization of this new form of trafficking in human beings must be sanctioned by the terms of imprisonment and the fines provided for in article 227-12 of the Penal Code for incitement to child abandonment and mediation with a view to incitement to child abandonment.