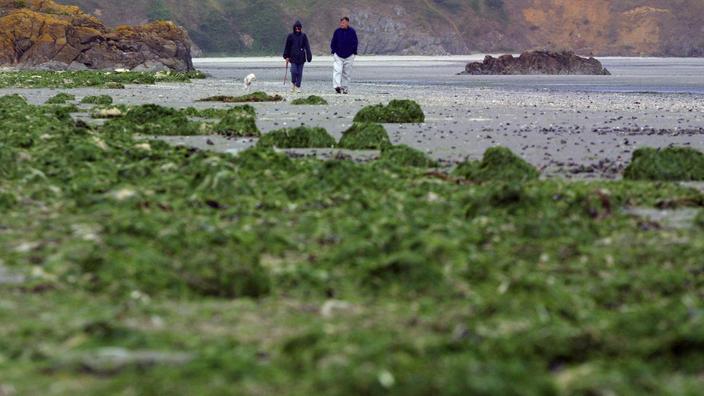 In a report published this Friday, the Court deplores the “limited” impact of plans to combat the proliferation of these highly polluting algae.

For nearly fifty years, green algae have invaded the Breton coasts until reaching Normandy and Charente-Maritime. A scourge that destroys ecosystems, makes beaches infrequent and even poses a fatal risk due to toxic fumes. Under pressure from associations and local residents, the public authorities took up the issue in 2010 through two action plans. Without much success.

In a report, the Court of Auditors draws up a severe assessment of these initiatives led by the State, local communities and the water agency. Between 2007 and 2020, stranding of green algae only slightly decreased on sandy sites and increased in mudflats.

However, the origin of the evil is known: the rejection of nitrates in the water, in particular phosphorus and nitrogen, by local farmers. “Scientific work shows that only an action on nitrogen […] can help limit this phenomenon ”, warns the Court of Auditors. But since 2015, the amount of nitrogen applied has stagnated. Contrary to what the policies to fight against green algae advocated, farms have not turned to organic farming, which pollutes less.

In question, according to the Court of Auditors, insufficient financial incentives to help farmers switch to a production model “Low nitrate leakage”. “The overall amount of action plans, estimated at € 109 million from 2011 to 2019, remains very modest compared to aid from the 1st pillar of the common agricultural policy (CAP) in Brittany (between € 435 and 614 million per year on last six years)“, Recalls the report which considers this envelope” derisory “as well as the means of control of the operators. Since 2010, the number of inspections in green algae watersheds has fallen by 73%, linked to a drop in the number of inspectors (-24%).

The Court and the Regional Chamber of Accounts of Brittany thus offer their own levers of action. The report insists on the need to set specific targets and “evaluable»Emission of nitrates in the next control plans, which was not the case during the past decade. And, above all, of “enforce regulations by increasing controls»Among farmers and throughout the local agrifood industry.