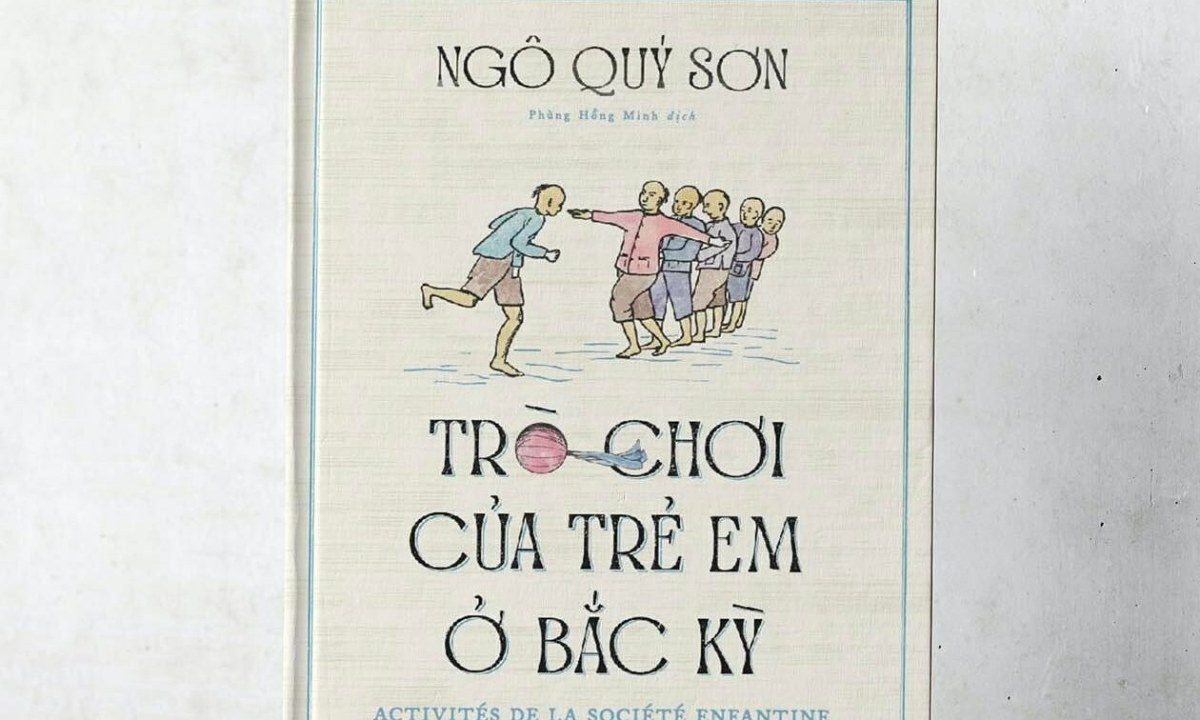 Folk games such as nun nun, dung dung dung are described in detail in the book “Children’s games in Tonkin”.

In the early years of the 20th century, Ngo Quy Son compiled books in French on Proceedings of the Institute for the Study of Indochinese people. The documents were collected by him in 1940 and 1941 in several villages in the North. He directly observed many games in Ha Dong (old), Bac Ninh and Son Tay (old) provinces. Information about the game in other localities was provided by people there, but temporarily residing in Hanoi.

The book talks about popular games in the North, including how to play, where to organize, and who participates. The author gives a system of 11 types of games related to the body, using sticks, using pebbles, playing chess, playing kites, folk songs…

Nearly 100 games are described in detail such as dragon and snake, O Quan, Dung Dang Dung, Ho Drill, and Flying Kites. With the game of nun nun, he captioned: “Boys and girls. Play together or separately. All year round. Popular”.

He notes different versions with place names. For example, the original version of the game Nu na nun was recorded by Ngo Quy Son: “Nu na nun / The drain is horizontal / The bee is outside / The potato is dipped in honey / The Buddha sits crying / The toad jumps out / The chicken ooh/ The midwife blows sticky rice/ My house cooks tea/ Tea he shrugs off”.

With the Bac Ninh version (the rules of the game have changed), he recorded: “Nu na nun / Cong Cong Cai Cac / Golden feet with silver feet / Kicking the elephant’s head / Kicking the feet will shrink”. Ha Dong’s version is “Nu na nun / The culvert is shallow / The rock on both sides / The rock up and down / Kick the pigeon field / Kick the elephant’s head / Kick the stone shovel / Kick half a fig branch / Kick to the main road / Meet a girl in the middle of the street / Meet a ward of drums / If you have legs, you will withdraw”.

With detailed descriptions and illustrations, the book brings readers to the entertainment world of children, approaching the customs and living traditions of the ancient Vietnamese in a natural and close way.

During the book launch event on November 18, Associate Professor, Doctor, ethnologist Bui Xuan Dinh, Doctor Mai Anh Tuan and Master Nguyen Giang Linh said that the book is an original and reliable source of information. reliable with high accuracy, the author does not give a subjective opinion.

Personal information about Ngo Quy Son is little, almost none. According to industry insiders, he and the late Professor, Dr. Nguyen Van Huyen were the first people to be influenced by French ethnography. He values ​​material, especially field material – respecting the subject’s answer, not suggesting or imposing.

According to the speakers, the book recreated the beauty of Vietnamese society and people in the early 20th century. At that time, economic conditions were still difficult and lacking. The spirit of determination to win, solidarity and tolerance of the nation is gradually formed through customs.

Ethnologist Bui Xuan Dinh said that Children’s games in Tonkin is a reminder to people of the value of history. Although traditional games are gradually lost, books help young people remember the origin and cultural identity of the nation.

At the same time, the work is valuable for educational science nowadays. Thanks to folk games, children form their personality and explore the world around them, thereby developing physically, intellectually and emotionally. For adults, books will evoke subconscious and childhood memories.