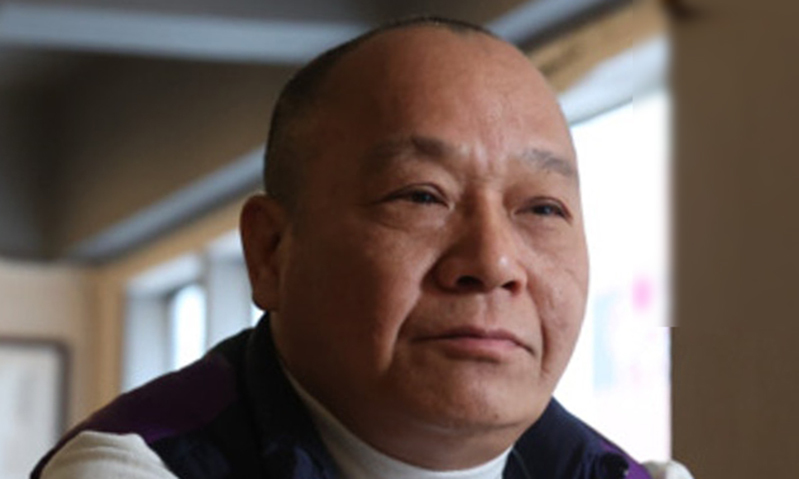 Ngo Chi Hung – star “People in the Gypsy” – left the gangster organization because he wanted to be at peace with his wife.

Above HK01 On March 27, the 69-year-old actor talked about his past in prison and a 41-year love story with his wife – Thai Uyen Mi. Growing up in a poor family, unable to go to school, Ngo Chi Hung associated with gangs of thugs since childhood. In the 1970s, introduced by friends, Chi Hung worked as a martial arts master of dragon tiger – a stuntman specializing in reckless and life-threatening scenes in action movies. Outside of work hours, Ngo Chi Hung hangs out at nightclubs. After a fight with another faction, Ngo Chi Hung joined a gangster gang, a member of the notorious Hong Kong Hoa Hoa Tu organization for a while.

In the 1980s, Ngo Chi Hung was in charge of managing nightclubs, bars, gambling venues, buying and selling sex… to bring money to the organization. He was arrested twice, serving several months in prison each time.

Released from prison for the second time in 1981, Ngo Chi Hung knew Thai Uyen Mi – then a waitress at a tea shop. Seeing the beautiful girl, he came every day to drink tea to get acquainted and chat. They got married in 1981.

At that time, both at home and out, Ngo Chi Hung carried two knives in his body. After getting married, he continued to work for a gangster organization and Thai Uyen Mi gave birth to three children, a girl and three boys. She once said to her husband: “What is your destiny, you and I know how to live.”

In the 1990s, Ngo Chi Hung abandoned the organization, determined to start over so that he would not have to live in danger. He returned his salary because he was afraid that his children would imitate him. Thanks to many connections, Ngo Chi Hung plays small roles in ATV, TVB movies and many movies. The actor also invests in film production. In 1999, Ngo Chi Hung made a loss and was in danger of losing everything. He went to the casino in the hope of making money to save the company. But Ngo Chi Hung lost miserably, owed more than 10 million HKD (1.5 million USD).

The actor said his wife sold his house and jewelry to pay his debt, but it was not enough. The whole family lived in a rented house, once struggling because there was no HKD 3,000 to pay for the room. Too poor, one day in the middle of the third night, the couple went to a friend’s house to borrow money, but this person had a cold attitude. Ngo Chi Hung said: “I feel sorry for my wife. But too poor, there is no other way”. The actor said that during the tragedy, Co Thien Lac once lent him money unconditionally. When there was money to pay the debt, Co Thien Lac refused to accept it, so that he could manage the business.

Up to now, at the age of nearly 70, Ngo Chi Hung is happy because of his decision to give up his life as a gypsy. The actor is grateful to his wife on the inside under any circumstances. When participating in events, Ngo Chi Hung often reminds teenagers that times have changed, not to imitate him. The actor said: “Nowadays you can’t make a living with your fists, absolutely don’t be like me back in the day”.

In his film career, Ngo Chi Hung acted in more than 80 films, leaving his mark with the image of a big brother in the series People in Gypsy (in collaboration with Trinh Y Kien, Tran Tieu Xuan, Le Tu). The prototype of the main character Tran Hao Nam (played by Trinh Y Kien) is Ngo Chi Hung. The actor also appeared in famous films such as A series of charming days (starring with Tran Tieu Xuan, Luong Vinh Ky), King of Fraud 1999 (starring with Andy Lau, Chu Nhan), Windy Prison (in cooperation with Chau Nhuan Phat, Luong Gia Huy), Stealing the life of the gold, the gold of the empire, the pouring into the wind 3… In recent years, Ngo Chi Hung plays The Gang of Change, The Expectation of Heaven…