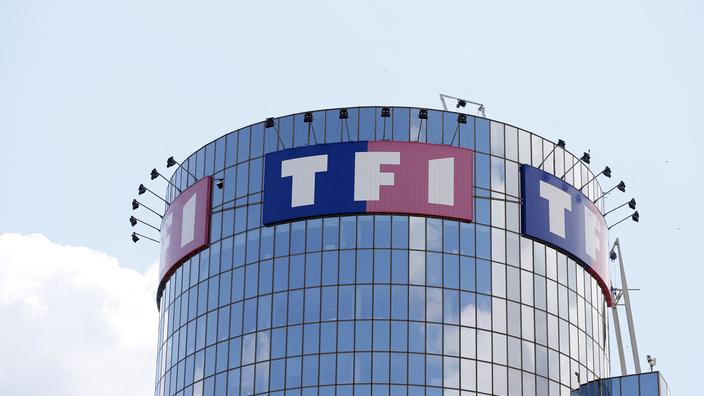 A few weeks after the announcement of its engagement with M6, the group posted a consolidated turnover of 1.13 billion euros in the first half.

A few weeks after the announcement of its engagement with M6, the TF1 group publishes its half-year results, showing good progress. Consolidated turnover rose almost 28% to 1.13 billion euros in the first half, above the consensus of financial analysts, and almost returning to its 2019 level.

Read also :Gilles Pélisson: “I fought for the TF1-M6 merger”

Above all, advertising revenue – its main activity – increased by 31% compared to 2020, reaching 802 million euros, thanks to a sharp rebound in the second quarter (+ 71% over one year). They nevertheless remain down 4% compared to 2019. “It’s a very good first half with a strong rebound compared to 2020, we are back to the performance levels of 2019, welcomed Gilles Pélisson, CEO of TF1, during the presentation of the results on Wednesday. This increase is mainly driven by the dynamism of television advertising investments in the second quarter.“. The group, like other media, was heavily penalized last year by the fall in advertising investment, during confinement.

In detail, digital advertising revenue amounted to 63.1 million euros, up 10.4 million euros compared to the end of June 2020. The MyTF1 replay platform notably saw its audiences grew by 21% over one year. The advertising revenue of the group’s websites (Marmiton, Doctissimo) is, for its part, down slightly. TF1 no longer maintains the objective of a return to a positive current operating margin for Unify (bringing together the digital activities of the Aufeminin, Doctissimo, Marmiton etc. group) in 2021, which was announced at the start of the year.

Eleven months after its authorization, segmented advertising is gradually finding its place, with around sixty campaigns carried out since January and an exclusive partnership recently signed with Le Bon Coin to reach small advertisers.

TF1, which increased its investments in programs by 31.2%, was able to capitalize on the success of French fiction, in particular the HPI series, and the broadcast of Euro 2020 despite stopping in the round of 16 of the course of the France team. The audience share for advertising targets increased over one year in the first half of the year, with 33.5% of the sales target of women responsible for purchases under the age of fifty (+0.8 points compared to 2019).

The end of the story is written at the end of 2022. It is too early to comment on the future of TNT channels after the merger with the M6 ​​group

“We are continuing to refine our multichannel strategy, and increase our investments in content production. Particularly in French fiction, which drew our audiences ”, indicates Gilles Pélisson. Over the first six months of the year, 45 prime time of the TF1 group had an audience of over 6 million viewers (compared to only 21 prime time during the same period in 2019).

In addition, the production activities of the Newen studios, present in seven countries, recorded a turnover of 145.3 million euros, up 45.6 million euros over one year. Newen’s activity is benefiting from a catch-up effect, following the postponement of certain productions planned for 2020, in particular in Canada and Belgium.

In the first half of the year, the group generated a current operating margin rate of 15%. And he is confident in his forecasts for the second half of the year. “The start of the school year will be ambitious with great entertainment but also event series such as A French Affair with a film cast (on the Grégory affair, Editor’s note). We expect a return of a double-digit operating margin, between 10% and 15%, for the year 2021 ”, says Gilles Pélisson. The group expects programs to cost between 900 and 985 million euros over the year.

Net income tripled to € 108.4 million, including the first exceptional charges of € 2.4 million related to the proposed merger between TF1 and M6. This operation, scheduled for the end of 2022, was unanimously approved on July 8 by the employee representative bodies of the TF1 group. It must now obtain the consent of the CSA (Conseil Supérieur de l’Audiovisuel) and the French Competition Authority, which must decide in particular on the market share that the new group would obtain in the television advertising sector. By bringing together the two entities, it would control more than 70% of the French market. The Trademark Union, which represents advertisers, had let it be known that it did not see this merger in a good light.

The law also prohibits the same group from broadcasting more than seven terrestrial waves, suggesting that the merger will lead to the abandonment of three TV channels. “The end of the story is written at the end of 2022. It is thus too early to comment on the future of TNT channels“, Indicates for the moment the boss of TF1.

Despite results exceeding analysts’ expectations, the price of TF1 fell 1.8% in mid-morning on the Paris Bourse.